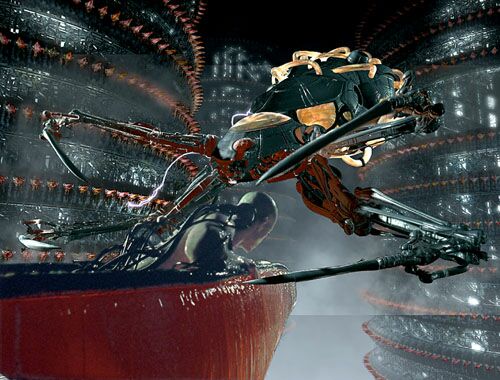 149
In "The Matrix Revolutions" How Does Neo Stop the Machine Weapons in the Real World?
30
Why did Agent Smith & co. pursue (pre escaped) Neo through the Matrix instead of going to his pod?
36
What are the machines in the Matrix doing?
12
Could genocide have ended the rule of machines?
10
Is Zion really the last human city?

27
What incentive do the Machines have to uphold the peace deal?
12
Could genocide have ended the rule of machines?
14
Why do the machines allow/initiate the building of a new Zion?
27
Why not enter the Matrix from Zion?
4
Why does "The One" need to be awoken from the Matrix
65
Was Agent Smith created by the Oracle and if so, with what purpose?
10
What do the initial redpills think?
5
Was the Key Maker really an exile?