Why are R2-D2 and C-3PO spelled phonetically in outside media?

Does anyone know why R2-D2 is spelled Artoo-Detoo and C-3PO is spelled See-Threepio in the script and in other media outside the movies?

I've always found this very annoying and it took away from the artificial-ness of the characters trying to make them more 'real'.

I always connected with these characters knowing they were man-made, but still showed emotions and, well, character.

Spelling their names phonetically ruins this illusion and makes me think they are TRYING to be more human or more like organic life, which I thought was never true to who they were. 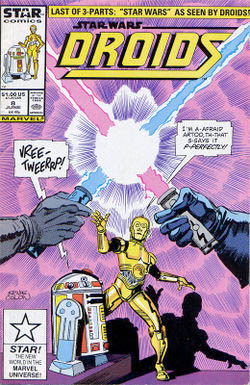 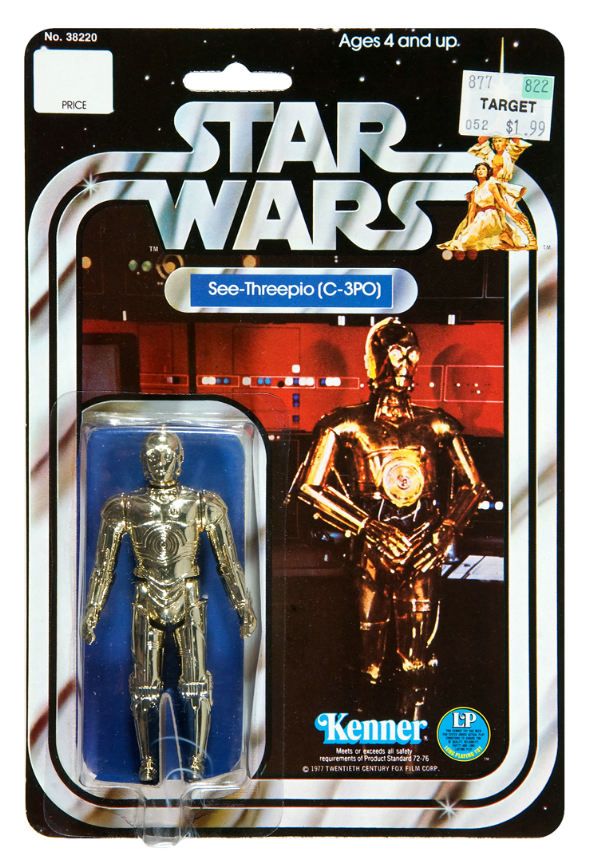 In a screenplay or script it's generally better to write things out as they are going to be pronounced, even if you wouldn't do that in regular writing. It's clearer for the actors, and since script length is often used to guess the running time, writing things out phonetically makes the script more "honest".

So that's why you would ever write something like "See Threepio" down instead of "C-3PO". Now the movie's been made and you want to start making toys. What do you put on the box? Well, you can't use the movie itself for reference, because the character's name isn't spelled out anywhere on screen. So you refer to the script, which has "See Threepio", which is kind of silly because everybody else writes "C-3PO", but the writing in the script is more "official", so you compromise and write both on the packaging.

You'd have to learn more about languages in the Star Wars universe to figure out what the names really are. Since they aren't speaking English, it's not clear if they are really acronyms (like R2D2), or if they just happen to sound like acronyms to us so we write them that way.

I couldn't find any evidence that this is indeed the reason, but it looks to me like a twist on Asimov's robot names.

When it comes to robots, there are three main traditions: Shelley (robots are artificial humans), Čapek (robots are out to enslave humanity) and Asimov (robots are for humans to command). Star Wars robots are Asimovian with a hint of Shelley.

It looks like Star Wars builds on this and throws numbers into the mix. The resulting names aren't common human names or nicknames, but this is a long time ago in a galaxy far away, they might use different names there (or something's been lost in the translation).

In most Star Wars books I've read (including the book-versions of the movies), the following convention was used:

"Keep quiet, Artoo", C-3PO said. (This is a made up example for clarification).

After some getting used to, this actually makes perfect sense to me, since the phonetic version is how the names are actually spoken, you can't really pronounce "R2" without turning it into "Artoo".

Because even Lucas did this in his original novelization?

The other characters commonly call the two robots by nicknames "Artoo" and "Threepio". These names are spelled phonetically even in the original Lucas novel. It's a natural extension to phoneticize their full "names".

Remember, the EU was developed before computers really took hold. Many authors still wrote on Typewriters, which require that much more effort to hit number and dash keys. Having to type it all out makes using phonetic spelling so much more desirable.

Its not like today when you can come up with place holder names and then simply tell the computer to replace the placeholders with the desired names.

As for why we still do it, it is now tradition and traditions are hard to break.

Plus, to be honest, I like reading Threepio rather than 3PO. It's just easier on the eyes.

15
Why is Obi-Wan written “OB1”?
43
Has anyone ever heard of a crazy interpretation of the original trilogy where Obi-Wan is really OB1 and a clone?

82
Why does C-3PO have a silver lower leg?
10
Why is C-3PO driving the landspeeder?
16
Why didn't R2-D2 and/or C-3PO spill the beans?
4
If C-3PO can speak “Binary” (aka: droidspeak) then why don’t we ever hear him speaking in bloops and bleeps like R2-D2 and other droids in the movies?
4
Why are the Dark Side's bases' “vitals” built on the outside?
8
Why was C-3PO shot and not captured?
42
Are Lightsabers ever used outside of combat?
98
How valuable are C-3PO and R2-D2?
9
Why do C-3PO and R2-D2 have different naming formats?
13
Which predictions of The Rise of Skywalker: Darths & Droids Bingo were correct?