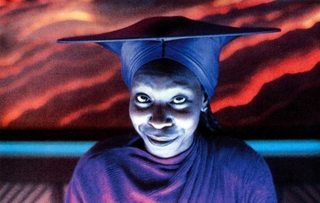 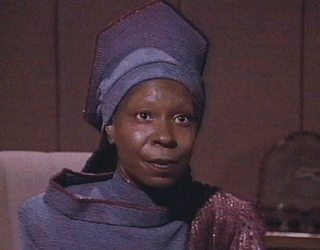 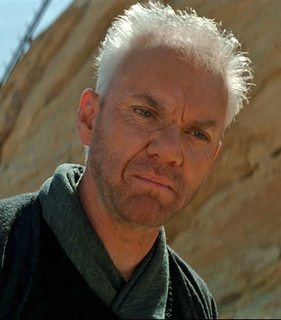 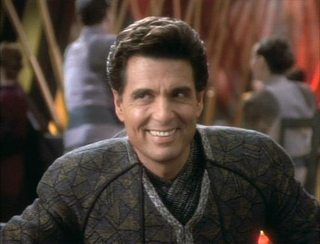 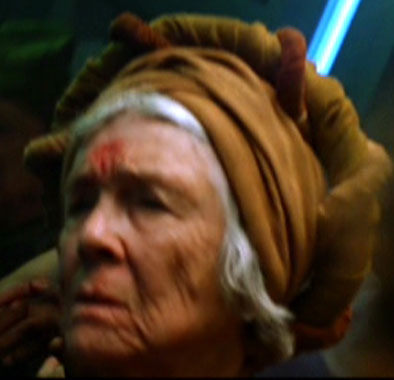 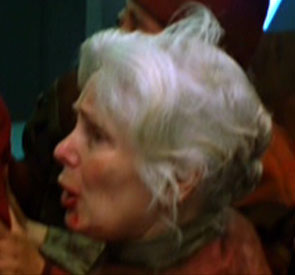 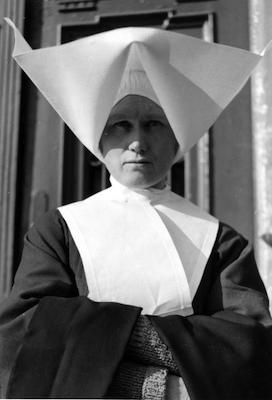 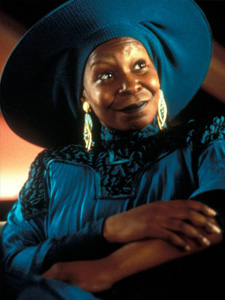 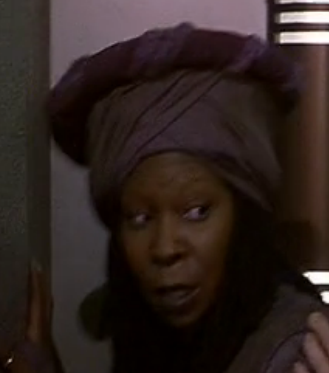 Guinan stole her hat design from these aliens: 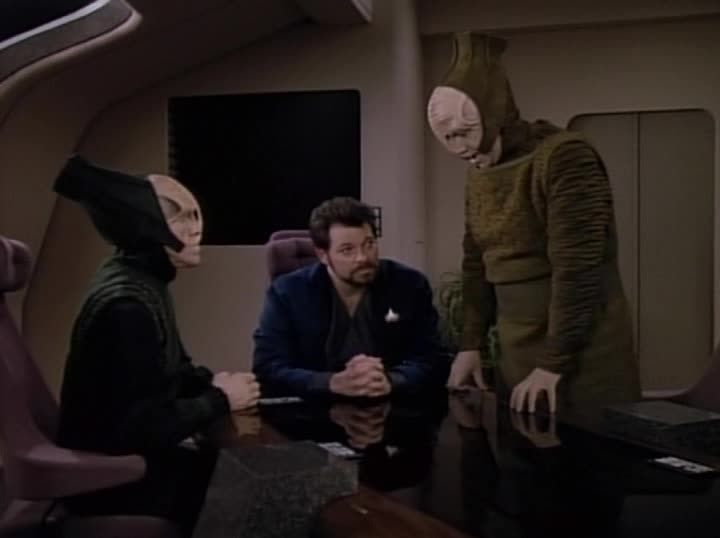 After she saw them, she asked the computer to replicate them, but with a much larger brim.