Book centered around a labyrinth/maze [duplicate]

I'm not really sure when I read this book (or series of books), but it was definitely when I was a kid, so I'd say at least 10 years ago.

It's about a maze which when successfully navigated, gives the person great power. One of the powers that I remember was that a singer who had navigated through the maze was able to use her voice eventually to kill people. Eventually you find out that the maze was created long ago by some race known as the illuminati. It's set in a civilization that is less advanced than it previously was (some kind of downfall event occurred) but they still are able to travel between worlds. I specifically remember some threat that travels between solar systems and destroys the stars (by entering the stars and devouring it from the inside out). Sometime during the course of the plot the male protagonist gains the ability to travel through time and he witnesses the more advanced civilization in the past. There's a part where he is imprisoned with energy cuffs but he actually is able to escape but chooses not to and he plays with the energy cuffs by willfully changing the color of it using his mind as hes escorted away. You also find out that the star destroyer/devourer/whatever is actually a person specifically a woman (that got corrupted by the maze?).

This was read many years ago so some of the plot I listed might be slightly wrong. Sorry if I rambled...

More than two centuries ago, angry and grief-stricken after losing Owen Deathstalker, Hazel d'Ark entered the Madness Maze-- which fed off her raw emotions and transformed her into the Terror, a force capable of devouring galaxies. To stop her, the recently resurrected Owen must use the powers he gained during his own stay in the Madness Maze-- and go back in time to prevent Hazel's transformation.

Now, without Owen to guide him, Lewis Deathstalker has no choice but to assume command of an Imperial fleet loyal to the Deathstalker legacy and lead it to victory over Finn Durandal, the despot who seized the throne. Lewis knows that he has been branded a traitor by the Empire. But when he learns that Finn has executed his entire family, his mission to overthrow his former friend's tyranny is second to his desire for revenge... 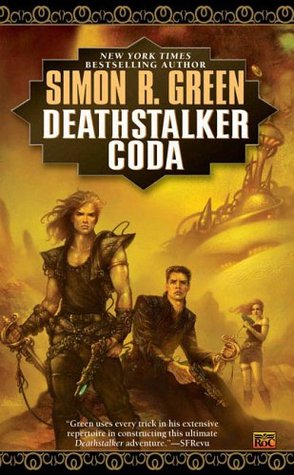 Could it be "The Man in the Maze" by Robert Silverberg?

It is the future, technology is advanced, lives are long, and the galaxy has been partially colonised by humans. Linking the disparate human worlds together are diplomats and agents who travel the starways. One of these men is Richard Muller, and now he has the greatest opportunity of his career.

Humans at long last have met an intelligent alien species. Muller is sent to make initial contact, but the mission does not go well. Muller is cursed by the aliens. His brain is modified so that his subconscious thoughts radiate from his mind. This makes his presence unbearable to humans. Embittered, he choses to live out his life in an abandoned city of murderous mazes on a long-dead planet.

For decades Muller is left alone, but suddenly he is needed again. Humans have made contact with a second and even more dangerous species, one seemingly bent on destroying the humanity. The only hope is Muller. His brain can broadcast the thoughts that might convince the aliens that humans are sentient and their equals.

A team from Earth make a perilous entry into the maze, confront Muller, and convince him to come to the aid of his former colleagues. 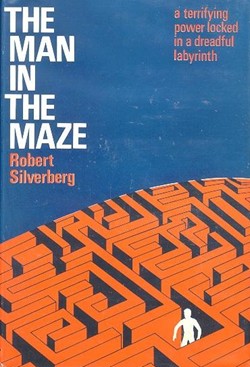 7
Title of a sci-fi book with time-travel and sentient dinosaurs
10
What science fiction saga has species at war over different kinds of stars?
6
YA Time travel/teleportation novel. Plot required using helmet (or other head gear)
34
What is the title of this book, whose title had something to do with measurement and a number, and civilization is in a geometric shape?
14
Story about a quantum hedge maze
7
Slow starship passed by FTL starship. Upon arrival finds society has evolved past them
6
80s (or earlier) sci fi book, humanoids bossed around by aliens