Don't recall too much about the show except for several things:

One of the main characters goes blind, he is a swordsman/samurai

There is one scene where people of the village are committing mass suicide with the promise of heaven for those who do. In this scene, a young boy attempts to commit suicide when he stopped by a young girl who asks him where he's going. In response, he says, "I'm going to heaven Sara"

The opening song of the anime was in Japanese but the anime itself was dubbed. I can't recall too much as it was 10-13 years ago, when I was only about 5 years old. But I remember those certain traits of the anime very clearly. Would very much appreciate an answer :)

***So I'm not exactly sure how accurate this recollection is BUT if I'm right it might help in identifying this anime. If I recall correctly, the swordsman that became blind had orange-brown hair.

A little addition to the music video/opening is that it was pretty dark, lots of shadow effects.

If you dont' found it yet, take a look at Shigurui. It doesn't match all the traits you cited, but has a blind samurai (he appears as a blind warrior in the very first episode, and the events that caused his blindness are explained in later episodes).

The story begins in 1629 Shizuoka during Tokugawa Tadanaga's rule. The daimyo staged a tournament where the participants fought with real steel Japanese swords rather than bokken ("wooden sword"), against his vassals' strong objection. The story revolves around the first match between the one-armed swordsman Fujiki Gennosuke and the blind samurai Irako Seigen and deals with the circumstances that led the two to participate in Tokugawa's tournament.

PS: sorry for any grammar mistakes, I'm not a native english speaker.

you are probably talking about samurai x / rurouni kenshin. he goes blind in the series i believe around season 3 tho. It ran on cartoon network (toonami) from 1996-1998. Hope this is the one you are looking for, it is possibly one of the best anime of its kind next to samurai champloo to date.

if you haven't found it yet.. I am almost positive its this one. There are very few anime with an orange haired samurai as the main protagonist. You say its not this anime, but have you taken into consideration that you may have been watching the third season of it? this is the opening to season 3, it seems to fit your description well.

The anime that you are talking about sounds like Samurai Champloo. In episode 20, they introduce a new character named Sara who is a blind musician.

Could it be Samurai Deeper Kyo? It first aired in 2002. Akira turns blind later in the series. Here's his image: 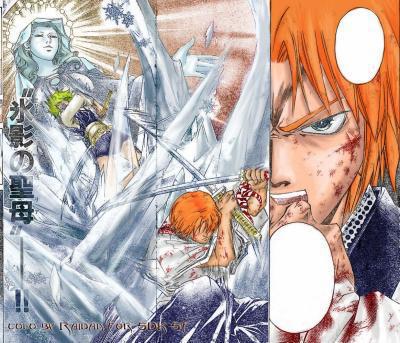 The anime you are looking for could be Peacemaker Kurogane. It's a fairly dark show, with samurai and fits the timeframe you saw it in. However I haven't actually watched it myself so I can't speak for the story.

The story is focused on the main character, Tetsunosuke Ichimura, who is an energetic, short, and very childlike fifteen-year-old (16 in the manga). He and his older brother Tatsunosuke are left to fend for themselves after the vicious murder of their parents. While Tetsunosuke wants to get revenge, his pacifist brother is not so inclined. "Tatsu" joins a special police force dubbed the Shinsengumi, as an accountant to earn a living, his brother "Tetsu" wishes to join as a soldier to seek his revenge. The story chronicles Tetsu's trials and tribulations as a struggling page craving redemption. He develops relationships with all the legendary members of the Shinsengumi army helping them with their various struggles as he constantly battles his own against himself. At the story's climax, Tetsu discovers himself and the overwhelming responsibility the power he is searching for holds.

The opening of Peacemaker is energetic and the singer do repeat with emphesis "come on", which could sound like your "come home".

Was the anime Rurouni Kenshin?

If I recall correctly, the swordsman that became blind had orange-brown hair. 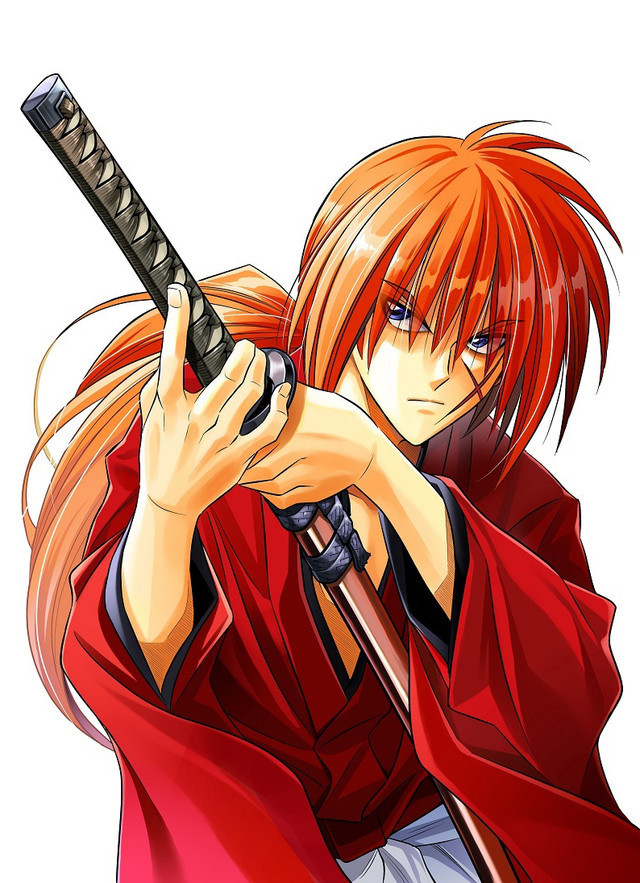 He gets blinded by another character, Amakusa Shogo.

The only opening doesn't 100% fit. For a start, it's sung by a female. It's somewhat shadowy, especially in the start and middle, and it is energetic, but there's no mention of 'my home' (though it's possible you're remembering what appears to be "omo" right near the end at 1:23).

I can't seem to find any evidence of a suicide/heaven storyline via searching unfortunately. It's possible that it exists but I'm not using precise enough search terms.

I'm Gonna Be An Angel! is the story of Yuusuke Kamoshita who is living alone until he literally stumbles across a naked girl in a forest, a very energetic girl named Noelle. Noelle and her entire family proceed to move into Yuusuke's tiny home, replacing it with a huge plastic-looking castle, and disrupt his life. Shortly into the series, Yuusuke writes a note to his crush Natsumi Suzuhara apologizing for a few "incidents", in which he also exclaims that she is an angel to him. Noelle later finds the note and decides she wants to be Yuusuke's angel. Silky and her minions interfere as the series goes on. 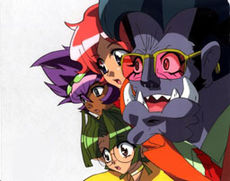 JustinJustin
1
2
Add a comment  |
Highly active question. Earn 10 reputation (not counting the association bonus) in order to answer this question. The reputation requirement helps protect this question from spam and non-answer activity.

3
What dark anime show had a character with organic armour who fought for good?
11
Story Identification: Colonists Adapting to Alien World
10
Japanese movie with girl who goes boom at the end
12
Anime about half-human girls who fight monsters?
10
Anime about boy & summoning monsters
4
Anime movie where a girl meets a butterfly/moth boy
7
Sad oneshot manga where a man helps a woman commit suicide again and again because she keeps coming back to life