This was a children's book that would have come out in the early to mid 80's in America. The edition I remember was a slim, paperback chapter book with no interior illustrations.

The plot involved a young boy who finds a mermaid's purse (shark egg case) on the beach and brings it home. He puts it in his aquarium, where it hatches. The boy feeds the baby shark with vitamins, which somehow give it the ability to breathe air and levitate - it swims through the air as well as the water - and instead of an insatiable killing machine, it's a friendly pet. He tries to keep his flying shark a secret, and I recall a specific scene where the shark is floating in the front window of his house and he tries to pass it off as a balloon. I think he might have 'walked' the shark on a string, like a balloon, also. In the end, the boy is forced to release it back into the ocean.

I've tried all kinds of keyword combinations to look this up, but there's just too darn much about sharks on the internet, so hopefully someone with better memory can help out.

You are of course referring to the excellent "The Shark in Charlie’s Window" (otherwise known as "The shark in the window") by Keo Felker Lazarus.

Trisha Tanner's review is essentially identical to your own;

"After Charlie finds a shark egg on the shore (when what he really wants is a dog!) he takes it home and watches it hatch. Feeding it an odd combination of vitamin E capsules in hamburger, the shark (Nipper) begins to grow and FLOAT!! Much mayhem ensues. This is a great, fun kids read!" 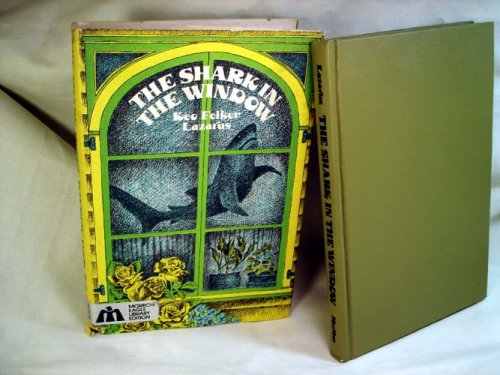 3
Movie about flying shark type of creatures
11
Children's Book Involving Witches, Flying Cars, and a Mysterious man who sacrifices himself for the protagonist
10
Book about children and hot air balloons, possibly steampunk
8
Children's book about a cat accepted into Heaven
6
Book Identification - Children's sci-fi book about videogame aliens
8
Children's fiction book about the multiverse
10
Children's Book of short stories about dragons
5
1990s children's book with environmental message about a child flying in his bed