Are there any episodes of Star Trek: TNG where they actually go to a star?

Quoting from an episode of Community:

Why don't they call it "Planet Trek"? [They] never go to a star. Not one episode.

But I'm fairly sure that in at least one episode they're deliberately visiting a star before something spacey happens to it.

For my purposes, I'll define "go to a star" as "deliberately heading to a star" in particular.

Hopefully there's at least one long distance trip ("There's a star exploding! Let's go watch from inside the blast range!") but the short distance trips ("I can't see anything going wrong if we fly inside a miasma of incandescent plasma.") count as well.

Going to Mars doesn't count as going to Sol, though, nor does drifting or being knocked into a star by mistake. Incomplete trips also count; if they're heading towards a star to take pictures and Q randomly puts them into a game of Minecraft, it still counts.

In TNG Suspicions the Enterprise flies to a star named Vaytan to facilitate a meeting of guest scientists to learn about a new shield that would allow a vessel to enter a star's corona. They fairly ignore the planets there and are purely focused on the star and on the shield - which seemingly failed. Until it is discovered

that the shield indeed works, but one of the guest scientists rigged a failure and faked his own death so he could steal the technology. 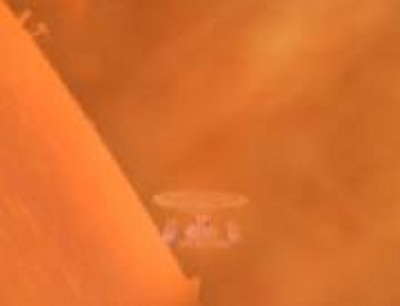 In TNG Evolution they, let me quote from Captains log,

Captain's Log, Stardate 43125.8. We have entered a spectacular binary star system in the Kavis Alpha sector on a most critical mission of astrophysical research. Our eminent guest, Dr. Paul Stubbs, will attempt to study the decay of neutronium expelled at relativistic speeds from a massive stellar explosion which will occur here in a matter of hours. 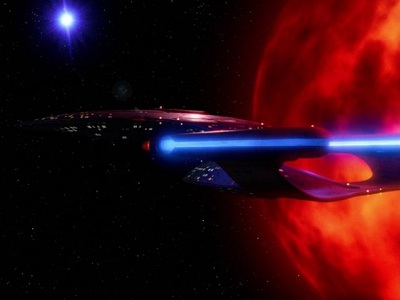 In TNG The Naked Now they are flying to a unnamed red giant which is about to explode. This proves problematic because it causes the crew to develop symptoms as if they were drunk. They had a hard time escaping

but they made it - thanks to Wesley and Data. 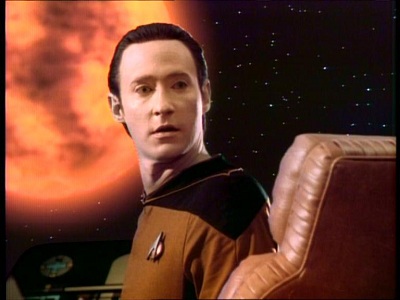 In the episode Tin Man, the Enterprise is dispatched to Beta Stromgren to investigate a ship orbiting that star when it is about to go supernova.

the ship is alive and attempting to commit suicide. Tam Elbrun, a Betazoid, has been communicating with the ship telepathically and knows all this.

In the TNG episode "Symbiosis", the Enterprise D goes to the Sun in the Delos system to study its solar flare and magnetic cycle activities.

In the episode Ship in a Bottle, the Enterprise goes to observe the collision of two gas giant planets -- an event that could cause the formation of a new star. And if the holographic Professor Moriarty doesn't get his way, they could be watching from way too close.