Does Wolverine still get his adamantium skeleton after Days of Future Past?

At the end of X-Men: Days of Future Past, we see

Stryker pulling Wolverine out of that river. But Stryker turns out to be Mystique...

What I'm wondering is:

if Stryker doesn't get his hands on Wolverine, does Wolverine ever get his adamantium bone job?

Plus I guess this is now an alternate time line, so there's probably no canon that covers this.

Wolverine will still likely end up with an adamantium skeleton. There is simply too much time between when he is recovered and when we see him in the future for such a continuity gap to occur.

It simply says for the moment, Wolverine is rescued by Mystique instead of Stryker. Since Stryker is still alive the potential for Weapon X, a program derived from the same program which created Captain America (in the canon Marvel Universe) still has a possibility to exist. Trask is also still alive and given that Stryker and Trask know each other, there is nothing stopping them from working together in the future if they can get a fiscal benefactor.

As a matter of fact:

UPDATE: With the release of X-Men Apocalypse:

We are re-introduced to Weapon X (Hugh Jackman reprises the role of Wolverine) being held in a mountain fastness by presumably Stryker and other agencies. Weapon X is released and has adamantium claws and anger management issues.

There is no answer for this question... All that we can do is speculate...

Since the timeline is altered heavily due to the actions throughout the movie Wolverine is shown at the end talking to Professor X saying so I'm a history teacher... and he proceeds to say that he needs help regarding history since it probably changed.. Everything after that year that was they were at. So because history is heavily altered there's quite a few things that may have been altered. The entire origin movie for Wolverine regarding how he got his skeleton most likely changed, the events of The Wolverine might still have happened considering he saved the Asian Guy in 1945, and pretty much all of the original X-Men movies probably did not happen as far as we know. Granted that similar stuff might have happened because at the end of the movie you see quite a few of the characters from previous X-Men films at the academy in the future such as Rogue, Iceman, Jean, Cyclops, Professor X, and Beast. As far as Wolverine getting his adamantium skeleton, we definitely do not know yet... Most likely in future X-Men movies this will be reconciled.

The only thing we know for sure is that the timelines divert as evidenced by this graphic of the timeline.

Yes, Wolverine still ends up getting his adamantium claws.

They can be seen in one of the recent trailers for X-Men: Apocalypse, which takes place 10 years after the past-events of Days of Future Past. 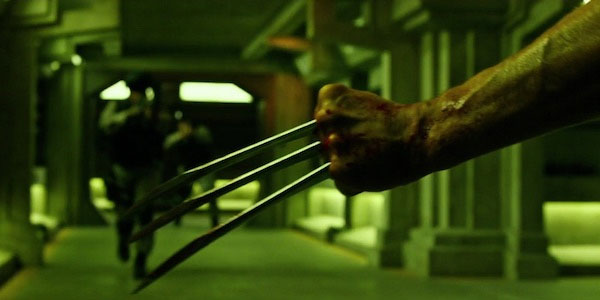 Simon Kinberg explains to Cinemablend that time finds a way, and Wolverine still somehow ends up working with Stryker and getting his claws, but that the hows-and-whys will be left unexplained.

One of the things we talk about in Days of Future Past - there’s a scene where Hank/Beast talks about the immutability of time. Basically, you can change the way the future goes, but it finds its way back. So while we don’t show how, it found its way back to Wolverine being part of Weapon X and under the thumb of Stryker, that’s the idea.

Remember striker got mystique's DNA? He already turn himself into another mystique. As for how come he turn into mutant since he hates mutant so much?? It's because history is changed. Therefore wolverine still will have his nice metal claws.

edwinedwin
1
1
Add a comment  |
Highly active question. Earn 10 reputation (not counting the association bonus) in order to answer this question. The reputation requirement helps protect this question from spam and non-answer activity.

11
Is X-Men Origins: Wolverine canon?
3
What's with the shape of Wolverine's claws in the future?
1
Why is Mutant X in a cage? Is this after/before X-men Days of future past?

27
What timeline is the post-credit scene at the end of The Wolverine in?
11
Is this character being impersonated?
11
Is X-Men Origins: Wolverine canon?
1
How could Wolverine say he remembers everything?
21
In which order should I watch the X-Men movies to know Wolverine's full sequential story?
10
If mutants can travel in time, why do they not change more events?
8
How was Azazel captured?