How many Rings has each of these Green Lanterns ever held?

I realize that many Green Lanterns has/have multiple memberships in different color Corps. Can anyone tell me the number of rings (and colors) each one "has ever used" please? Regardless if it was at the same time or a different one.

So to narrow the question down, please list the numbers of membership(s) ever held by the following Green Lanterns please. I am trying to determine who has achieved the most rings.

Kyle Rayner has worn each color of the spectrum and is the White Lantern. 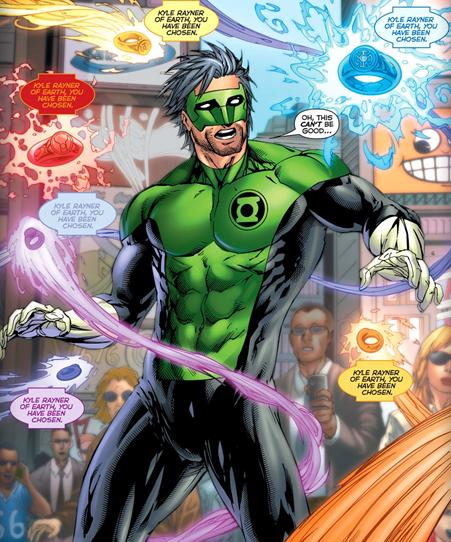 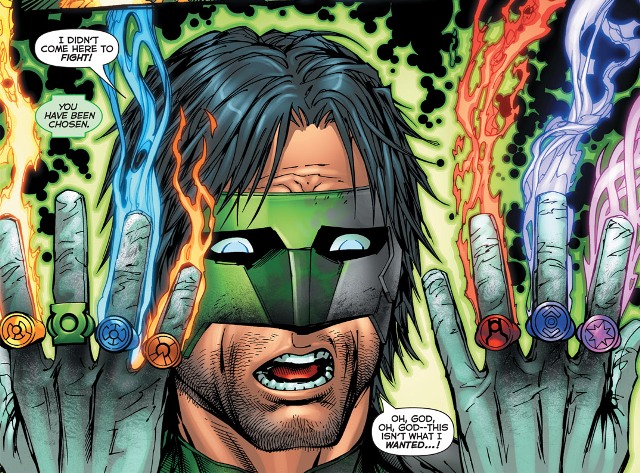 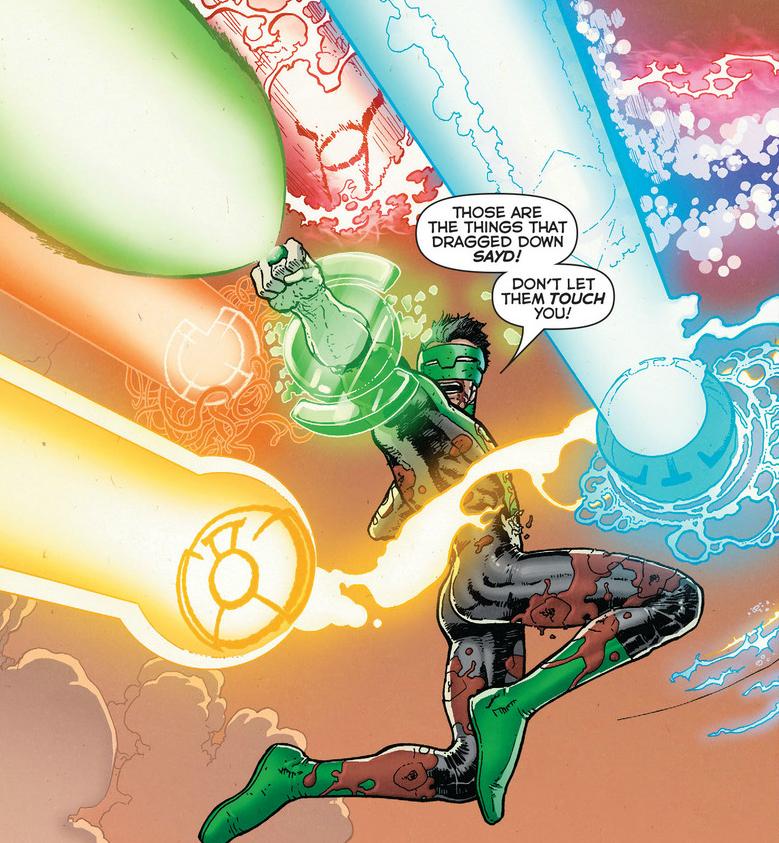 As a general rule, each Green Lantern has one green ring.

This is more than just a general rule for the Green Lantern Corps, in fact: with the exception of the Orange Lanterns (all of whom are Ring Constructs of people Larfleeze has killed and/or eaten) each Lantern is a member of a single Corps and has a single ring.

There are very few exceptions:

Frankly, I'd be willing to guess that Hal has worn more rings than anyone else, because the War of Light was seen by many writers as a way to dress Hal up in as many costumes as they could.

All of the above happened during the War of Light. Further back in time, Sinestro gave up his Green Ring in favor of the first Yellow Ring (alternatively, as the backstory changes, he was given the boot from the GL Corps and forged the Yellow Ring).

Guy Gardner wore a Yellow Ring for a while, back before he became the Warrior (let's not talk about that, ok? It was the 90s, it was a bad time). This was the ring he used when he went up against (and was put down by) Doomsday. He couldn't use it very well (he didn't speak the language it used) but he made it work well enough. Batman still put him down with one punch.

Long story short: it isn't common for any Ring-based hero to use more than a single ring at a time, or for them to use rings of different colors simultaneously.

During Blackest Night, Black Rings found dead (and later, formerly dead) characters. Many dead Lanterns were risen as Black Lanterns, but they didn't retain any of their former colors.

As has been mentioned in previous answers, Kyle Rayner has worn a ring of every color of the emotional spectrum and is the only White Lantern (which also encompasses all colors of the spectrum). 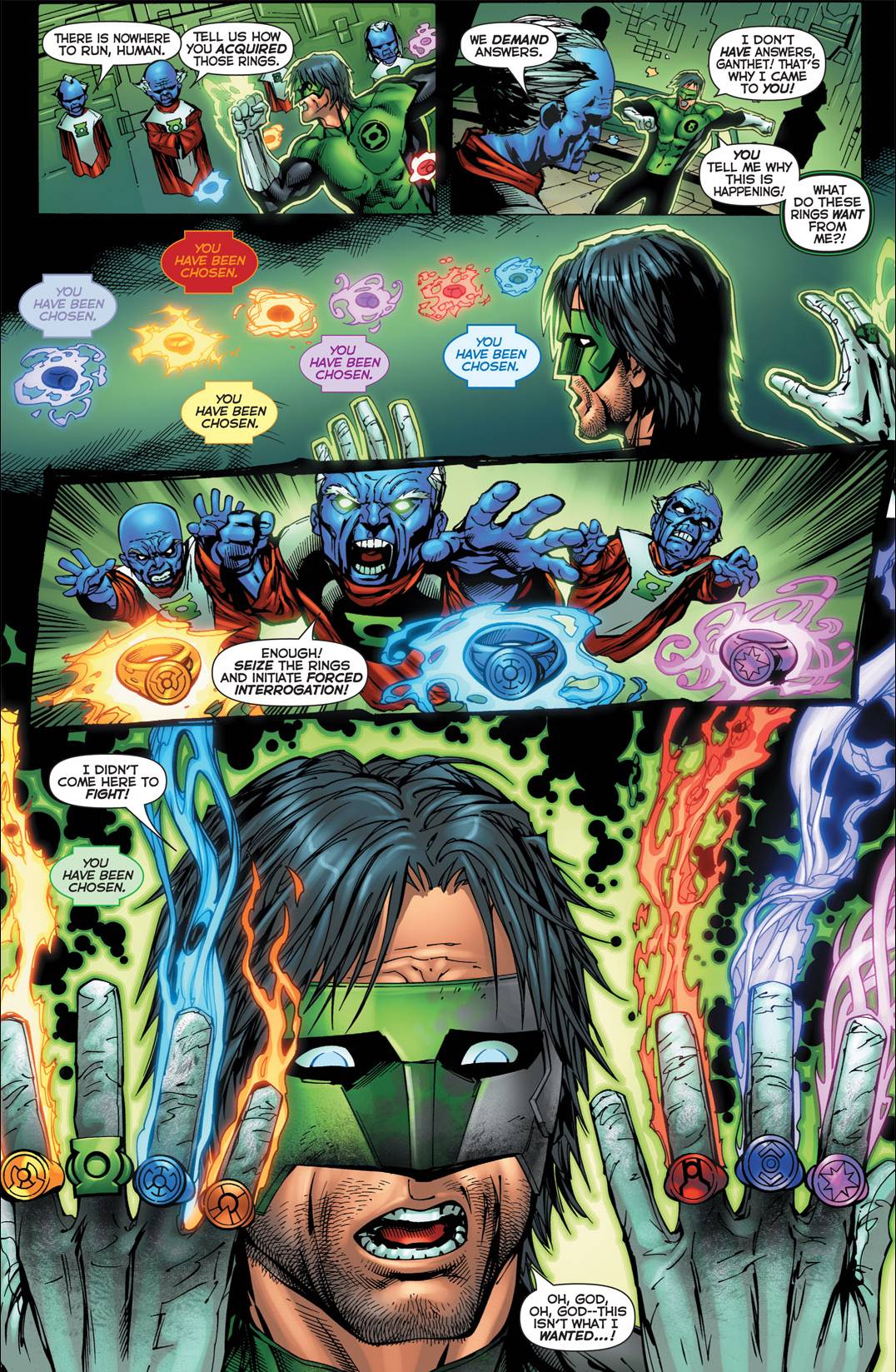 During the "Emerald Twilight" storyline, Hal Jordan, enraged by the destruction of Coast City, rampages toward Oa to take revenge on the Guardians. The Guardians send all their best Lanterns to try to stop Hal, but Hal beats them one by one and takes their rings.

This scene shows him wielding ten rings at once: 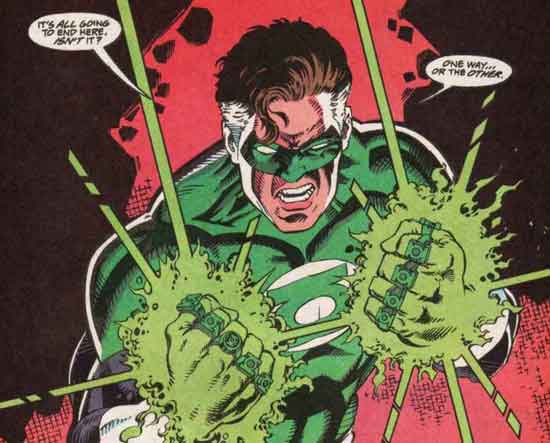 And this cover art (so, take it for what it's worth) shows him wielding no less than thirteen: 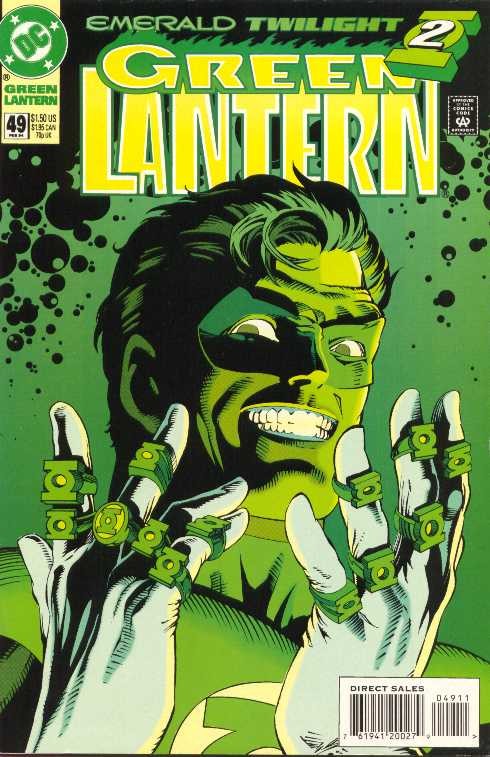 With the exception of Orange, Black, White, Phantom, and Ultraviolet. Guy Gardner has had them all. 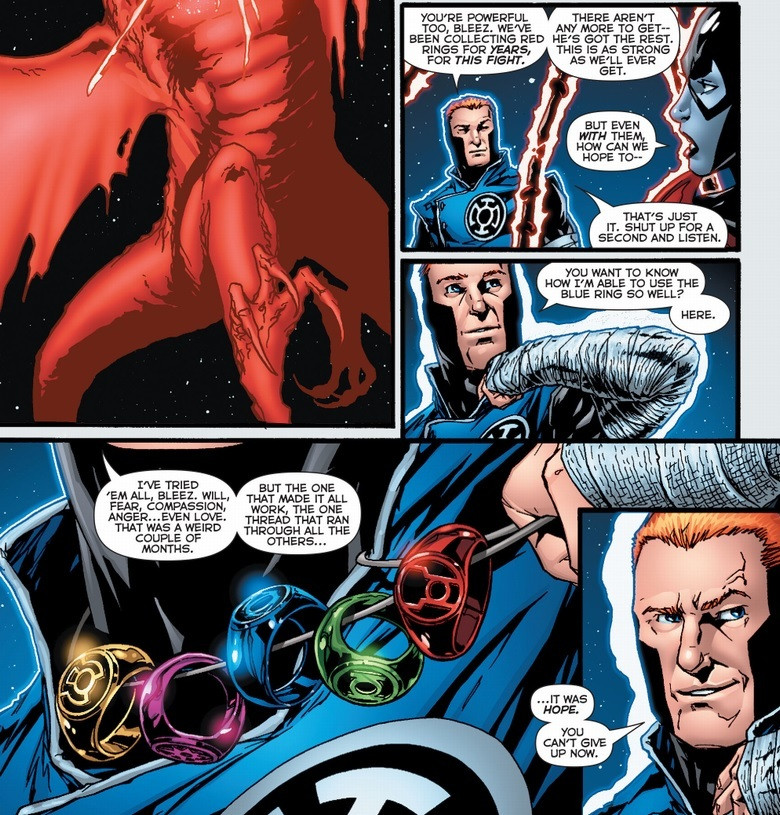 Going strictly by the list of characters given in the question, and the known ring colors, which as of February 2020 are Red, Orange, Yellow, Green, Blue, Indigo, Violet, Black, White, Phantom and Ultraviolet. The last two have been introduced recently, Phantom in DC Rebirth's Green Lanterns and Ultraviolet in Justice League (2018 run).

For the sake of readability, all panels are linked to but not included, as it would distort the bullet list.

36
Why does Earth have 4 Green Lanterns?
5
How does one become an Honor Guard?
5
Could Green Lantern: The Animated Series be considered part of the DCAU?
5
How do Green Lanterns breathe in space?
6
What's up with Guy Gardner's Yellow Ring?
2
How many Green Lanterns has Earth had?
10
Fear is the enemy of will, but what is the enemy of fear? (And the rest of the emotional spectrum)
5
Has John Stewart ever worn a mask to conceal his identity?
3
Green Lantern comic with Hal or Guy offering another character a pack of alien beer
2
Which Green Lantern is seen in the nightmare scene from Zack Snyder's Justice League?