Did Chris Claremont have to change his long-term plans for the X-Men in the early '90s?

During the early '90s comic book industry boom, the X-Men received a massive overhaul and a new #1 issue, one that would go on to become the Guinness-certified official best-selling comic book of all time. X-Men #1, with a cover date of October 1991, marked the return of the original five X-Men to the team (they were previously members of X-Factor) and the creation of the Blue and Gold teams that most casual '90s fans remember. Jim Lee's classic redesigns also debuted in this issue; those are the looks that would be used for the '90s animated series.

But the trading cards published at this time tell a completely different story. 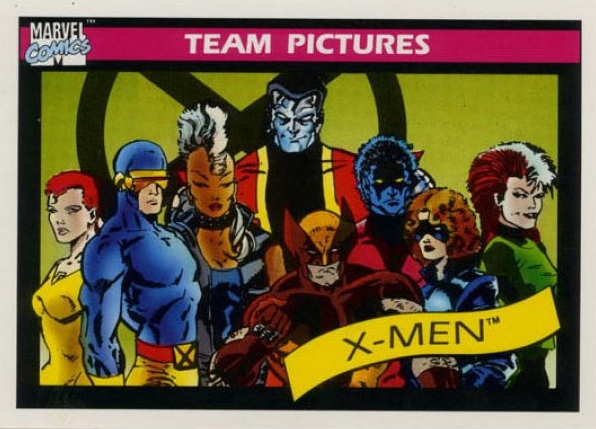 The other card depicts what it calls the "latest roster" as of 1990. The problem is, it's a roster that never even came close to appearing in the title. 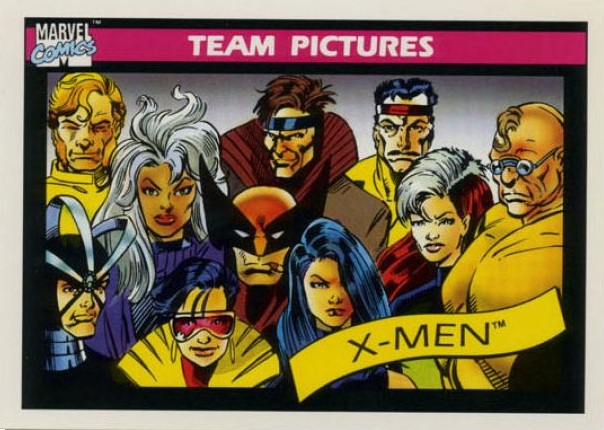 Regarding the Uncanny X-Men roster for 1990, there wasn't one. This card was published during a time when Chris Claremont and Jim Lee were following former X-Men on solo adventures. But this doesn't appear to be a placeholder card meant to represent the various characters being featured in Uncanny X-Men for a number of reasons:

On top of having a trading card made, this same roster even had promotional art made for it, adding in Beast (below is a modern, recolored update of the 1990 image). 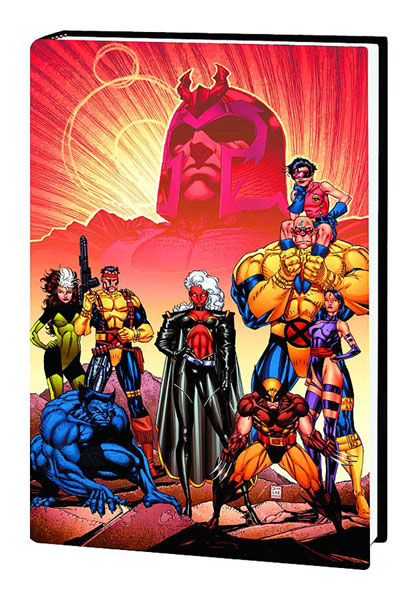 Without knowing the actual release dates of the trading card set, it's hard to determine what comics they were basing this roster off of. However, the problem persists in the Marvel Universe Series 2 trading card set from 1991, the same year that the iconic X-Men #1 was released. 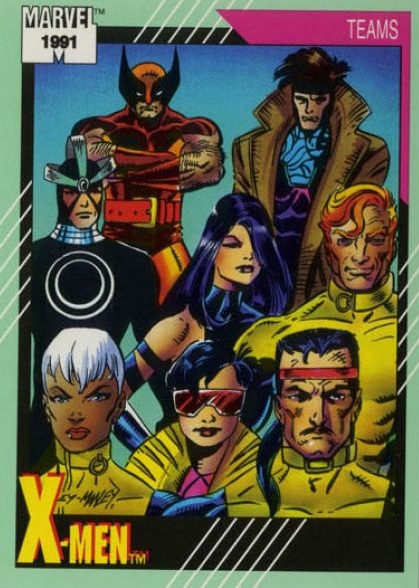 This one is also problematic because even though it doesn't reflect the roster that debuted in late 1991 (which is understandable, as this set was probably made in late 1990/early 1991), it does not even depict the set-in-stone, definitive roster that starred in Uncanny X-Men prior to the late 1991, Jim Lee relaunch with X-Men #1. The trading card should have looked like: 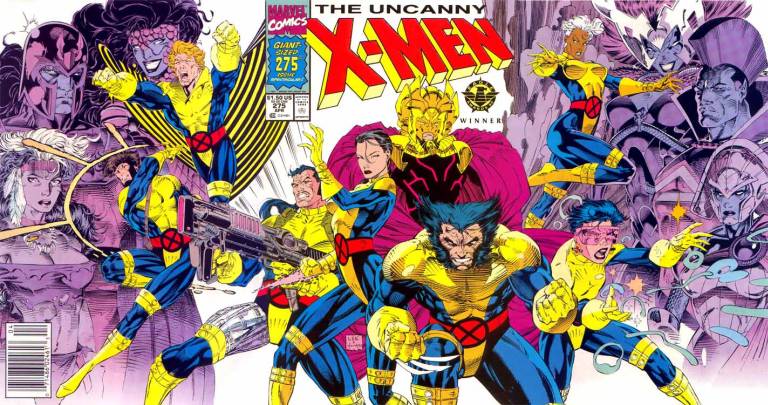 Granted, the only differences are Havok's inclusion and the lack of team uniforms. But again, why was Havok included when, again, he was a brainwashed Genoshan Magistrate at the time? Was he intended to be part of this lineup after that storyline?

My question is, do these rosters represent ideas that Chris Claremont had for the future of the X-Men before it was decided to launch a Jim Lee-driven X-Men #1 in late 1991? Or were these just glaring mistakes, preserved forever in trading card format?

My question is, do these rosters represent ideas that Chris Claremont had for the future of the X-Men before it was decided to launch a Jim Lee-driven X-Men #1 in late 1991? Or were these just glaring mistakes, preserved forever in trading card format?

My guess is a little of both. Chris Claremont was supposed to write the 1991 X-Men title but left after only three issues, so it's likely that he had plans that were later dropped or altered. There were so many X-Men titles at the time though, that it's also possible that the second card is just a mixed roster from several different teams. Havok and Strong Guy appeared on the revamped X-Factor in 1991. It seems plausible that the plans for this book were already known when the cards came out in 1990. Most of the other X-Men depicted (except for Beast) appeared either in the Uncanny X-Men, the new X-Men, or both. (It was about this time that Wolverine apparently gained the power to be in 10 places at once, an ability that he retains to this day.)

20
What is the status of the Xavier Institute for Higher Learning's accreditation?
5
What mental troubles did Forge have, and why didn't he go with the X-Men?
13
Uncanny, Astonishing, Ultimate and Legacy...How does this tie in with X-Men?
8
X-Men: Why didn't Psylocke notice Jubilee's presence in the Australian outback?
10
Has Wolverine ever changed the silicon seals in his hands?
6
Why did Berry change Storm's accent from the first X-Men movie?
10
Was there a one-off Spider-Man public awareness / anti-drug comic given away with chocolate pudding in the early 90s?
11
Did Bryan Singer make up the idea that Magneto's helmet blocks telepathy?
4
Does Storm have any family, i.e. are Spyke and Mij'nari canon in the main Marvel universe?