Is C-3PO's half silver leg in the original movie or was it one of the digital alterations?

When watching the new Blu-ray version of Star Wars: A New Hope I noticed C-3PO's half silver leg. I saw the original movie at the theater many times and do not recall seeing it before. Is this one of the alterations George Lucas made in converting the film to digital, or was his bottom right leg always silver?

The silver leg was definitely there in from the beginning:

On the cover of The Story of Star Wars, a 1977 record album presenting an abridged version of the events depicted in the film Star Wars, you could clearly see C-3PO's half silver leg. 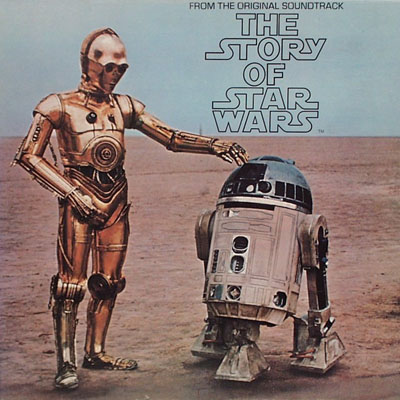 Yes, in the original Star Wars: A New Hope the lower part of C-3PO's right leg was always silver. 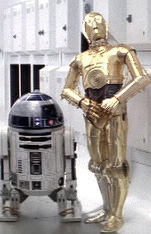 I think the reason many who saw the first film don't remember the silver leg can be attributed to two things:

It was originally there, it's not a digital alteration. This has been debated by fans for a while, but if you can't trust Yahoo! Answers, who can you trust?

(To summarize my now-broken link: lots of people argued for hundreds of pages, and decided that the leg was ABSOLUTELY silver the whole time AND there was NO DOUBT it was gold originally, and everyone is really mad about it.)

15
Were the Sith originally called "The Damned?"
10
Is There Any Definitive List of Revisions and Retcons in the Star Wars Movies?
5
Is there any connection between Mace from Caravan of Courage and Mace Windu?
14
Does the novel "Tarkin" include an obscure reference to Peter Cushing's wardrobe problem from Episode IV?
8
Is there a significance to the unit number 366117891 in the Marvel A New Hope comic adaptation?
10
Where did the claim that George Lucas did NOT intend to make nine Star Wars movies originate?
62
Was there a Biggs Darklighter scene on Tatooine in "A New Hope"?