This was a young adult book/s. There were a good four or five books in the series. The books are pretty short as it's easy reading.

You're describing the "Time Travelers Quartet" by Caroline B. Cooney.

Annie Lockwood is watching her boyfriend, Sean, while he fixes his car, and she questions whether or not this is the right relationship for her. Then later, while she looks through the amazing Stratton Mansion she is wrenched from her time (approximately 1995) back 100 years into the past. In this past, she meets the inhabitants of the house, including a young man named Strat [Lockwood Stratton]. Murders happen in the house, and Annie soon falls in love with Strat, and she ends up going back and forth between the two time periods, But where will she end up? And with whom?

In the second book, Strat ends up in an insane asylum

While in New York, she slips back one hundred years into the past, only to discover her one true love, Strat, was put into an insane asylum. He was put there because he insisted Annie was real, even though she mysteriously disappeared and everyone else decided to forget her existence 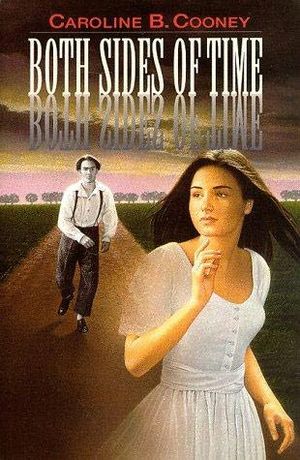 7
Movie about a boy who accidentally went back in time and ends up on a battle field
19
Identify a catastrophic sci fi story written before 1980: ruptured spleen, alien moon base, time and space travel, antimatter tool
8
Book series with people transported through time by magic
11
80s/90s fantasy book: female protagonist, demon-related magic, "knife"/"blade" in title...?
20
Early 2000s movie about time travel, protagonist travels back to save girlfriend, then into multiple points in future
7
Time travel in Doraemon - was the Stable Timeloop effect ever really adverted?
11
Novel about a girl using a tomb to travel to medieval times
13
Young adult time-travelling book with the tag-line "what if you could slip in and out of time"