Searching for a SF novel, I believe from the early 80s, where colonists who awakened early on a massive colonizing starship survive for generations by cannibalizing the tens of thousands of frozen colonists that remained in cryogenic suspension. Novel didn't focus on horror, and if I remember correctly, the living colonists treated their frozen companions/food with an almost religious reverence before consuming them. Drama revolves around the "food source" running low as the ship approaches a habitable planet. "Ark" may have been part of the title, but an exhaustive Google search didn't turn up the book I was looking for. I believe the cover of the mass market copy I read as a kid just showed a large, minimalist spaceship with a star field behind it. Thanks in advance for your help.

I haven't read a novel of this, but it sounds very much like a movie I've seen, Pandorum, except for the reverence part ...

On the other hand, after reading about Pandorum, this question reminds me that Hull Zero Three by Greg Bear is quite similar to Pandorum. 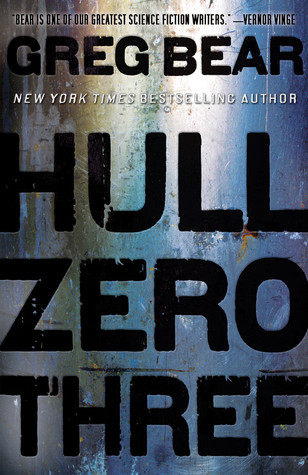 HULL ZERO THREE is an edge of your seat thrill-ride through the darkest reaches of space, from one of the genre's biggest names. Perfect for fans of Arthur C. Clarke's RAMA or the film EVENT HORIZON.

A starship hurtles through the emptiness of space. Its destination - unknown. Its purpose? A mystery. Its history? Lost.

Now, one man wakes up. Ripped from a dream of a new home, a new planet and the woman he was meant to love in his arms, he finds himself wet, naked, and freezing to death. The dark halls are full of monsters but trusting other survivors he meets might be the greater danger.

All will be answered, if he can survive. Uncover the mystery. Fix the ship. Find a way home. 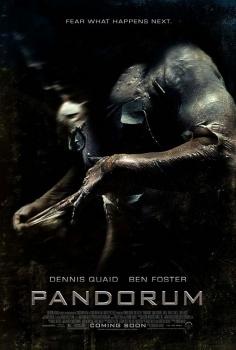 The premise is that a massive ship which parallels Noah's Ark is lost in space almost out of power, roamed by spear-wielding, scar-covered, bone-spiked armored Hunters akin to Morlocks. They are physically superior to humans and this leads to a state of chaos making it every man for himself for the humans on board. The film's title is a nickname of fictional psychosis called "Orbital Dysfunctional Syndrome" (ODS for short) caused by deep space and triggered by emotional stress leading to severe paranoia and delirium along with nose bleed, which prior to the current events caused the captain of a ship named the Eden to believe the flight was cursed. The mystery is centered around what's going on, what had happened on the ship for it to reach its current state, what is the mission, what happened to the rest of the crew, what the creatures are, and where they came from.

This theme was used in the 1st book of the Bio of A Space Tyrant series.

Not the answer you're looking for? Browse other questions tagged story-identification aliens space-colonization suspended-animation or ask your own question.

7
Is there a novelization of Pandorum?

13
Novel where one of the characters is a sentient starship?
12
Book Identification: young adult sci-fi with a Christian slant/influence 90s/80s novel part of a series
10
Novel about colonists on new world
9
Novel about humans on a frozen planet
6
Flooded world novel. Scottish dialogue. Frozen pods holding disease victims