I remember reading it while in middle school in English in the United States, so the latest it would have come out was 1998. I don't remember if it was all one author, or even the same universe. These are the stories I remember:

I don't remember if the first or the second story was the actual first story of the collection... I want to say that those are the order that they showed up as in the book.

You're referring to "The Nanotech Chronicles" by Michael Flynn, an anthology of his own nanotechnology-themed stories. 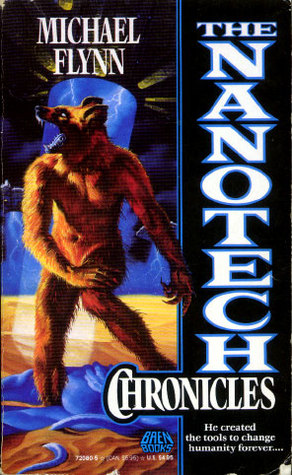 "Based on his former research on radiation resistant bacteria, Koyanagi convinces the group [of six researchers representing six ethical viewpoints] to work on 'nanomachines' that should considerably increase the radioactive radiation resistance of humans by genetic modification of corporal cells. "

Not the answer you're looking for? Browse other questions tagged story-identification nanotechnology or ask your own question.