In both the comics and X-Men: Days of Future Past, Quicksilver is described as being able to break the sound barrier.

A sonic boom is the sound associated with the shock waves created by an object traveling through the air faster than the speed of sound. Sonic booms generate enormous amounts of sound energy, sounding much like an explosion. The crack of a supersonic bullet passing overhead is an example of a sonic boom in miniature.

In all of the mediums that I've seen Quicksilver portrayed (comics, cartoons, movies), Quicksilver's motion causes wind, but never a sonic boom.

If Quicksilver is really running faster than the speed of sound, why is there no sonic boom created?

Marvel has not given a canon explanation why Quicksilver does not create sonic booms when he moves faster than sound.

Quicksilver, Pietro Maximoff was a mutant and the son of the near-Omega class mutant, Magneto. He is also the brother of the mutant sorceress, the Scarlet Witch. His x-gene adaptations gave him the ability to run at incredible rates of speed.

His power was written (as much as could be expected) to make sense as a adaptation or evolution with a plausibly-deniable sense of physics and science. 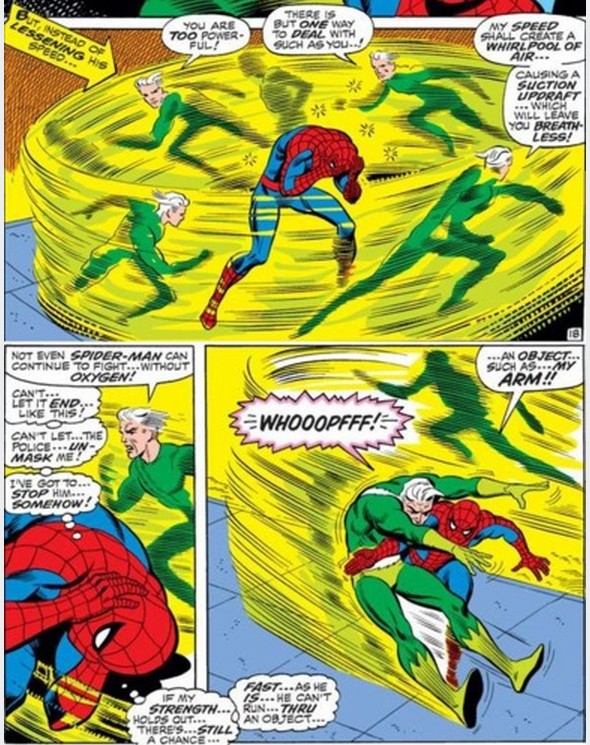 Pietro has experienced significant power increases in recent years, with a corresponding lack of physics integrity. 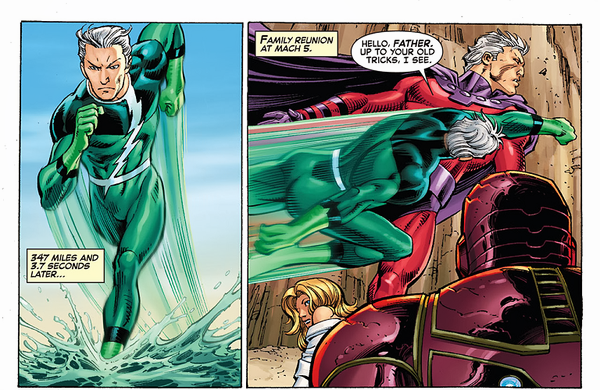 Here is another canon appearance where he is moving at speeds far beyond the speed of sound without a corresponding boom.

0
Why doesn’t Quicksilver’s speed cause a sonic boom, lethal to anyone around him?
8
How fast can Quicksilver run?
2
How does Superman avoid deafening everyone with his sonic booms?

8
How fast can Quicksilver run?
5
Why doesn't professor X influence mind of Trask?
9
Why didn't Wolverine take Quicksilver with him to Paris?
6
How is Quicksilver able to lift people?
20
Is Quicksilver aging faster while moving at extreme speed?
6
Did Quicksilver eat the rest of the pizza?
2
Why does Raven rescue Logan?