What is the name of the movie from 80's with ray cyclotron from observatory?

I remember a movie from the 80s where a beam emitted from an observatory with a cyclotron within it, reduced objects of any size, remember that the main actor was a spy or something, and the actor in the role of evil held a tarantula spider in her hand covered by a black glove

The actor in the role of villain in the movie that I remember was Clive Revill, that's the only data I remember.

I saw this movie on television in the late 80s, the translated title that should not be the original name was

"There was once a spy"

You're referring to the 1980 film "Once Upon a Spy" starring Clive Revill and Ted Danson. 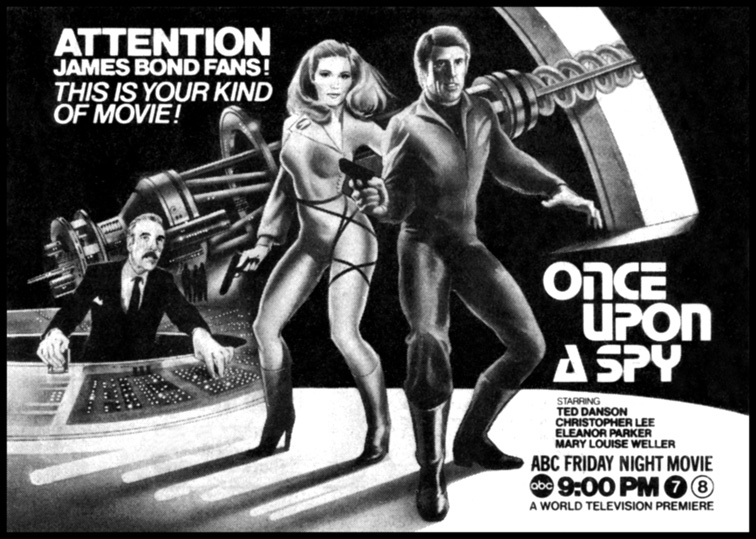 This Stephen Puchalski review specifically mentions the scene with the aircraft carrier;

Meanwhile, Lee is a riot in his sleek, high-tech, missile-equipped, motorized chair -- imagine Blofeld in a tricked-out Little Rascal -- with megalomaniacal plans for "an orderly new world" that kick off by transforming an aircraft carrier into an Aurora model kit... Danson seems to understand the ridiculousness of this gig and plays our reluctant hero with an off-hand charm.