What’s the correct way to refer to “the Doctor”?

What is the correct or most acceptable way to refer to the main character of Doctor Who?

I was searching and couldn't find any explanation on how I should say it!

I remember seeing something like, the name changed depending on the incarnation — the presentation of the name of the actor in the episode changed the nomenclature of the Doctor. If I'm not wrong, William Hartnell was called "The Doctor" while Baker was "Doctor Who".

Generally, he introduces himself as "the Doctor," to his companions, friends and even to a bunny rabbit. The people or creatures (not the bunny who can't speak) call him "Doctor." Even meeting hostile aliens for the first time, as in The Eleventh Hour when he met the Atraxi, he introduced himself this way, and thus albeit subtly, all his previous incarnations (save for one that we found out about later, "spoilers."): 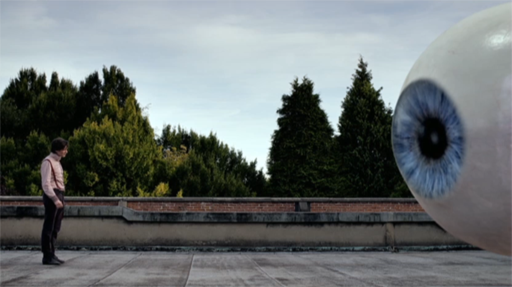 ATRAXI: Is this world important?

(There is a projection of the world between them.)

DOCTOR: Are the peoples of this world guilty of any crime by the laws of the Atraxi?

DOCTOR: Okay. One more. Just one. Is this world protected? Because you're not the first lot to come here. Oh, there have been so many.

DOCTOR: And what you've got to ask is, what happened to them?

(A run through of all the previous Doctors, then this Doctor steps through the projection with a jacket and bow tie.)

(emphasis mine, the full scene at the Beeb's US site)

Sometimes he calls himself John Smith, and David Tennant's Doctor (the 10th, 11th or the 12th?) actually was John Smith for a while.

When the Family of Blood, armed with a stolen vortex manipulator came after the Tenth Doctor, he decided that it would be best if he and his companion, Martha Jones, hid for a few months waiting for the Family to exhaust their limited lifespan. Since the Family of Blood could track by scent but never saw his face, he used the Chameleon Arch to change his biology and transform into a human, storing his Time Lord essence in a special fob watch. The TARDIS invented a life story for him, chose a setting and integrated him. This led to the Doctor living life as an ordinary schoolteacher named John Smith in 1913, believing himself to be human and believing his TARDIS created memories to be real.

Tragically, he was also The Valeyard.

He's gone by, or been called, many other names and titles before, a great deal of which can be found here. I hate to leave just a link, but if you click through you'll see that no short summary is really possible as they even break it down by First Doctor, Second Doctor, etc and include nicknames and many other bits-n-pieces. Really a smashing BIG page.

Ian addressed him (in the first adventure) as Dr. Foreman (generating the very first in show "Doctor Who?" response).

He was mistaken for Maximus Pettulian in The Romans, and for Zeus in The Myth Makers.

He was called "Doctor Who" in The War Machines and the non-canonical Cushing films.

He impersonated Raul Salamander in The Enemy of the World.

K9 addressed him as Master (but not The Master).

His college nick-name was Theta Sigma (and River's message in The Pandorica Opens included Theta Sigma).

Ace usually called him Professor (possibly to annoy him).

He was "Merlin" in Battlefield.

Occasionally he has been "John Smith".

He used "Dr James McCrimmon" in Tooth and Claw.

The Daleks apparently called him the On-coming Storm The Girl in the Fireplace.

Davros named him "The Destroyer of Worlds" in Journey's End.

Otherwise, "Doctor" or "The Doctor".

tl;dr: With one notable exception, the character has never been identified on-screen as anything but "The Doctor" (nitpicker's corner: by people who are addressing him by name, and not using an alias or epithet), but has been variously identified as both "The Doctor" and "Doctor Who" if various contexts beyond the televised episodes. Nearly all fans of the show prefer "The Doctor", but even cast and crew of the show will sometimes refer to him as "Doctor Who".

In-universe, as everyone else has pointed out, he introduces himself as The Doctor", and those familiar with him usually address him as "Doctor" (assuming he's not trying to hide his identity by using an alias, of course). There has only ever been one, rather infamous, exception to this rule: a Season 3 episode (which I haven't actually seen, only heard about) where an intelligent computer named WOTAN calls The Doctor "Doctor Who" throughout the episode. Besides that one encounter, no one has ever directly addressed the character as anything other than "Doctor" or "The Doctor" on television.

(The phrase "Doctor Who" does come up in conversation on occasion, but as a running-joke, in the form of a question: "Doctor Who?", playing off the fact that no one knows his real name.)

The question of how to identify the character when discussing him outside of the show itself is a lot murkier. While most fans disapprove of the name "Doctor Who" for identifying the character, that's how he was billed in the closing credits for the first 18 seasons. When Peter Davison took over the role from Tom Baker, he had the credit sequence changed to identify the character as "The Doctor", which is how it appeared on all subsequent episodes until it was canceled, and on the 1996 TV movie.

When RTD revived the show, the closing credits reverted to billing Christopher Eccleston as "Doctor Who", and again, when David Tennant came in, he insisted on having it changed back. It has been "The Doctor" in every episode since then (and with Moffat being an actual fan of the show, will likely stay that way for a while.)

Cast members doing media appearances have also been known to call the character "Doctor Who" (David Tennant has done this at least twice). This is most likely done for the sake of the audience, to help differentiate the character from other random "doctor" characters (e.g. Alex Kingston was on E.R., which had lots of doctors, but not The Doctor).

According to the TARDIS wikia, the alternative media (books, comics, etc), especially the early ones, also referred to the character as "Doctor Who" in the narrative text. I don't remember this from the few novels that I've read, but those were mostly later incarnations, long after they'd settled on the character's name, so I can't confirm this personally.

When the Doctor was exiled to Earth (end of Troughton, beginning of Pertwee) they assigned the name Dr. John Smith to give him a personnel alias for his posting with UNIT. While I have not consumed much Who beyond the Davison era, story continuity might include subsequent regenerations using this convenient lie as appropriate.

In Trial of a Timelord, when the charges are being outlined the prosecution gets as far as referring to him as "Doctor Who-" before being cut off, implying that "Who" is the first syllable of his name.

"His college nick-name was Theta Sigma "

That was in Tom Baker, episode "the armageddon factor"; final story in the key to time series. But do none of you remember that as Drax, his old school chum meets him, he clearly and repeatedly calls him "feet"? He does so until baker reminds him that he had received a doctorate (then calls him doc).

Not the answer you're looking for? Browse other questions tagged doctor-who names or ask your own question.

19
Was Gallifreyan history really changed in The Day of the Doctor?
19
Is the Doctor a real doctor in any way?
9
What happens to Fixed Points if the past is rewritten?
20
Which "Classic" Doctor Who episode involves a companion doing surgery in a ball gown?
15
Who exactly was "The Watcher" in Logopolis, and how did he help the Fourth Doctor regenerate?
9
What is the original name for a TARDIS?
4
Was the White Guardian involved in the Key to TIme at all?