What was Galactus feeding on in planets? [duplicate]

Ask Question
Asked 6 years, 1 month ago
Active 1 year, 8 months ago
Viewed 1k times
9
This question already has answers here:
What, of the planets he consumes, provides Galactus with sustenance? (2 answers)
Closed 2 years ago.

Often Galactus fed on planets with lifeforms, but the lifeforms could leave and he would still feed. Also not every planet he eats needs to have life.

So what is he looking for in a planet?

Galactus is seeking the life energy of a planet. He is feeding on its energies that make life possible.

After his visit however, depending on how he consumed the energy, it could be barely capable of supporting life or completely destroyed. When he uses his machines to convert a planet, the world usually survives. When he is starving, he absorbs the planet directly leaving nothing but rubble. 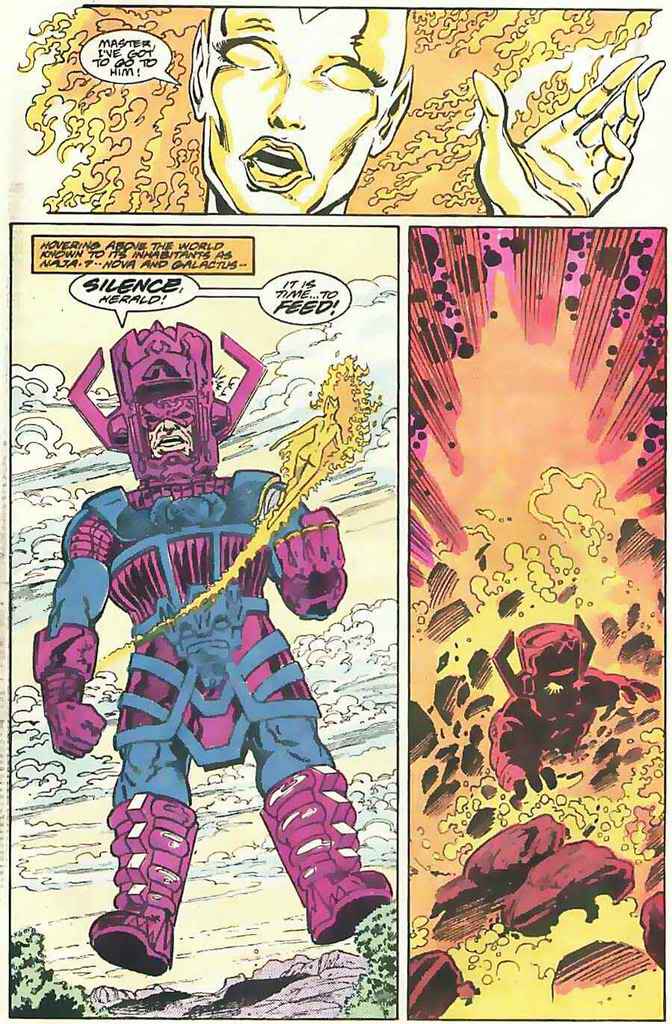 You can also see a more extensive entry on Galactus' eating habits on the Stack Exchange entry: What, of the planets he consumes, provides Galactus with sustenance?

During the relatively recent Annihilation storyline, Annihilus and co. imprisoned Galactus and used his energies as planet-destroying weapon. In the panels below it is explained how a planet can be converted into the cosmic energy fed upon by Galactus. This is the closest we ever come to getting an explanation of the process. 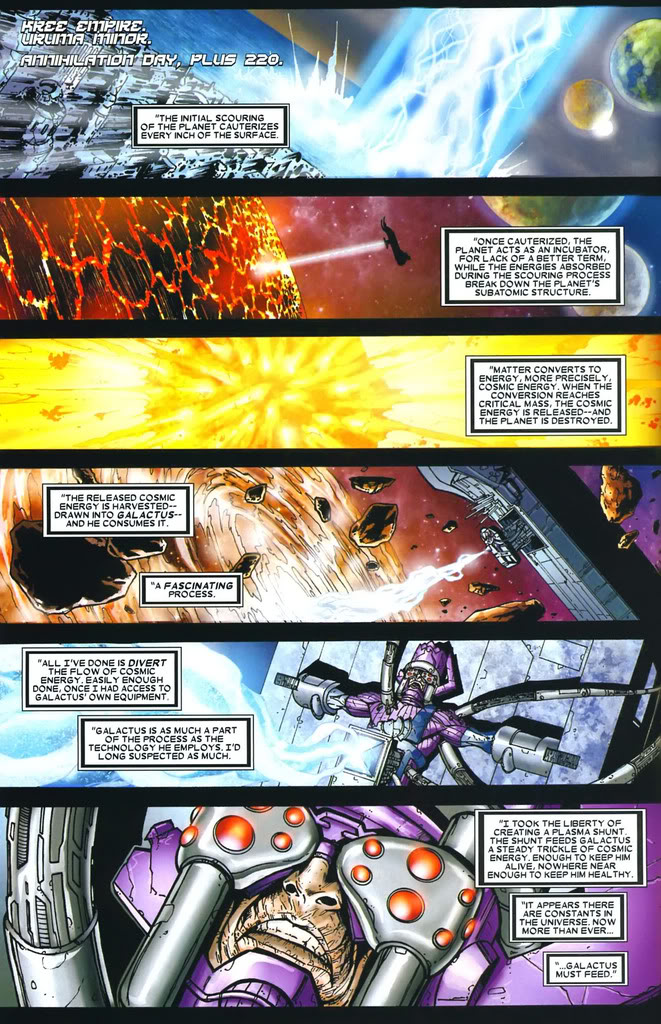 9
What, of the planets he consumes, provides Galactus with sustenance?
6
How tall is Galactus?