Does Quicksilver's walkman speed up with him?

In Days Of Future Past, Quicksilver spends a lot of time playing with electronics. In his famous tour de force scene in the Pentagon, he specifically puts his headphones on before running around the kitchen.

But why? Does the music on his Walkman speed up with him as he uses it, or is it still operating at "normal" speed? Or indeed, does any electronic device that he touches speed up?

Pietro Maximoff, in the canon Marvel Earth-616 continuity, was unable to "share" his speed with other beings or objects of a mechanical or computerized nature. One of his pet peeves in the Earth-616 continuity is the slowness of everything used by humans.

In Days of Future Past:

However, if he is the same as the canon Quicksilver:

UPDATE: A propmaster indicated Quicksilver's Walkman was a stolen prototype for a device originally patented as a stereo-belt created by Andreas Pavel--in 1972, a potentially real device that was never put into production. REF: Tested.com: X-men: A Tale of the Portable Tape 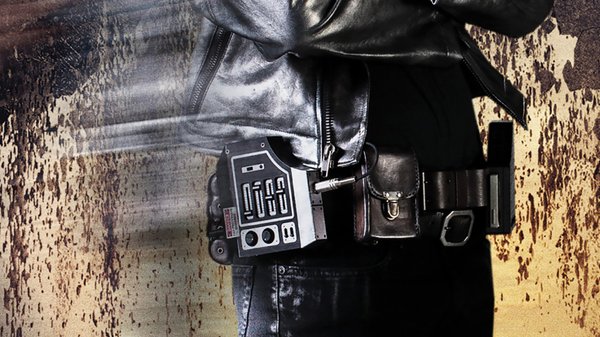 The original idea actually has a patent image and specifications. A prototype was created and that device is what Quicksilver is supposedly using in the movie. It would be capable of being sped up sufficiently for his needs (though I suspect tapes would enjoy a much shorter lifespan due to the speed increase.) 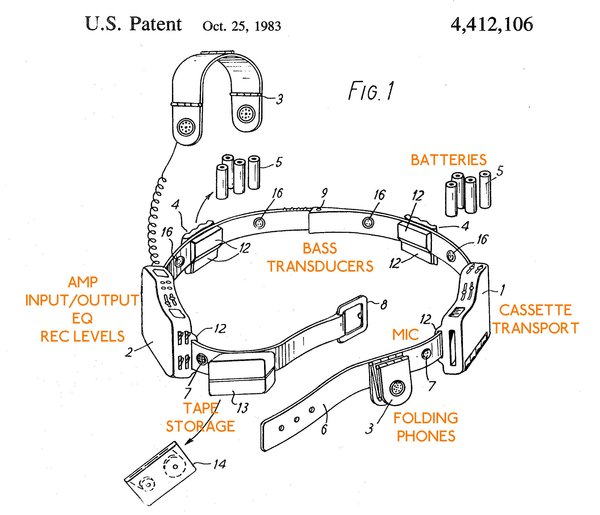 But that does not have to be the case. We are not sure what he is playing on his Walkman. I have also considered it may be nothing more than a means of focusing his attention to utilize his powers fully. It may not even be music at all.

I have never read a comic that implied quicksilver had the ability to affect the speed of other objects other than himself. Nothing I have looked up implies this either. Essentially he can run impossibly fast and is adapted to being able to do so. His body is able to withstand the pressures of running at those speeds without disintegrating or tiring. He also has strong legs.

Keep in mind any iteration or reboot of a character can add, manipulate, or otherwise change the powers and abilities of a character. It could be that this is some added upper limit of some kind or a simple movie mistake. I'm also not sure how he was able to run up and sideways on the wall. Did he just generate enough momentum?

Another important note that if Quicksilver in the movie could manipulate the speed of other objects than he would not have had to hold the back of Magneto's head to prevent whiplash. With regards to the ping pong table I don't think the ball is travelling at normal speeds and it looks he was just pressing the buttons really fast for the arcade game.

A Yahoo! Movies article about Quicksilver’s addition to the film has a quote from editor John Ottman, who explains that it’s not a regular Walkman, but a souped-up prototype that he stole:

How, in 1973, did Quicksilver possess that Croce-playing Walkman in the first place, given that technology didn’t emerge until the ’80s (and how does the music keep speed with him)? “Technically it’s not a Walkman,” Ottman explained. “There’s a whole backstory that’s never shown in the movie nor did we shoot it but he supposedly had stolen this thing that was a prototype of Walkman technology from some lab somewhere… So it was supposed to be some original prototype that he happens to have.”

Ottman laughs. “But how would anyone know that?”

(Migrated from a question that was closed as a dupe of this one; CW to avoid double-rep counting)

9
Quicksilver listening to music when running inside the kitchen room
0
How was Quicksilver able to listen Walkman during Pentagon super speed fight in kitchen?

20
Does Wolverine still get his adamantium skeleton after Days of Future Past?
25
How can Kitty Pryde achieve time travel with her phasing abilities?
4
How does Kitty Pryde know/learn to control her time travel power
9
Why didn't Wolverine take Quicksilver with him to Paris?
5
How does Magneto have his powers in Days of Future Past?
20
Is Quicksilver aging faster while moving at extreme speed?
2
Why does Raven rescue Logan?