Can a Space Marine remove their armor?

In Warhammer 40,000 the Space Marines wear the iconic power armor into battle. However, when not in action, or not expecting to be, are they able to remove their armor?

I had thought that a space marine was joined with their armor as part of the process, but the Lexicanum site indicates that the Mark-VIII armor is often worn by veteran marines, which would indicate that they had to take off their old armor first.

Yes. A Space Marine can remove their armor.

What's Underneath the Armor? The Black Carapace 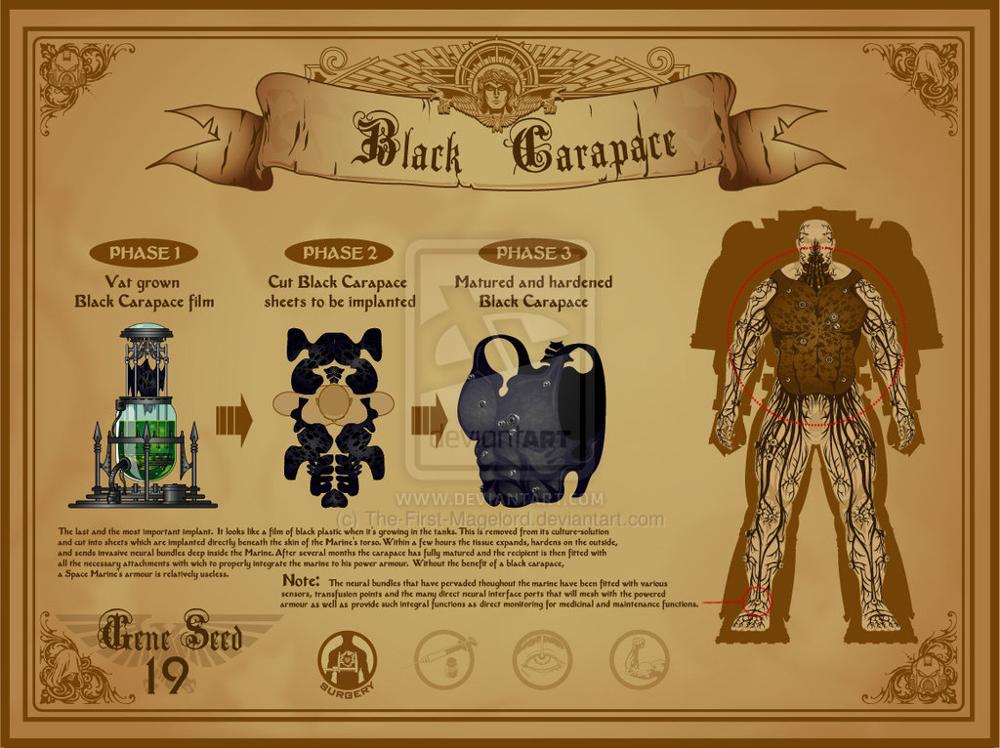 Underneath the impressive armor of the Space Marine, lies one of the final gene-seed technologies which allows them to interface with their exoskeleton armor. This final gene-seed process is called The Black Carapace.

The Black Carapace, also known as the Interface, is the last and one of the most important of all the 19 gene-seed organ implants a Space Marine Neophyte will receive as he is transformed from a normal, adolescent human male into a superhuman Astartes. This neuroreactive, black organic fibrous material is implanted directly under the skin of the Neophyte's torso. Points are then cut through the Carapace by an Apothecary using surgical tools that allow a Space Marine to directly interface his central nervous system with his Power Armour's cybernetic systems.

Short answer is yes, as evidenced by a few different illustrations. One particular one is of a Dark Angel surrounded by as many as two dozen serfs and servitors, apparently having his armour put on. Since he doesn't look young, it's not the first time, so the implication is that if it can be put on, it can be taken off.

Furthermore, the 1st company swap between Terminator and standard power armour according to the needs of the mission.

The 3rd edition Space Marine codex gave a daily itinerary of Astartes not on the front line, which featured almost continuous combat training 24 hours a day, with a brief interlude for prayer and contemplation. This suggests then that armour is not removed often, as the demands of continuous training would preclude this.

Space marines enter their body armour like ironman. While the genetic code of all space marines has been altered for strength, size. The human body in all it's perfection has remained.