Why does Mary Poppins turn her feet out when she flies?

I noticed at the end of the movie, when Mary Poppins flies away, she turns her feet out (super duck-footed). She seems to always do it. Why? 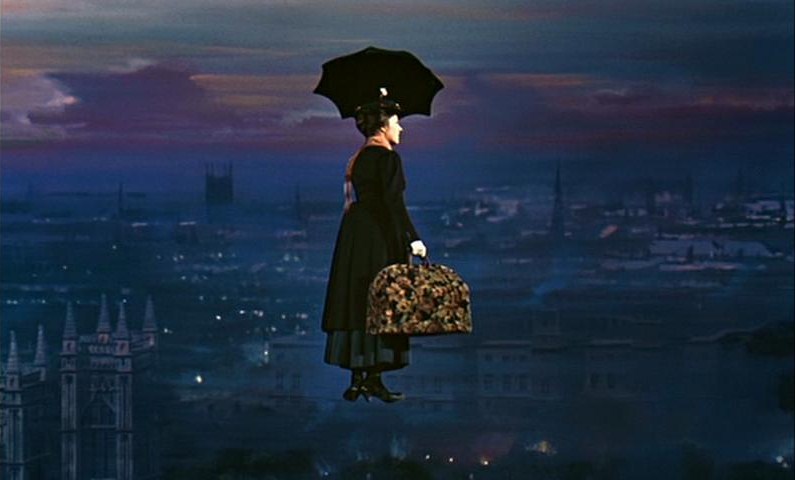 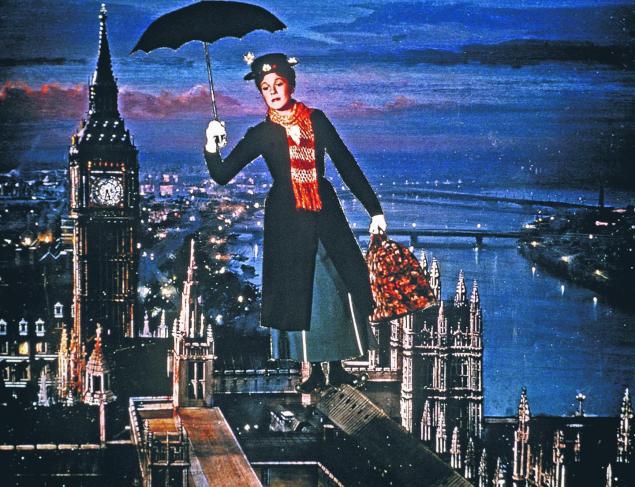 I doubt you'll find any "in-universe" explanation, but this obituary for Mary Shepard, the original illustrator of the Mary Poppins books, mentions that it was Shepard's idea to depict her flying this way, but the author P.L. Travers preferred a different pose so Mary Poppins didn't end up illustrated flying this way in the book; but apparently Shepard was consulted for the movie, and this time her version "won out" (I imagine because the people making the movie thought it would be a more interesting visual? edit: this obit suggests that Shepard may have talked to Julie Andrews about it, and Andrews liked the idea).

Travers imagined the nanny looking like a doll she pulled out of the attic: a wooden peg Dutch doll with painted black hair and turned-up nose. Shepard bought a similar doll to pose by her drawing board as she made line drawings for the eight Mary Poppins books published from 1934 through 1988. The Disney motion picture somewhat changed the period of the story, but adapted Shepard's costume and style for Andrews' character. The author and the artist had many discussions of what the "almost perfect" nanny was to look like--including whether her feet would be in the ballet fifth position as a straight line or fourth position at right angles. The author won in the book versions where Mary's feet are at right angles; but the artist won out in the movie, where Poppins' feet are heels together at a 180-degree angle.

This article mentions that the basic idea to have Poppins stand in a ballet position may have originally been Travers', since she had a background in dance, even if they disagreed on which ballet positions to use:

why the position of the turned out feet of Poppins? The answer may lie in Travers’ background. Long before she was a writer, Travers was a dancer and actor, performing in pantomimes in Sydney and later dancing as an interlude within Shakespeare productions. In any case, Shepard was just as keen on a dancing Poppins as Travers, deciding that the nanny might be shown standing in a ballet fifth position, the heel of one foot lined up with the toes of the other. Travers objected, hence a compromise, with Poppins more often standing in first, second and fourth positions.

Not the answer you're looking for? Browse other questions tagged movie mary-poppins or ask your own question.

9
How did Mary Poppins' bag work, how did she fly?
25
What is the source of Mary Poppins' powers?
91
Why was Hermione always late when she used the Time Turner?
6
Movie with zombie young girl attacking parents
11
Guy eats something and a creature comes out of his belly and flies away
37
How is the Mary Poppins Sequel legal when the author denied a sequel?
2
90's cartoon movie: love story between a girl and a prince who both turn into cranes
13
Werewolf movie where the chief clue is enhanced senses