In Final Fantasy IX, Princess Garnet was a summoner with her horn removed. Wouldn't she not be as powerful of a summoner as Eiko, who is essentially her cousin?

Eiko: I'm going to ask the eidolon to come back. The summoner's horn allows us to communicate with eidolons and wild animals.

So Garnet lacks the ability to communicate telepathically with Eidolons like Eiko can. But that doesn't stop Ramuh from communicating with Garnet through speech or Garnet from performing summons, so it's not necessarily a insurmountable obstacle.

Well, if you take images and game models to be indicative of world lore and not just what the developers thought looked cool... 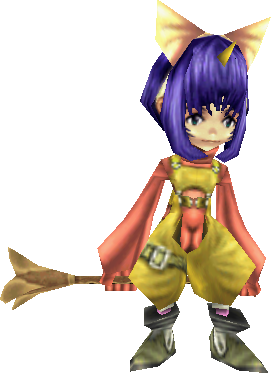 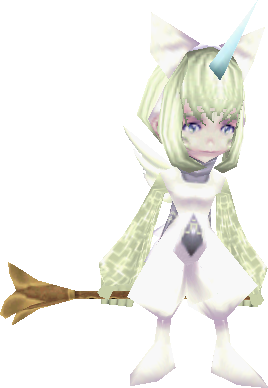 Notice that in her "Trance" state, where she is supposedly more powerful and cranked up, her horn has grown much larger and is now glowing blue. So, if that's not just to look cool, then I'd say quite definitively, yes, the horn makes a summoner more powerful.

Now, with that said, there's no real indication of that in the lore provided.

For the summoners of Madain Sari, the horn is really the distinguishing feature of their people or race, just like the rat faces of Burmecians. When she is taken in and adopted by Queen Brahne, her horn is removed to make her appear no different than any other human -- not to remove her power.

At the time she's adopted, we're not sure if Brahne has already been manipulated by Kuja. But let's assume that she already has her nefarious agenda.. Brahne and Kuja want Garnet around in order to extract her power and the Eidolons bound to her. If removing the horn would lessen that power, doing so would make no sense.

So basically, I'd say that the in-game lore provided tends towards it being no big deal, but the game models -- if they can be interpreted as extensions or clarifications of that lore -- give a definitive answer that can't really be argued with.

Not the answer you're looking for? Browse other questions tagged video-games final-fantasy or ask your own question.

18
How did Chell end up at Aperture?
5
How powerful is Cody Travers?
2
What happens to the summoners whose pilgrimage happens simultaneously with the one who defeats Sin? (Final Fantasy X)
5
What motivates Shin-Ra?
4
Why does the Temple of the Ancients shrink and become the black materia?
4
Were the Escape Reports contents any different in the original Japanese FF7 script?
5
Why do Tifa and Scarlett have a slap-fight?
4
1990s Video Game (I think on the Sega Genesis) where you controlled a gun-sight which you used to kill monsters, primarily by blowing their limbs off