What did Vassily see when he looked at the sleeping woman?

This is from Sandman #38, The Hunt, one of my favorite Sandman one-shots.

In this story Vassily, a young boy of "the people" leaves his home in search of the youngest daughter of some Duke. He encounters many challenges on his way (attempted murder by an innkeeper, entrapment by Duke) but doesn't give up on the search.

However when he was taken to the girl, and when he wakes her up, he sees something in her that makes him change his mind. 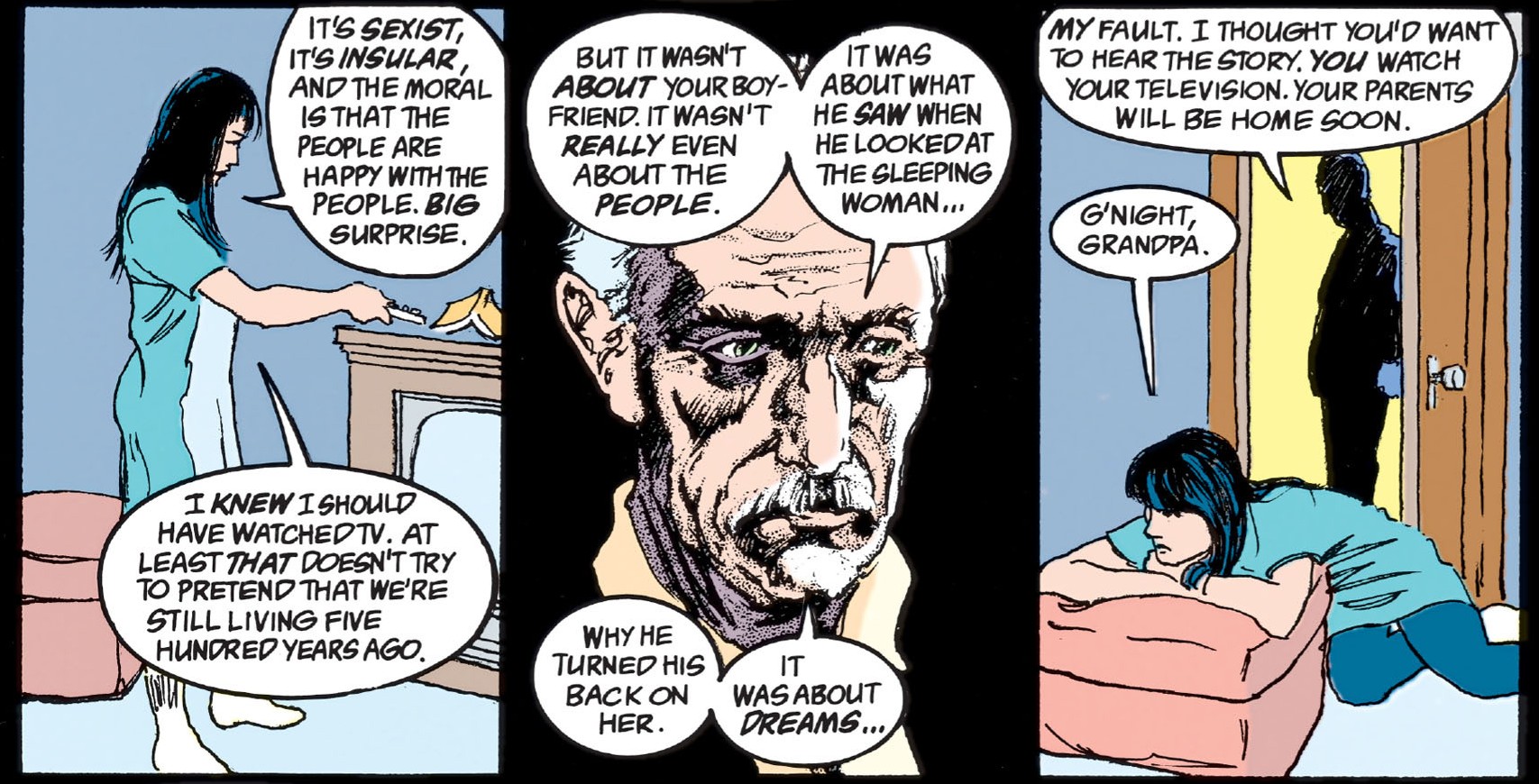 What did he see?

He saw a human girl.

By the time Vassily finally meets the Duke's Daughter (Natasha?) he's had an amazing adventure. He's tasted human blood for the first time, hunted a wild stag and met a woman of the People, his future wife.

When he finally meets Natasha, his immediate reaction is that she is...

"Beautiful indeed, and pale, and fragile".

The implication being that not only is she not a suitable mate for a wild freeborn werewolf like himself (which is of course the point of Grandfather's parable: werewolves should only mate with werewolves) but that he clearly views her as a potential snack, something that fills him with horror. She also represents being tied into a purely human existence, far away from the thrill of 'The Hunt' and the taste of fresh blood.

"I'm hungry. Take me away from here. Please".

The Duke's daughter represents an unattainable goal right up to the point that she's attained, at which point he doesn't want her. 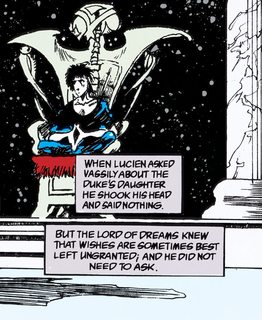 This is also stated by Neil Gaiman in The Sandman Companion (emphasis added):

Hy Bender: Any comments about the very end of the story?

Neil Gaiman: Well, the granddaughter thinks the fairy tale's about her and her boyfriend, but of course it's not at all; it's a true story about her grandfather, and about dreams better left unrealized.

Not the answer you're looking for?Browse other questions tagged vertigo-comics the-sandman or ask your own question.

7
Did the duke's daughter dreaming of goblets of sour blood have any influence on Vassily's decision?

9
What did Lady Johanna ask of Dream?
4
How did Mazikeen end up with Lucifer at the “Lux”?
6
What did Morpheus learn in The Sandman: The Dream Hunters?`
6
Where and when does Dream find the saeculum?
11
Did the other Endless know that Dream was held prisoner?
5
What is the chemistry behind Element Girl's death?
4
What does the boy mean by “the other egg of the Phoenix”? Which one is it?
7
Did the duke's daughter dreaming of goblets of sour blood have any influence on Vassily's decision?
4
What does the Cuckoo represent?