What happened to Valyria? [duplicate]

I've read the books and all but what happened to Valyria?
Are there any outside sources?

If you think about it, the whole empire was destroyed in this apocalyptic event. The event had to be so bad that a few hundred years afterwards no one would go there.
If it was a volcano it would be pretty unlikely that they'd still shun that place in my opinion. Same with an earthquake.

No, this was not just a single earthquake or volcano. Consider this summary:

The cataclysm hit the Valyrian capital city Valyria, fragmenting the land surrounding the city into numerous smaller islands, creating the Smoking Sea between them. the Freehold was annihilated in a single night of fire and storm, with great earthquakes and volcanic eruptions laying waste to the empire. The area is now described as "demon-haunted." Most people are afraid to go there, saying, "The Doom still rules in Valyria."

Here is a map of the fragmented peninsula, to illustrate the magnitude of what happened. The entire land mass was separated, and Smoking Sea still smolders and is unsafe for travel: 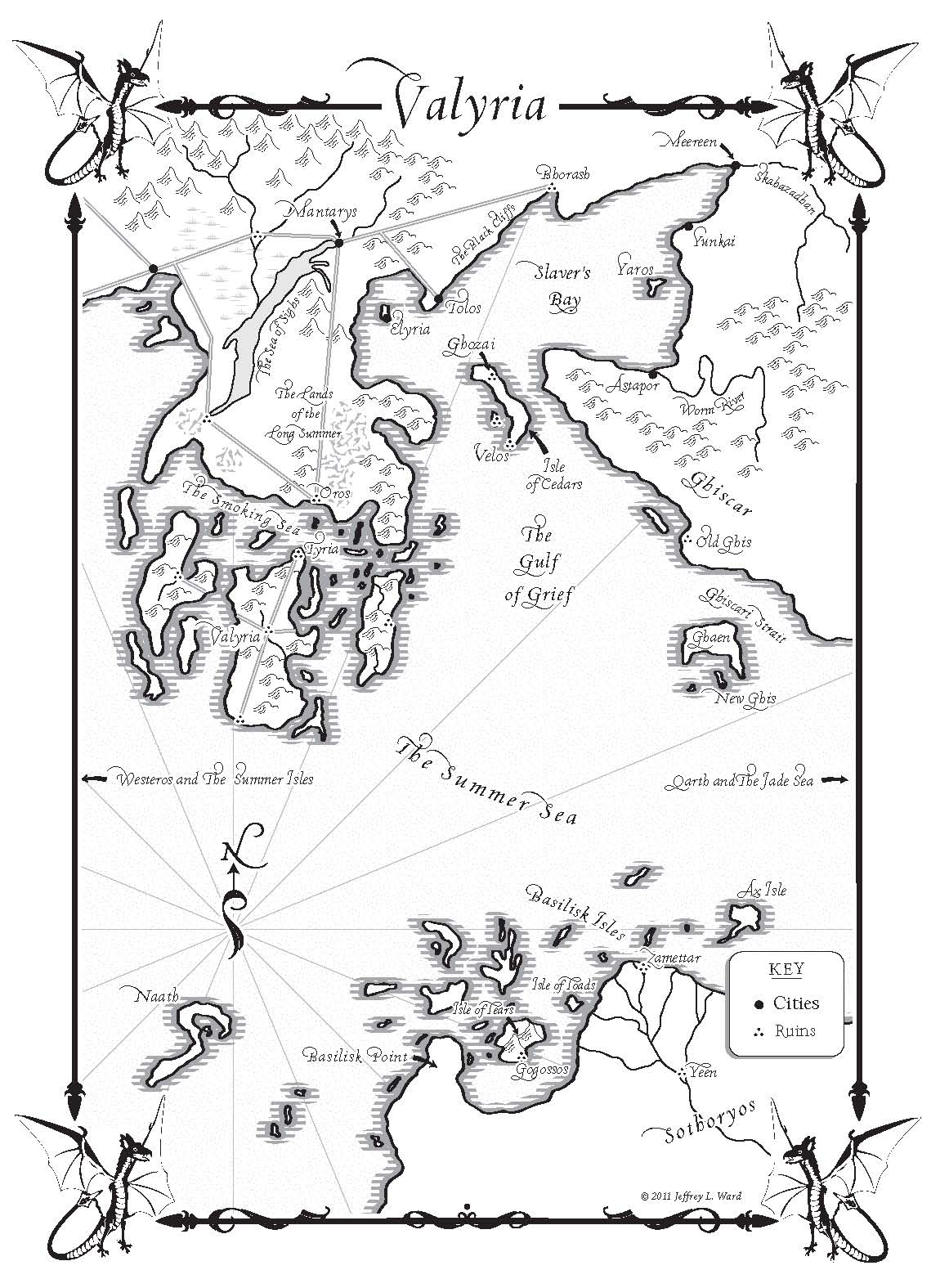 33
What exactly was the 'Doom of Valyria'?

10
What was Euron “Crow's Eye” Greyjoy doing in Valyria?
27
Game of Thrones: Alternate reading order for Books 4 and 5?
16
What happened to Robb's crown?
7
What happened to Rhaegar Frey?
17
What happened to Daenerys' khalasar?
5
What happened to Blackfyre and Dark Sister?
136
What do people in Westeros eat during Winter?
8
Why didn't anyone notice that stocks of Wildfire were very low?
1
Where is Valyria located in the world of Planetos?