What level of government employee does “Level 10 and higher” represent?

With the pending release of the latest installment of the The Purge movie series, I am curious. Is there a canon answer for what actually defines the "Level 10 and above" referenced in the Emergency Broadcast just before the purge occurs?

Specifically, according to the Emergency Broadcast message that appears before the ritual commences one of the only rules during the Purge is that government officials of "ranking 10 or higher" must remain unharmed. What level government employee is this? Is it equivalent to the current civil service GS levels? If so, does that mean it would only apply to federal employees, not state or local? 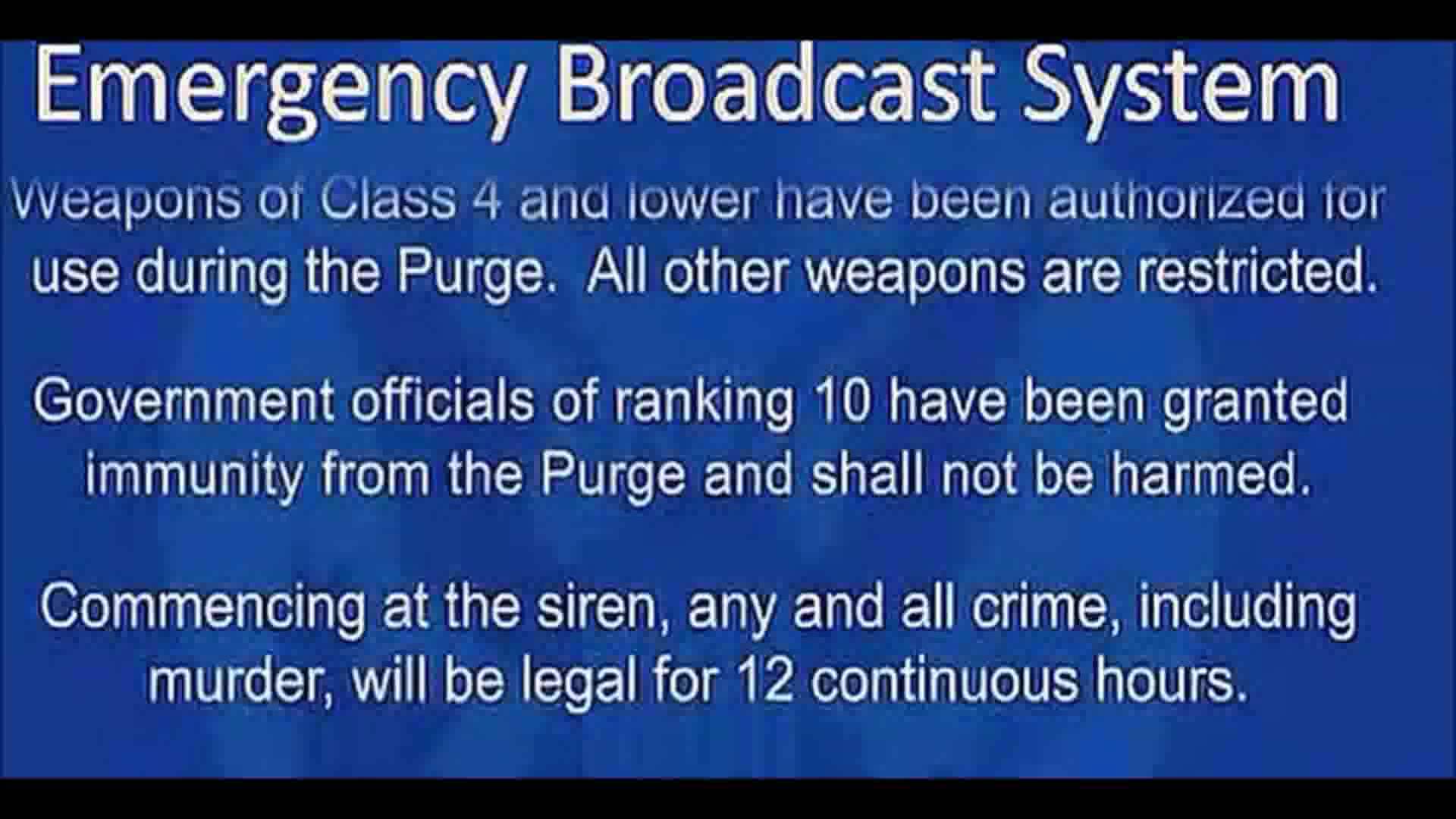 Given the anger that many people today feel against government employees, I would be surprised if there wasn't similar anger in the future. If so, against what level government employees could someone purge? The clerk that turns down your permit to complete some home improvement project? The government official that denies you the opportunity to build something on what it considers "protected wet lands"? The senator or representative that didn't vote the way you wanted him or her to vote?

If there are no canon explanations, what non-canon or "extra-" canon answers are given? I checked at what is referenced on Wiki in the see other external links section as the official homepage for The Purge: New Founding Fathers of America but could not find anything there.

In the film The Purge: Election year, we're shown that US Senators are Class 10 (or above). A removal of the restriction on their killing comes as a surprise to the protagonist Senator Charlene Roan.

This is your emergency broadcast system announcing the commencement of the Annual Purge, sanctioned by the U.S. Government. Commencing at the siren, any and all crime, including murder, will be legal for 12 continuous hours. Weapons of class 4 and lower have been authorized for use during the Purge. All other weapons are restricted. Police, fire and emergency medical services will be unavailable until tomorrow morning at 7 am. And, for the first time since its inception, no one has been granted special immunity from the Purge. No citizen or group will be exempt. Blessed be our New Founding Fathers and America, a nation reborn. May God be with you all.

Not the answer you're looking for? Browse other questions tagged movie the-purge or ask your own question.