In Star Wars, what were those annoying little car things that made squeaky pitched noises on Star Destroyers?

What were they called? and what was their purpose? Picture: 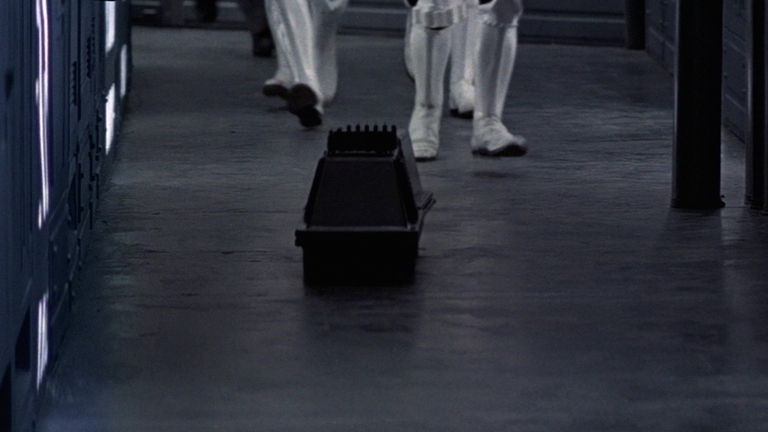 They were MSE-6-series repair droids.

They are general purpose droids used for maintenance and deliveries. They were also commonly called Mouse Droids.

The MSE-6 stood about 25 centimeters tall and ran on four wheels. Although programmed with multiple capabilities, the droid was designed with only a singular function. A modular circuit matrix was installed beneath the droid's boxy shell, and contained programming for one skill. Commonly, mouse droids carried out cleanup and basic repair duties, and could serve in security and communications fields. Since each droid possessed only a single skill, multiple mouse droids could chain together to pool their resources for more complex assignments. Trains of MSE-6 droids could often be seen guiding troops through military installations; this kind of duty required mouse droids to be programmed with complete readouts of their assigned areas. In addition, due to their use in military outposts, MSE-6 units were rigged to melt down if captured, giving the droids a strong self-preservation instinct.

According the Junior novelisation for "A New Hope", the droids in question are MSE-6 droids. Their primary function is evidently to carry documents and orders, presumably where those orders couldn't be easily transmitted or where physical orders (in documentary format) needed to be taken in person:

They were heading for a lift tube that would carry them to level five when Chewbacca saw a small MSE-6 droid move toward them. The box-shaped droid traveled on four wheels and was used to deliver orders and documents. Chewbacca roared at the droid for no other reason than he felt like it. The droid shrieked and raced away from him. Chewbacca looked at the stormtrooper to his left — Luke — and barked with amusement.

Interestingly, the first reference to them as "MSE-6 droids" in a canon source, was from the Star Wars: Absolutely Everything You Need to Know factbook and the name was then incorporated into the junior novelisation at a later date.

The official Databank refers to them just as "Mouse Droids" and has the following to offer about their function:

Mouse droids performed simple tasks aboard starships and in military and corporate facilities. They beeped to themselves as they performed small repairs, delivered messages and guided visitors. occasionally exploding into panicked squeals when confused or frightened.

36
In Star Wars Episode IV what made the moaning sound that scared the Sand People?
9
Besides humans, what other Star Wars species were employed as Stormtroopers?
13
What is the name of the vehicle used by the Jawas?
7
When were the edits to the Star Wars films made?
4
What elements of Star Wars were derived from Flash Gordon?
25
What are the little flags sticking up from some helmets in Star Wars supposed to do or be?