What book has a war between kingdoms named after colours, including Green?

I read a book about 15 years ago that I’ve been trying to find recently but can’t remember the title for the life of me.

I remember that it involved a war between at least two kingdoms, one called Green and the other Black or Grey, and at some point a lost kingdom called Orange. Half of the story took place in this fantasy world and the other involved two teenagers in our world.

If it helps at all I can remember what the cover looks like. It was a man hiding under som tree roots with his sword half-drawn while some sinister-looking guards look for him in the background.

Could this be "True Colors" by Constance Lubbert?

Clighton and Sheigh are the young King and Queen of the Red. They have been happy in their usually peaceful kingdom, but lately they have been infiltrated by strange soldiers of doubtful Color. Perhaps their old rivalries with Blue have resurfaced. Or this might be a new, clashing Color. Sheigh must remain true to the Red and her brother, even if the young prince of Orange is after her heart. Clighton must find the Blue, for his sister's happiness and his own peace of mind. Above all, they must find the origin of the unknown Color. Who is the enemy? What does he want? And what are his True Colors? 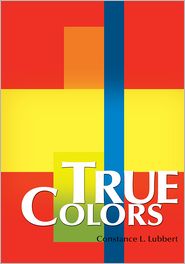 Could this be "Kingdoms of Light" by Alan Dean Foster?

The Kingdom of Red is a place where you express camaraderie by hitting someone. In Orange, mirth is unrestricted and compulsory; in Yellow, your own shadow comes to life and tries to throttle you; the plants of Green are incessantly hostile; and so forth. Even if they find white light, how will they convey it home or use it to defeat the Khaxan Mundurucu? 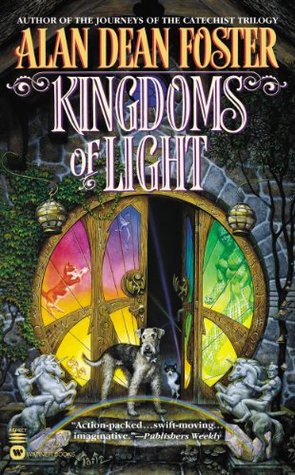 15
What novel has people exploring a spaceship with cubbies that duplicated anything, including a hand?
5
book: collection of YA stories by different authors with the central theme of VR and VR suits
24
Identify a fantasy series with ancient wizard who was training a young hero to fight a sleeping evil god
12
Alexander the Great vs Aliens
12
Comic/Manga from early 2000's: thief-like guy with a snarky fairy companion, accompanied by a female mage and a tank
7
What is the title of this fantasy book about kingdoms, thieves, wyverns, orbs, and prophecy?
7
Pre-90s SF book, four characters (including Elney, Fram and Lady Cleetha) crash-land on an alien planet and learn to survive
33
Short story about distant-future researchers who rediscover the forgotten Earth shortly before it falls into the sun
3
Online story about a girl with bug superpowers