What was the software used for gene sequencing in Rise of the Planet of the Apes?

Does anybody know what software was shown in this movie for sequencing vaccines? It seems real. 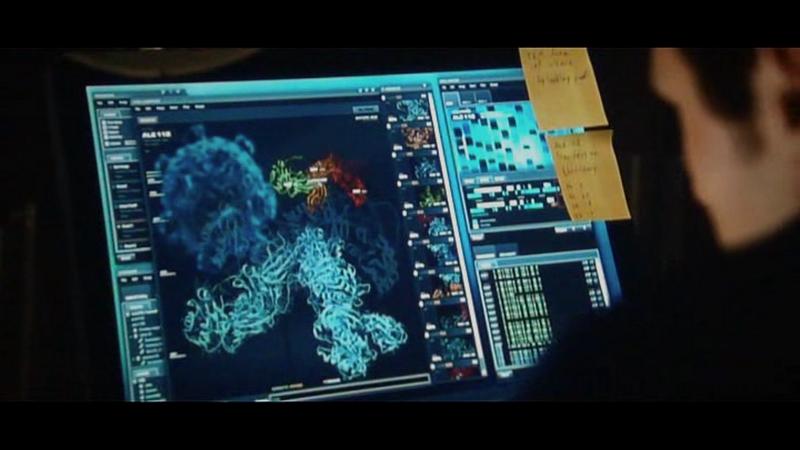 Scientific/Research/Academic software tends to look like DOS/Windows 95 and Excel. Fancy graphics like those ones you showed are very very rare here because these tools are built for niche scientific audiences and without large (typically any) budget. Often they are built by the scientists themselves.

The image you show features really slick graphics and a custom UI for the OS widgets (the close/minimize buttons, the frames around the window, other UI components.) It is a LOT of work to code these kinds of things. These developers would not spend that kind of time on things that are 100% cosmetic. Especially since the default widgets are very easy to use.

Most UI for science/research/academic software is built with the WYSWYG editor in Visual Studio if they have it, or basic console style inputs if such an editor is not present.

55
What is “the prop” used in many Sci-Fi movies?
22
How is Caesar physically able to speak in 'Rise of the Planet of the Apes'?
7
How did Jacobs know who Caesar was?
7
Were the zoo apes intelligent in “Rise of the Planet of the Apes”?
6
What is the (current) fate of the model(s) of the Reliant used in the filming of Star Trek II?
23
Was the original Death Star prop actually blown up for the movie?
1
How did this character die in “War for the Planet of the Apes”?
22
What the heck is Captain Styles carrying around with him?
25
Was the Batman statue in “Shazam!” a real piece of merch, or just a movie prop?