What Academy was Luke trying to attend?

Reminded of Luke's general restlessness by this question I realized that I didn't know what sort of Academy Luke was trying to attend. He wanted to apply, but Uncle Owen wanted him to stay on another season at the family farm.

What was this Academy Luke wanted to attend?

It could have been trade school (Luke becomes a professional mechanic or pilot), or a military academy (Luke ends up being bullied by the likes of Tarkin and occasionally strangled by Vader), or... ? 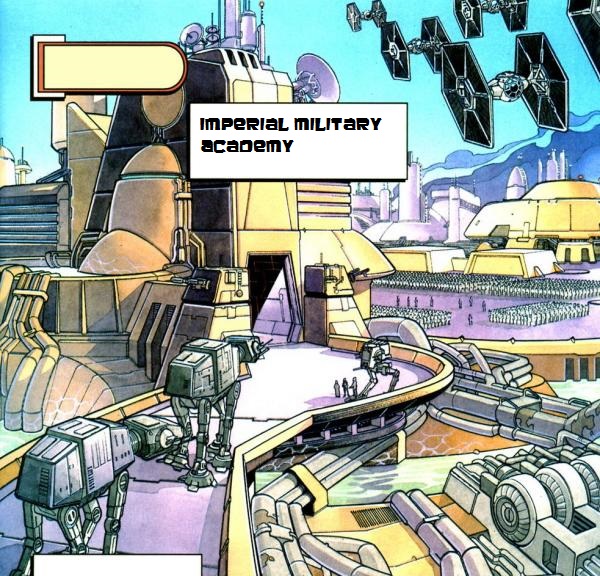 BIGGS: I made some friends at the Academy. (He whispers) ...when our frigate goes to one of the central systems, we're going to jump ship and join the Alliance...

Like most of the rebels he planned to join up with the Empire to lean how to be a fighter pilot before defecting to the Rebel Alliance... I think it's explained in greater detail in the novelization of Star Wars - A New Hope: Star Wars: From the Adventures of Luke Skywalker by George Lucas

Finally here's some info from Biggs' Wookieepedia entry that will also help:

As Biggs and Luke grew older, the two friends planned to attend the Imperial Academy together. They also planned on buying a starship after graduation and go into business together, though they did not have any specific plans as to what they would do. Darklighter's father arranged for his son's commission into the Prefsbelt IV Naval Academy, where Tank was also accepted. However, Skywalker's uncle, Owen Lars, kept his nephew behind on Tatooine for "another season."

This was addressed in a feature on the old "Ask the Jedi Council" website on Starwars.com. In short, the Academy is not exclusively for the training of Imperials. It also provides staff for various exploration and merchant vessels.

Q. In Episode IV, Luke wants to join to the Academy. Surely he wasn't planning to join an Imperial military institution just as a means of leaving Tatooine? Could you explain exactly what this academy is?

A. The Academy is an esteemed and ancient institution that trains young cadets for rewarding careers among the stars. It has three principal branches -- Exploration, Military and Merchant Services. When the Empire rose to power, it began transforming the Academy into a training ground for officers in the Imperial starfleet. Many young men and women were conscripted into Imperial service from the Academy. The Academy is not just one campus -- it has many offices scattered throughout the galaxy.

Biggs Darklighter joined the Academy, and received a comission aboard a non-combat vessel, the freighter Rand Ecliptic. Luke Skywalker assured Biggs that when he joined the Academy, he wouldn't be drafted into the Imperial starfleet, though it is unclear as to how Luke intended on avoiding such a fate.

67
Are Stormtroopers paid or rewarded in any way for their service?
35
Why did Luke want to join the Imperial Academy?
3
How long did Luke/the Lars supposedly own the droids?
3
How are droids related to the harvest?