What's the deal with Tin-Tin's necklace?

In the 2004 "Thunderbirds" movie there seems to be some relationship between Tin-Tin's necklace (pictured below) and her powers.

Is this relationship ever explained in any out-of-movie sources, because I can't seem to find anything that explains the relationship in the film, other than there being some link, perhaps allowing her to concentrate her powers. 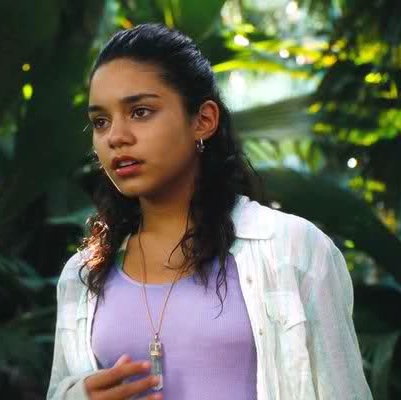 She seems to be using the crystal as charm or totem to focus her concentration, rather than specifically to focus her powers. The only mention in the script of how these powers work is a sideways reference by her Uncle to "being born with them" and studying "Eastern martial arts".

Since her powers work without the necklace when she levitates the scorpion and since The Hood's (evidently identical) powers work without the need for a focus it seems reasonable to assume that the necklace itself is meaningless in the context of her psychic powers. It may have some special meaning to her as a good luck charm. Perhaps it was a gift from a family member.

7
In Thunderbirds, what is the badge on Parker’s cap?
5
What were the plans for future thunderbirds episodes?
3
What was the point of Fireflash's engines lasting so long?
1
What modifications were made to the Tiger Moth by Brains?
1
Where did the Hood get his powers from?
5
What is the significance of the colour of the sashes the Tracy boys wear?
0
Was the song for the Thunderbirds end titles originally 'Flying High'?
4
Where did the name 'Thunderbirds' come from?
2
What equipment do the Thunderbirds carry?