YA book about a human girl who saves an cat-like elf guy, deals with racism and magic and a prophecy

I read it in the 90's but it was probably much older, it was a young adult fantasy book. The cover was blue I think, and had the blonde girl on a horse and maybe next to a mountain kinda small and to the side, and had a larger illustration of the cat-like elf guy's face and big eyes.

The main character was a young blonde human girl who I think has to flee her home (they may have been nobles who were overthrown) and she goes with I think a maid, and she flees to a distant relative's home who are racist against these cat-like underground-dwelling elf people. She ends up saving/treating a wounded elf guy, and also somewhere along the way became friends with this male giant with a pet spider named spinner or weaver or something like that who could spin healing web bandages (seems like the giant was a shapeshifter, too).

She ends up becoming somewhat friends/subtly romantic inclinations with the elf guy (his name may have been Martin...he says "Sa!" as a curse word and hates horses) however, her helping him gets him in trouble with his own people and he's betrayed by either his best friend (who is like, the prince of his people) or another one of the jealous "blood brother warrior" types who wants to be the prince's bestie instead. Main chick and the giant have to save him, but along the way the giant's story gets interesting as he is the last of his race...awake? He was a baby when all the other giant people went to sleep or disappeared or something, but they end up finding a door underground that her or his magic bracelet thing opens. But she goes to save the elf guy who has become an outcast. They've shaved his fur (these elves had short fuzz all over and large feline eyes) and caged him so people can shame him and spit on him and throw rocks. So she goes before the king and kneels to beg for him to be freed and ends up fulfilling some prophesy about the sun kneeling before the mountain....or the moon or something along those prophetic lines.

Seems like the title MAY have had the word "Shadow" in it...but that could just be the crazy talking. Because it also seems like maybe it had "children" in the title too, maybe referring to the three races in the book (giant, human, elf).

The Shadow Warrior by Pat Zettner

When underlords burn her home, a young Solgant embarks on a dangerous mission to find her brother, aided by two enemies of her people, a Danturin goblin and an Eodan giant.

This Goodreads review has a lot more details:

For years Solgants have called an enemy race “goblins” — a people who come by night and raid Solgant settlements and villages. But the word "goblin" turns out to be a myth. There are no “goblins.” There are only Solgants and Danturi. That is one of the points of the book. Another: Bridging the barrier of a hatred so old that no one ever has done so. Until now.

Fleeing her castle’s downfall, searching for her brother and his army, befriended by Angborn the Eodan (whom her people call “giant”), a young Solgant girl named Llyndreth sees for the first time one of her people’s age-old foes. He is a wounded, unconscious, half-dead “goblin” whom, strangely, she cannot find it in her heart to hate — though, by race, he looks as different to her and she does to him. Things haven’t been what they seemed to this point: There were no giants, only Angborn who can change his height, having what Solgants call "magical abilities" because he has powers they don't possess.

Thus begins the journey of these three unlikely companions (along with Llyndreth’s pony) as Zorn leads the others safely toward Llyndreth's brother's camp. Along the way respect and friendship spring up among them through various circumstances. But because of his choice Zorn ends up outcast from his spear brothers and from his people. Alone when Llyndreth first met him, alone when she sees Zorn again, Llyndreth herself sets her own course by making similar realizations and tough choices.

Overcoming fears, prejudice, barriers, both she and Zorn, as well as the unwilling Angborn and even [Llyndreth's brother], become part of the waking of a magic older and more powerful even than that of the priest-kind who keep Zorn’s people, his spear brothers, even King Murgg, bound in fear. The strongest power, however, is that of these representatives of the three races joined as one; of the bond between Llyndreth and Zorn; and of the bond between Zorn and the king's heir Gryth — Zorn’s best friend whom he had betrayed to save Llyndreth and who calls him again “spear brother.”

The reviewer also gives a list of short quotes to illustrate the language of the book, including "Sa." Likewise, a magic armband is mentioned.

The cover is green, but other than that, exactly as described: 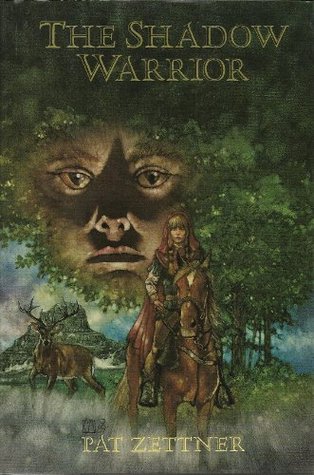 10
Book about a guy with uncontrolled telepathy skill
5
book identification scifi/fantasy with talking human intelligence cat
7
Book series: guy becomes a vampire, creates portals to travel between different worlds to avenge the girl who turned him
6
Old sci-fi book about cat people at war with humans, guy in biodome thing
8
Book about a girl who learns she is half Elf, half Human
5
Book about a young man with a cat sidekick
2
Book about lizard people and cat people