Was The Fallen ever mentioned or appeared in any of the other Transformers canons?

Was The Fallen ever mentioned or appeared in any of the other Transformers canons or was he made entirely up for the film Transformers 2: Revenge of The Fallen?

Looking for instances of him in any of the cartoon canons.

He was first created for the Transformers: War Within: The Dark Ages comic book mini-series published by Dreamwave, a story line that was never concluded due to Dreamwave going bankrupt. 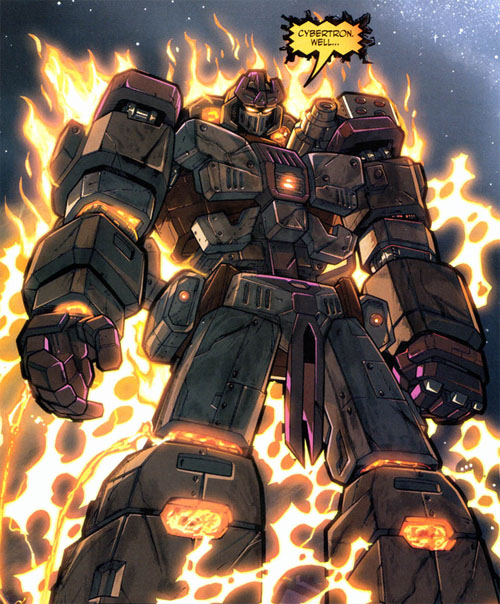 In the Aligned continuity (War for Cybertron, Fall of Cybertron and Transformes: Prime), the Fallen was a name given to Megatronus, one of the Thirteen Primes and the first Decepticon.

Has has made no cartoon or animated appearances so far.

Not the answer you're looking for? Browse other questions tagged transformers transformers-live-action-series transformers-revenge-of-the-fallen or ask your own question.

10
Why was Snarl not in The Transformers: The Movie?
9
The Concept of being a “Prime” in the Transformers film universe
7
Is this Optimus Prime figure based on any canonical instance?
4
Does age affect a Transformer's healing (repairing) capacity?
22
Have any Autobots changed sides to the Decepticons?
6
Does the Matrix of Leadership work for Transformers of any affiliation?
5
What is supposed to happen on “The Day when All are One”?
10
Did the Nostalgia Critic accurately predict “Transformers: The Last Knight”?
0
Which senses do transformers possess?