Is this Optimus Prime figure based on any canonical instance?

I know that in various canons, Optimus has been able to fly utilizing various upgrades, whether temporary or permanent. The most similar instance/design I am personally aware of was

Optimus utilizing the cannibalized spare parts of Jetfire to temporarily upgrade himself in Transformers: Revenge of the Fallen

Across the mass of Transformers canons (shows, movies, comics, books, even toys), is there any instance of Optimus attaching Starscream's wings to himself, on which this figure may be even loosely based? 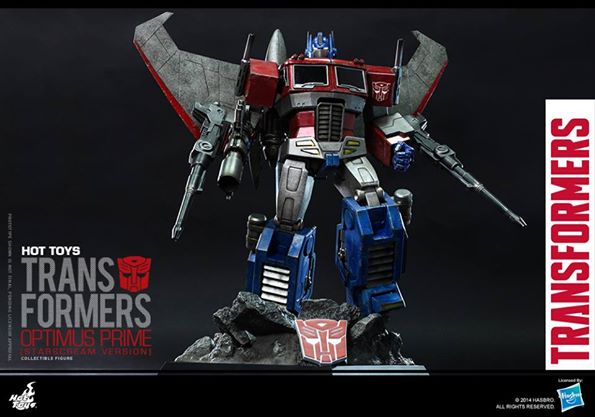 According to Transformers World, it's apparently an obscure reference to the G1 episode "Megatron's Master Plan", in which Starscream disguised himself as Optimus Prime.

For those not aware of the Starscream reference, the Generation 1 episode "Megatron's Masterplan" showed Decepticons masquerading as Autobots to discredit them, which showed a scene of Starscream as Optimus Prime with wings out.