What is Prester Omega?

In Defenders Vol 4, Strange and the Other find the Concordance Engine, and it was guarded by Prester Omega, who is extremely powerful.

So who exactly is Prester Omega?

According to the Marvel Wiki page for the Concordance Engine:

It is the heart and soul of a universe, the map of everything, and if it would be destroyed it will lead to the destruction of the universe.

So has the Concordance Engine existed since the beginning of the universe, or did somebody create it?

Prester Omega is one of a group of humans and superhumans chosen to guard the Concordance Engines; devices created by the Celestials of another universe, capable of altering reality and suspected of being lynchpins to all of reality.

Fantastic Four Vol. 1, Issue 54 (1966) introduces us to Prester John, monarch of Pentoxere, a kingdom in eastern Asia. Supposedly the descendant of one of the Three Kings, Gaspar, Melchior or Balthasar. 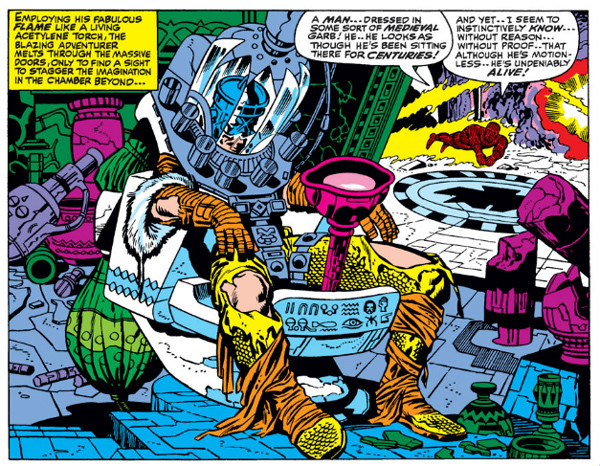 Note Prester Omega sitting by the representation of the Concordance Engine. I say representation because the device is supposedly THE UNIVERSE or a facsimile, that if destroyed could destroy part or all of the Earth-616 universe. 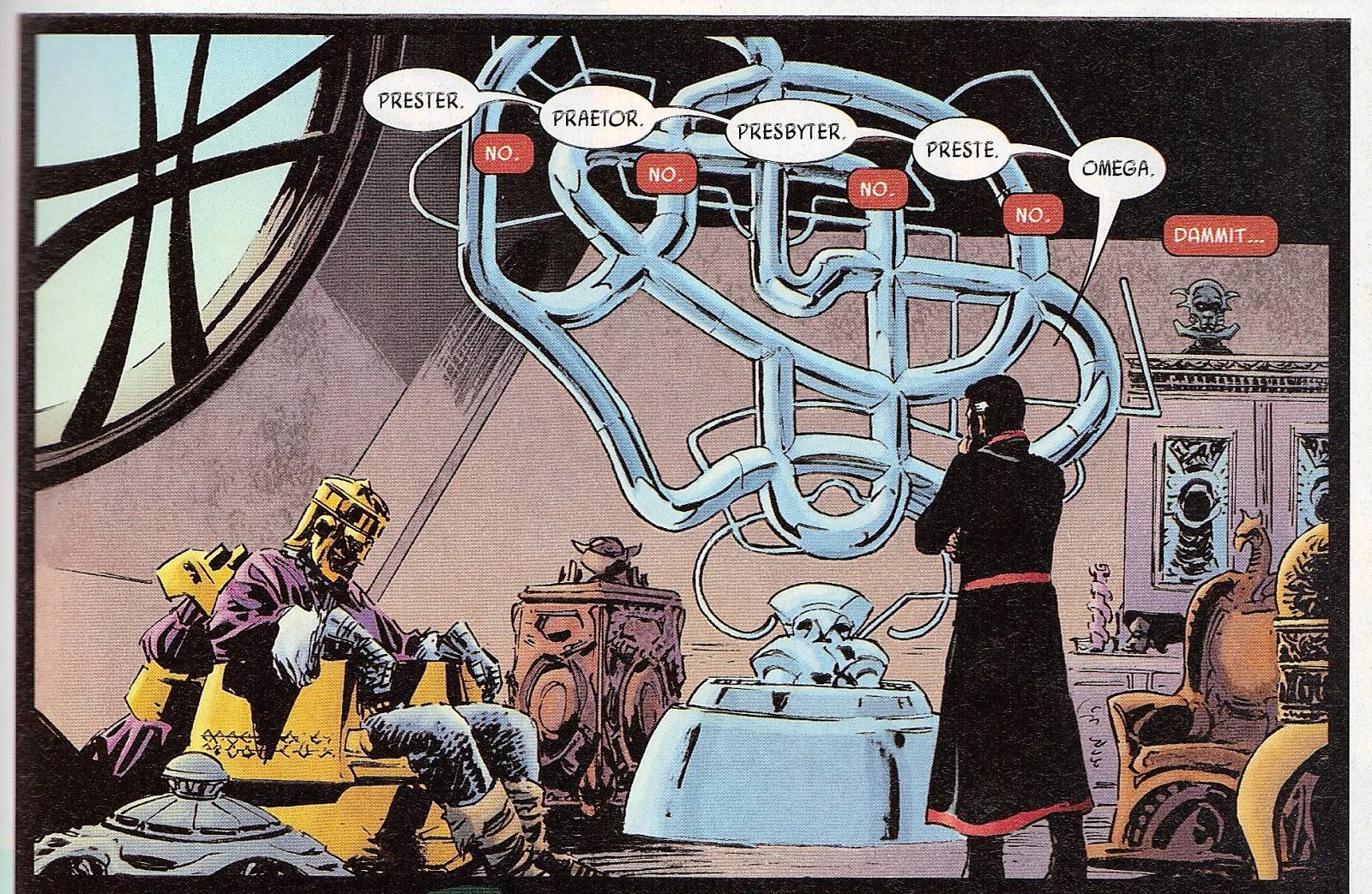 Prester John claims there is a relationship between he and Prester Omega as "brother knights" protecting other artifacts of power. If so, the relationship between the two characters has not yet been fully explained or explored. It is likely part of the secret history of the world that has been hidden by the Concordance Engine(s) to protect itself/themselves from misuse. 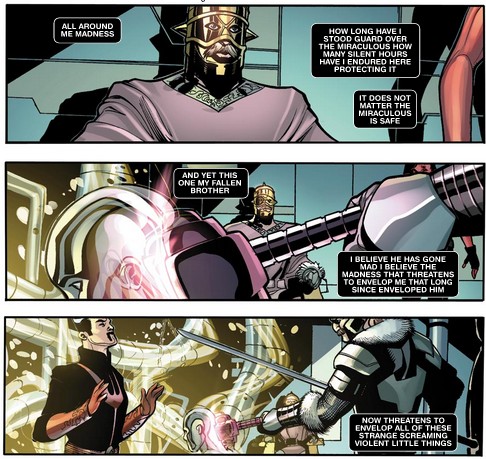 The object you see pressed against the Silver Surfer's neck is the stellar staff of Prester John, which now has the Evil Eye incorporated into it. It is capable of harming even the likes of the Silver Surfer. (Defenders #3, 2011)

Marvel's own site does not have a listing for Prester Omega, but the Marvel Wiki does, and it notes that he is from Earth-616.

He is the guard of the Concordance Engine located under Wundagore Mountain. Prester John lured Nul to the Engine, hoping the Breaker of Worlds could destroy it and thus allow him to escape to another world. Instead, Omega destroyed Nul, and the Defenders took the Engine and Omega back to Doctor Strange's home.

Looking at his list of appearances, he appears to be a fairly recently created character (his first appearance seems to be in 2012 or so).

10
If the Infinity Gems are so powerful, why can't anyone find them?
22
Is Magneto officially an Omega Level Mutant?
4
What makes up Midgard?
14
How could Thor's hammer Mjölnir be forged in the heart of a dying star?
34
Which Infinity Stones have we seen so far in the Marvel Cinematic Universe?
5
What is Kronos Corporation?