I remember a book in which the main protagonist is a human male and after witnessing alien activities he was forcibly whisked away. After being taken away he joins a type of galactic patrol type organization where one of his instructors/head instructor is described like an alien Big Bird.

Of the various scenes in the book, I remember the scene where the human man discovered the bird instructor literally "feeding the toilet". I also remember scenes with heavy drug use and scenes to make a sailor blush at least heavily implied if not described to some extent.

I read this book in middle school, so these scenes stick out the most in my memories. I have already checked and it is not a Steve Perry book. If I remember correctly, the one I read was paperback with a human male on the cover with a spaceship or space station behind him over a planet.

Could someone identify this book?

Your description seems to be a pretty good match for the synopsis here of Rebecca Ore's Becoming Alien (1987). They mention a character named Tom who is involved in drug manufacture on Earth, and who then gets whisked away to join the Federation of Space Traveling Systems which includes many different alien species. One of these aliens is described as looking like Big Bird, and the reviewer comments that "the many details of their elimination processes [related to your 'feeding the toilet' comment?] and mating rituals are ultimately numbing." But the reviewer also says that "Despite these defects, Becoming Alien offers a leisurely trip through a fascinating world containing aliens that are sometimes as unforgettable as was Tweel in Stanley Weinbaum's 'A Martian Odyssey.'"

The book was part of a trilogy, there were two sequels called Being Alien and Human to Human. Here are the harcover and paperback cover images (the paperback cover seems to have used an image of the alien from the movie Enemy Mine): 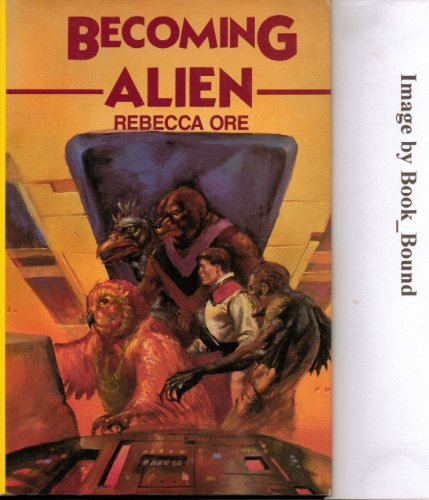 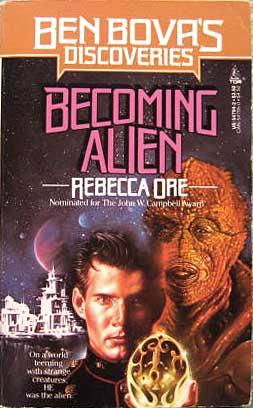 8
SF novel — the only human on a space station full of aliens
6
Book ID: 70s-80s novel about boy that goes to a space academy

16
Looking for an old story where humans conceal their newly-discovered psychic abilities from alien visitors
18
Old SF novel about a white-haired young woman, alien or half-alien, who tutors human kids
12
Short story, marooned starliner passengers on jungle world, only civilized beings keep pets
8
Book series about a young man who apprentices with a magician in a castle
11
Sci fi book about a human who merges with an amorphous entity after its alien host dies
8
Movie: astronauts visit a Mars-like planet with aliens passing as humans, alien embarks the ship, which destructs before landing on Earth
12
Book about a master lock picker