Why do Star Trek vessels always approach each other on parallel planes?

Space is just open 3D space, right? In Star Trek, ships are always coming from somewhere else: different solar systems, galaxies, etc. However, when they meet, they always seem to be on parallel planes (facing each other).

In some episodes I recall seeing ships that were adrift (and they appeared facing a different trajectory). How can there possibly be some standardized reference plane in space? Do ships just choose to align with each other to be polite? Or perhaps when entering a solar system, the pilot, or navigation system aligns orthogonally with the local orbital axis?

This is primarily attributable to Hollywood style. Even though it is realistic, Star Trek more often chooses what "looks right" instead. People are used to observing things in a 2D or gravity constrained 3D frame of reference, so when things are near each other, but in different planes of travel, it doesn't really look right to our minds.

There is a little bit of an argument for approaching on identical, or nearly so, planes and orientations since much of the galaxy is spread out across a vaguely dish shaped region, but even then there is too much thickness to the galaxy to not have many nearby stars in every direction from each other.

In universe, the most likely explanation that I've thought of is that, even though they now travel through space, the minds of most beings are still tied to a gravity constrained environment where everything near each other is in the same or a similar frame of reference. And as a result, when ships approach one another or are traveling within or near a star system, they reorient their ship so that it is traveling in a frame of reference relative to what's nearby.

Second, even in a 3D space, there has to be a common "up" and "down" (Z-axis) in the coordinate system. For our Milky Way galaxy, the most natural "up" is one or the other of the normals to the plane of the galaxy. While in a stellar system, "up" would be one of the two normals to that system's orbital plane. It would follow then that unless a ship were travelling directly "up" or "down" through the galaxy or stellar system along this normal vector, it would maneuver to keep itself oriented roughly "top-up", to avoid navigational confusion.

Third, though the shows/movies don't dwell on the real physics of this, ships in ST do orbit planets. Although there are an infinite number of possible orbital planes, even in one direction, the most logical (and easiest to break) is to orbit in the same direction as the planet's orbit around its star, within the same plane as the planet's stellar orbit. There may even be regulations requiring this while in well-travelled areas of space to avoid collisions.

Lastly, even if one ship is approaching another from a wild angle of incidence, one of two things would likely happen. If the ships are friendly, the incoming ship would match course with the ship it was approaching. If the ships are hostile, the ship being approached would turn to face the enemy (thus allowing the captain to bring the most powerful weapons he has - torpedoes - to bear with minimal targeting, and also pointing the highest number of phaser banks at the enemy ship).

Out-of-universe, having two ships, or formations of same, be aligned in attitude when facing each other is mostly for the audience's benefit. We're not used to seeing things "upside-down" while at rest, and with a large variety of ship configurations in the Federation fleet (nacelles-down, nacelles-up, "barrel section" or no, etc) you at least need an "establishing shot" showing the ship in a "normal" attitude, before you begin playing with relative attitudes during combat or other wild maneuvering. So, even if two ships approached each other with each one looking "upside-down" to the other, it would make sense to have the approaching vessel match axes with the ship being approached so the audience can easily recognize the two ships in question.

Understand that the camera angles still may not indicate the true orientation of the two ships relative to the galactic plane (our common "up"). They may be meeting at an angle 30 degrees off the plane, and inverted. As long as they are both "right-side-up" relative to each other, there is a camera angle that would make them appear to be traveling through space as if it were a 2D surface.

There's also another argument to be made for how these shots are made. Historically, the show has used scale models (way before CGI), which are held up by invisible strings and thus must comply with the local laws of gravity... of the studio set.

There was one episode in one of the Star Treks where the captain commented that the other ships were thinking in 2D, and he outwitted them by some 3D thinking. I think this is because we do not often think in 3D - we naturally tend to think in a 2D mode, and so when captains of ships meet others, they tend to align themselves in 2D.

But the question is right, that in a real world, ships would appear in all sorts of orientations, and the crew would have ot learn to deal with it. However, I suspect that new captains, or new crew members, will struggle to cope with true 3D thinking.

There's no good in-universe explanation. The Enterprise always seems to be travelling from planet to planet in a 2D plane, which would be unrealistic due to the thickness of even our disc-like Milky Way galaxy.

Bear in mind that the starships of Star Trek are inspired substantially by naval vessels. The organizational structure of the crew, certain roles, the manner in which the captain gives orders are all patterned on the U.S. Navy. Likewise, the exploratory nature of the show was inspired by the European exploration of the world which took place in centuries past. With so much inspiration drawn from the 2D world of ocean going surface vessels, it becomes a difficult pattern to break out of. Of course, the fact that our solar system is so neatly planar probably helps sustain the 2D bias where "up" points in the general direction of Polaris.

In space, "up" is an arbitrary choice. If it were at all possible to implement Star Trek-style artificial gravity, "up" will be consistent aboard an individual vessel, but each vessel could be at any orientation in global space, so two vessels could meet at any 3D aspect relative to each other.

If the creative staff had attempted a more realistic, less constrained depiction, it would probably have confused audiences.

Bear in mind also, that Star Trek exterior visualisations take a LOT of creative license with scale. The ship in orbit around a planet should be an invisibly tiny dot against the hemisphere of a planet that actually fits in frame. There are similar issues with space-combat sequences too.

Bottom line, it's a simplification to make things more relatable.

In Enterprise, vessels often docked with one another (prior to frequent use of the transporters).

In-universe, vessels orienting themselves on equal planes could just be a remnant of an earlier commonly-performed maneuver, sort of a standard operating procedure akin to hailing and the like.

There is one instance of the Enterprise D approaching from "underneath" in the episode All Good Things.... There is a video of that on youtube.

However since that sequence is set in 2359 it may be due to the advenced combat tactics they had in this timeline...

Stellar navigation usually requires a fixed point of reference. When planes navigate the surface of the earth is that reference 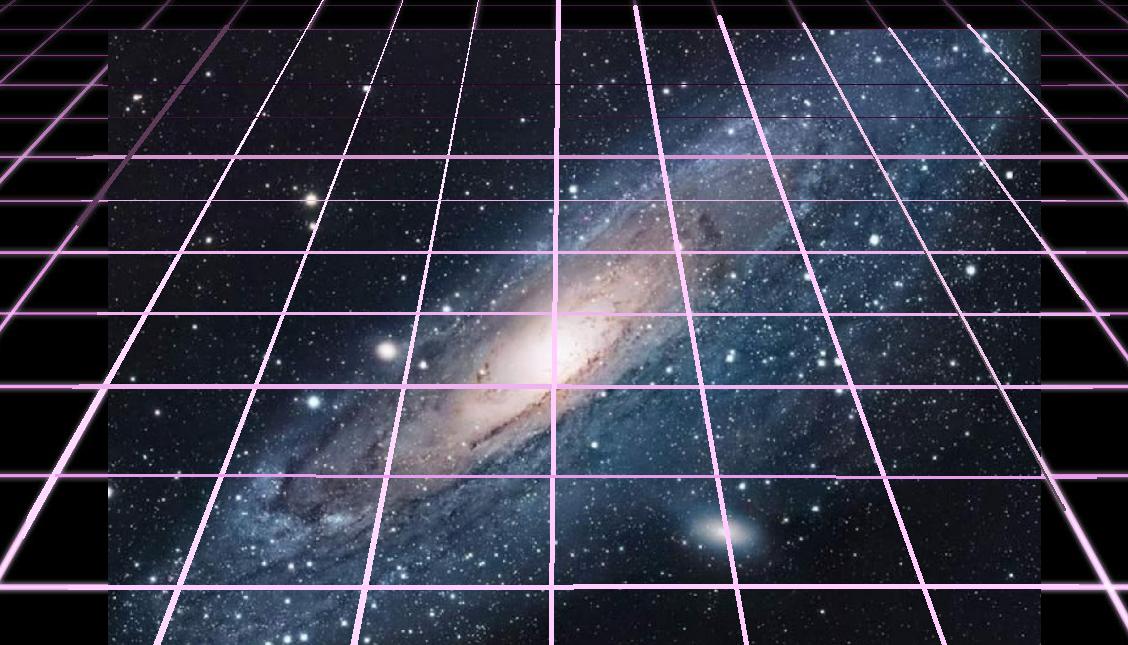 . In space one possible affixed point of reference is the galactic center and if you're using the plane of it's rotation then you're ship is oriented along that line. If you use the imaginary plane of the galactic rotation as a X-Axis, you'll always be horizontal with it no matter what system you visit. Assuming other space faring civilizations use a similar reference, With only 50/50 chance you'll encounter a ship upside down.

Because it looks good, and it's easier.

A long time ago, I used to play the Traveller RPG (https://en.wikipedia.org/wiki/Traveller_(role-playing_game)). In the combat rules for ship to ship combat it actually said that since any three points depict a plane, then any combat involving 2 or 3 ships should just be handled using 2 dimensional coordinates just because it was so much easier. (I'm paraphrasing. It was a long time ago and don't claim to remember it word for word). I can't remember what it said about 4 or more ships fighting.

To apply the same concept here, as long as you have less than 4 ships involved, they are all essentially on the same plane as each other. Obviously their individual attitude might be different from one another, but I'm sure for the sake of ease, they just make them all parallel.

I used to scoff at the idea that all battles must be upright and planar. I aplaud that Star Wars III broke from that model albeit at a local scale.

If you look at distance or time, and your goal is to minimize distance between two points in the same galaxy, you would want to maintain a Z-level consistent with or the system ecliptic (short distances between planetary targets), and the galactic plane (longer distances between systems, assuming a flatter galaxy). For tactical reasons you may leave that plane, but you will pay the price in terms of time, distance, and fuel (assuming non-instantaneous jump drives or the like). This assumed spiral, lenticular, or other elliptical galaxy.

If you start to look at globular, or spherical galaxies, then you will tend to always be travelling off from any consistent galactic plane.

In the Star Trek universe (and most sci-fi), while space has zero gravity, the ships all have artificial gravity. Ships rendering aid to and needing to dock (or couple) with one another would need to align their artificial gravity with as closely a possible to avoid accidents and/or injury when moving between vessels. It is also possible that the artificially created gravity plane is not entirely confined to the ship's structure and would thereby create sensory issues when two ships are in close proximity.

user98742user98742
1
1
Add a comment  |
Highly active question. Earn 10 reputation (not counting the association bonus) in order to answer this question. The reputation requirement helps protect this question from spam and non-answer activity.

Not the answer you're looking for? Browse other questions tagged star-trek spaceship orbital-mechanics or ask your own question.

1
How do starships always know which way is 'up'?
44
Why doesn't Voyager in Star Trek go above the galactic plane to get back home?
22
Is the "Enterprise" the Only Upside Down Ship in "Star Trek?"
4
Is there a specific orientation that starships must be in in the Star Trek and Stars Wars Universes?

3
What were all the occasions where the Star Trek Captains have met each other?
20
Why Star Trek vessels are so big, when their crew is so small?
16
In Star Trek, why doesn't time travel always lead to alternate realities?
22
Why don't Star Trek vessels experience time dilation while travelling at impulse speeds
13
Has there ever been a warp / non-warp collision?
1
Why are Star Trek Federation ships white?