Has there ever been a fight between Iron Man and the Hulk where one of them won?

I've been thinking about, and I've read spin-off stories that talk about who would win in a fight: Iron Man or the Hulk. Iron Man has technology and speed on his side, but the Hulk has brute strength and would be able to reach the height Iron Man does (as shown in the Avengers when the Hulk scales buildings as if it was nothing).

Has there ever been an answer to this?

Iron Man and the Hulk have fought each other on a handful of occasions. The most brutal battle was during the World War Hulk storyline.

Even with all of his technology and wearing the Hulk Buster suit, Tony is unable to stop the Hulk.

Iron Man dons his "Hulkbuster" Suit, in hopes of defeating Hulk. As the fight rages on, Iron Man, in a monologue, takes full responsibility for the incident, and explains that he knew that this day would come, as soon as he heard news that Hulk had not reached his destination. As they are battling, Iron Man injects nanobots into Hulk's bloodstream. This was supposed to slow him down, but hasn't seemed to take effect yet. After much fighting in the now empty Manhattan, Iron Man seems to have defeated Hulk. But, after a flashback of the death of his wife, Caiera, he only becomes angrier. He bursts from the crater his body had created, and dominates Iron Man.

The one-on-one ends with the Hulk victorious, and Tony's Hulk-Buster armor destroyed. The Hulk goes on to defeat the Fantastic Four, Doctor Strange, and everything and everyone thrown against him. 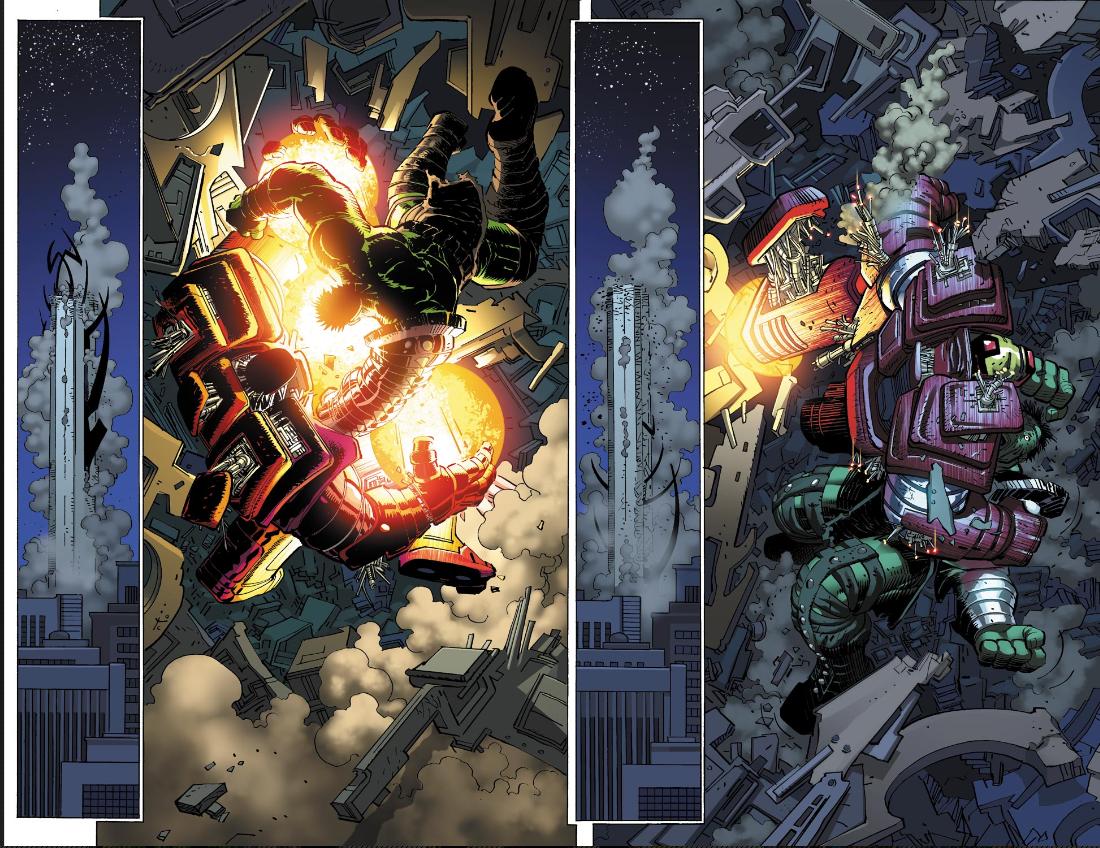 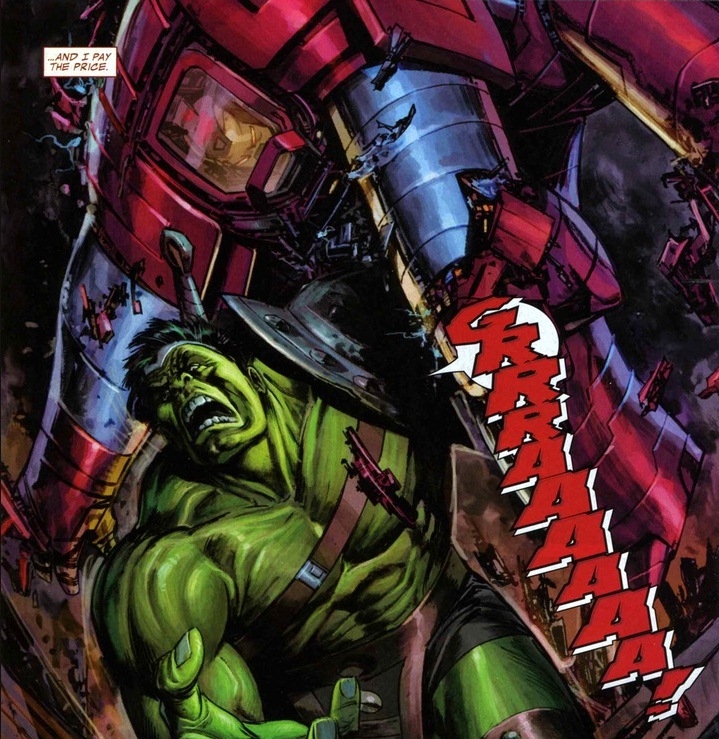 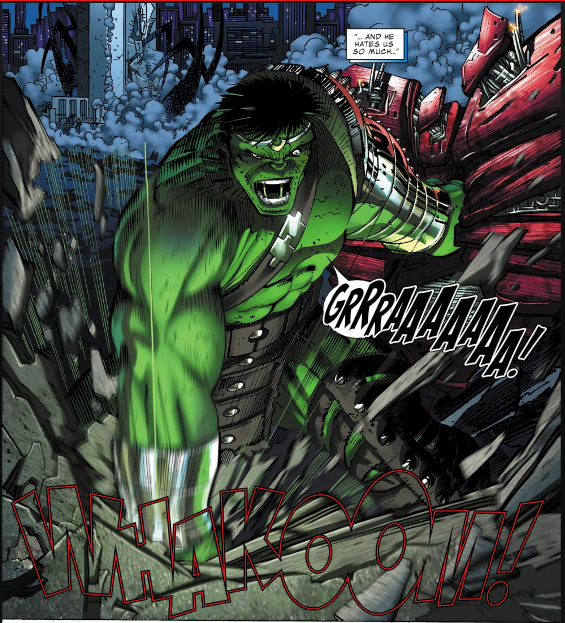 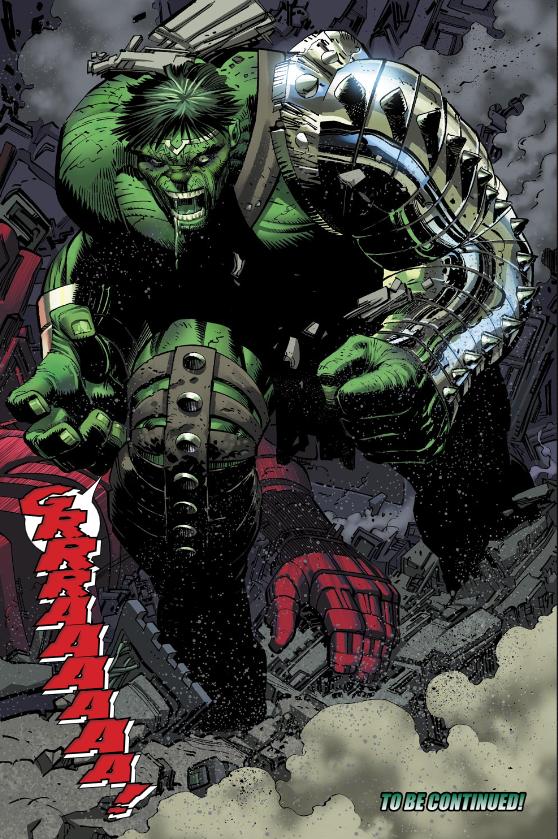 That red wreckage in those last two panels? That's Tony's Hulk Buster armor. Or... It was.

Hulk v Iron Man's latest, most heavily weaponised, Hulkbuster armour from this weeks Hulk v Iron Man. Hulk could do this to Ultron but for plot purposes they avoid writing a fight between them. 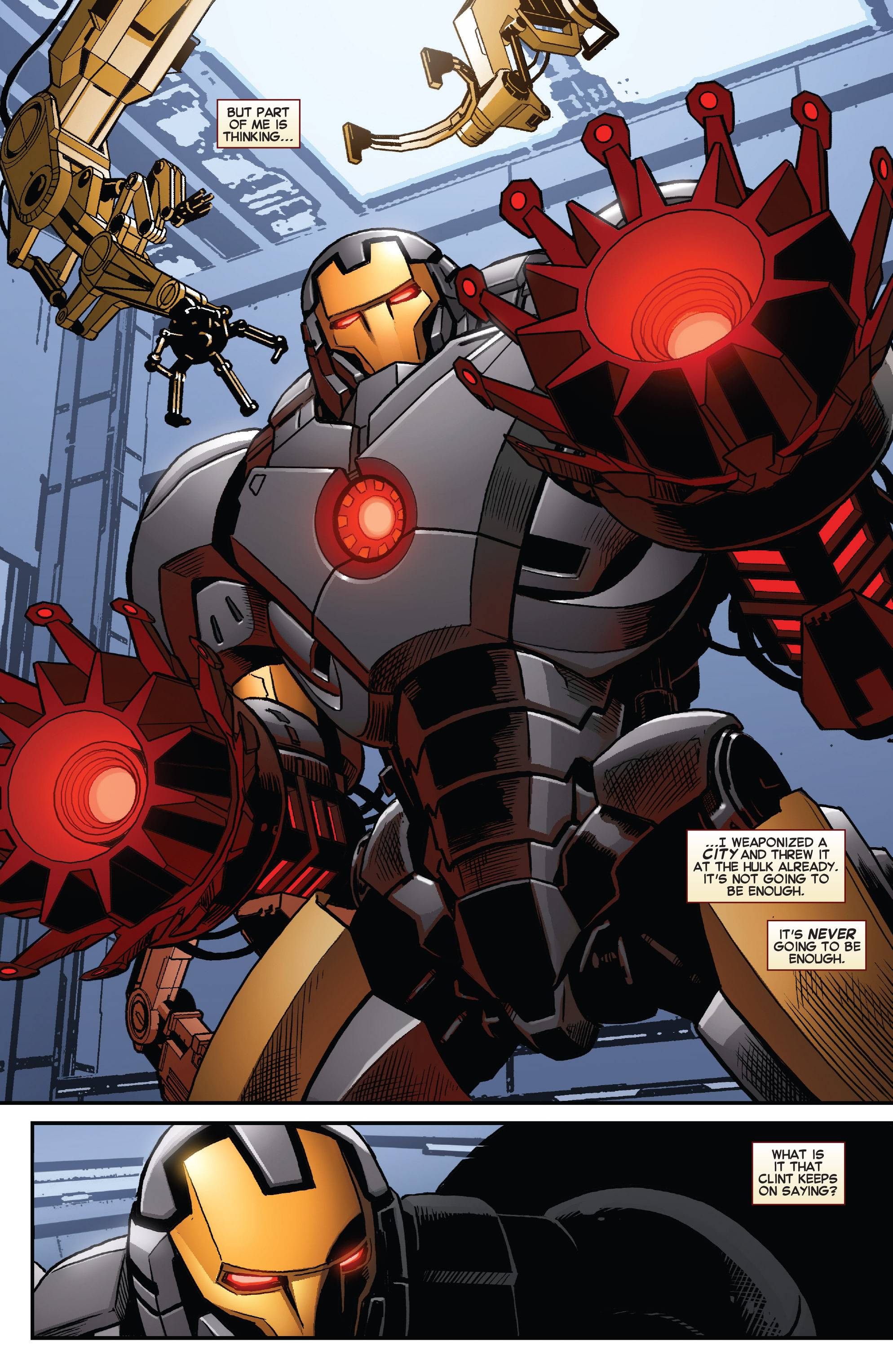 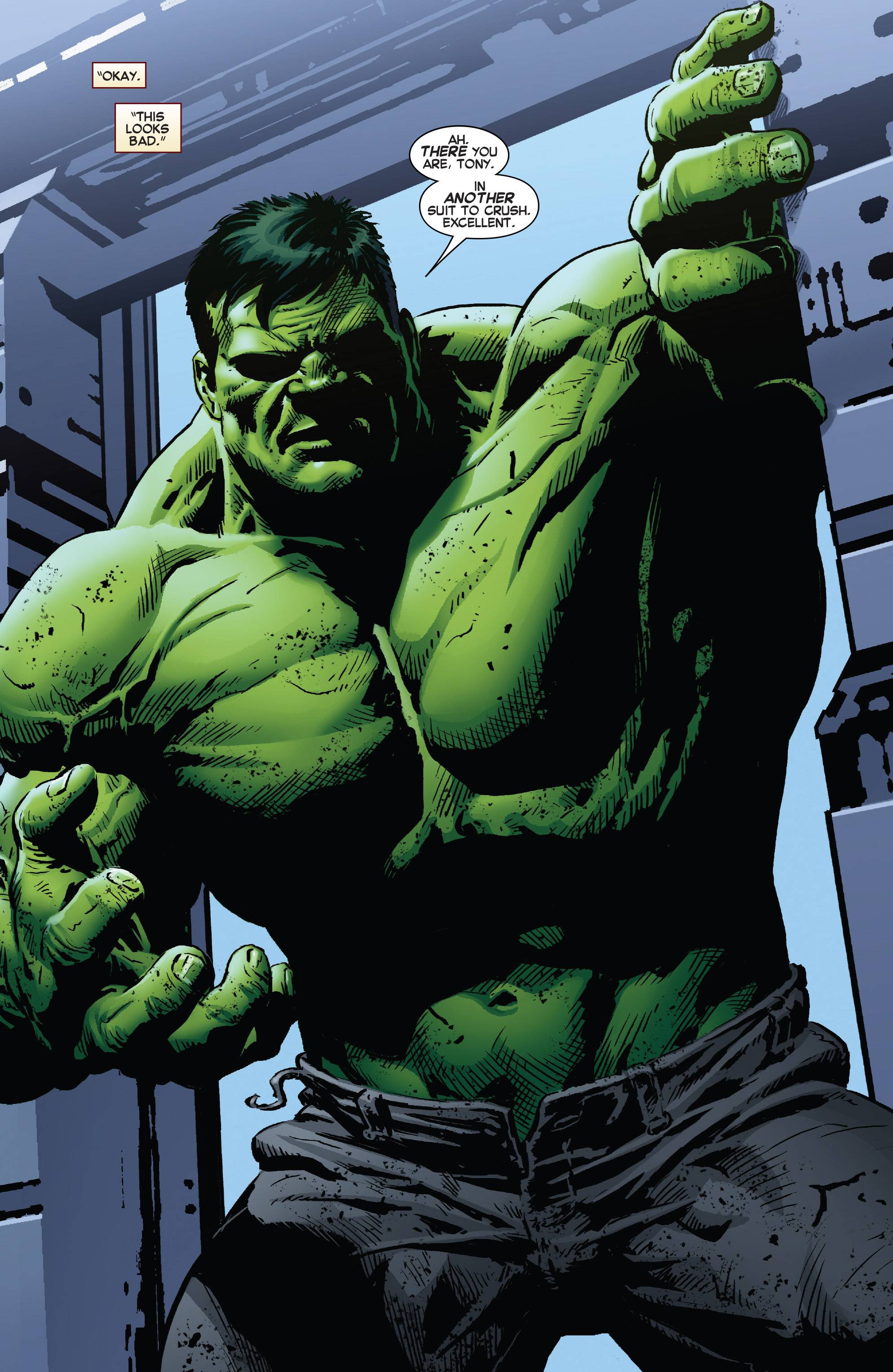 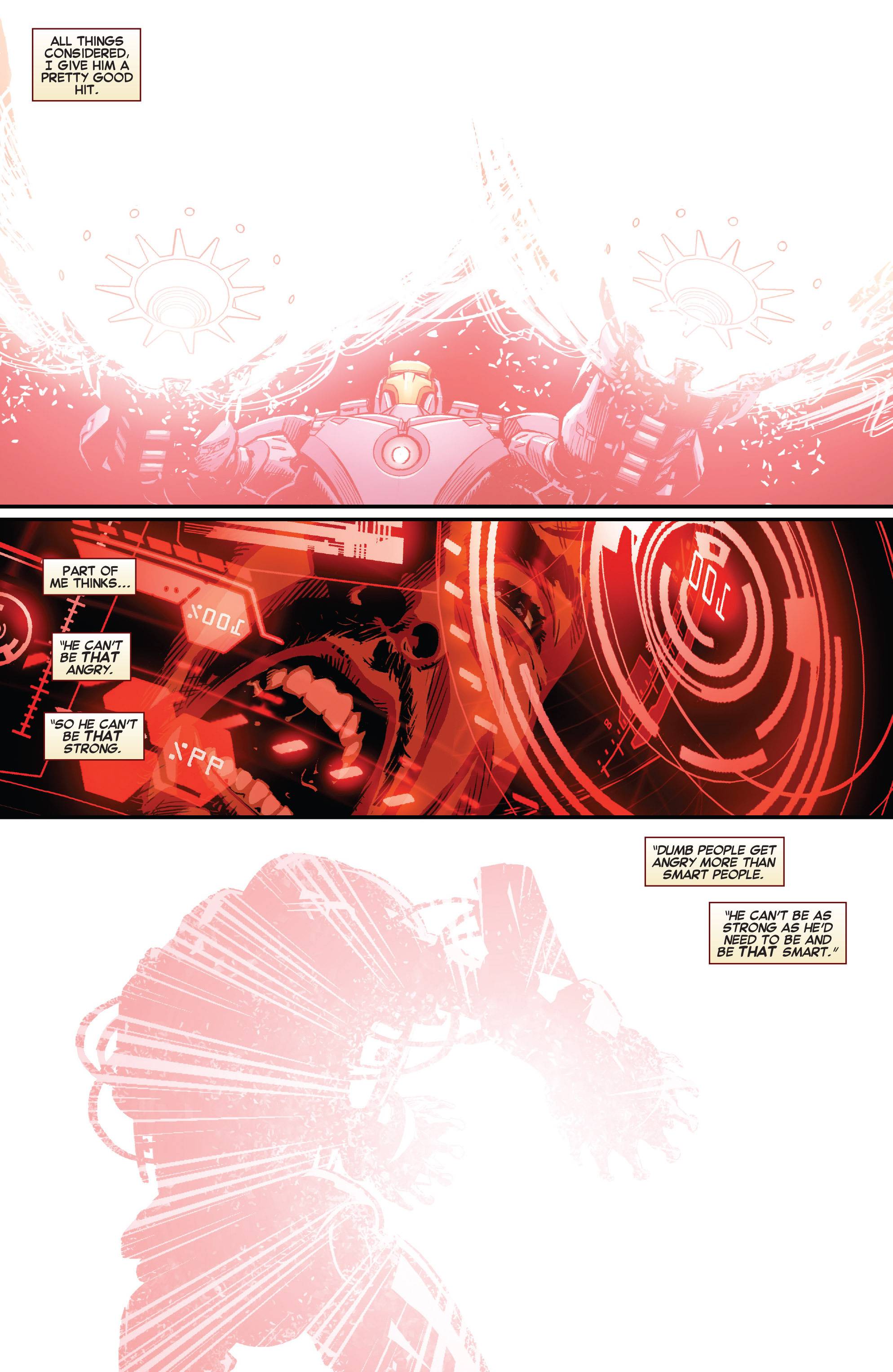 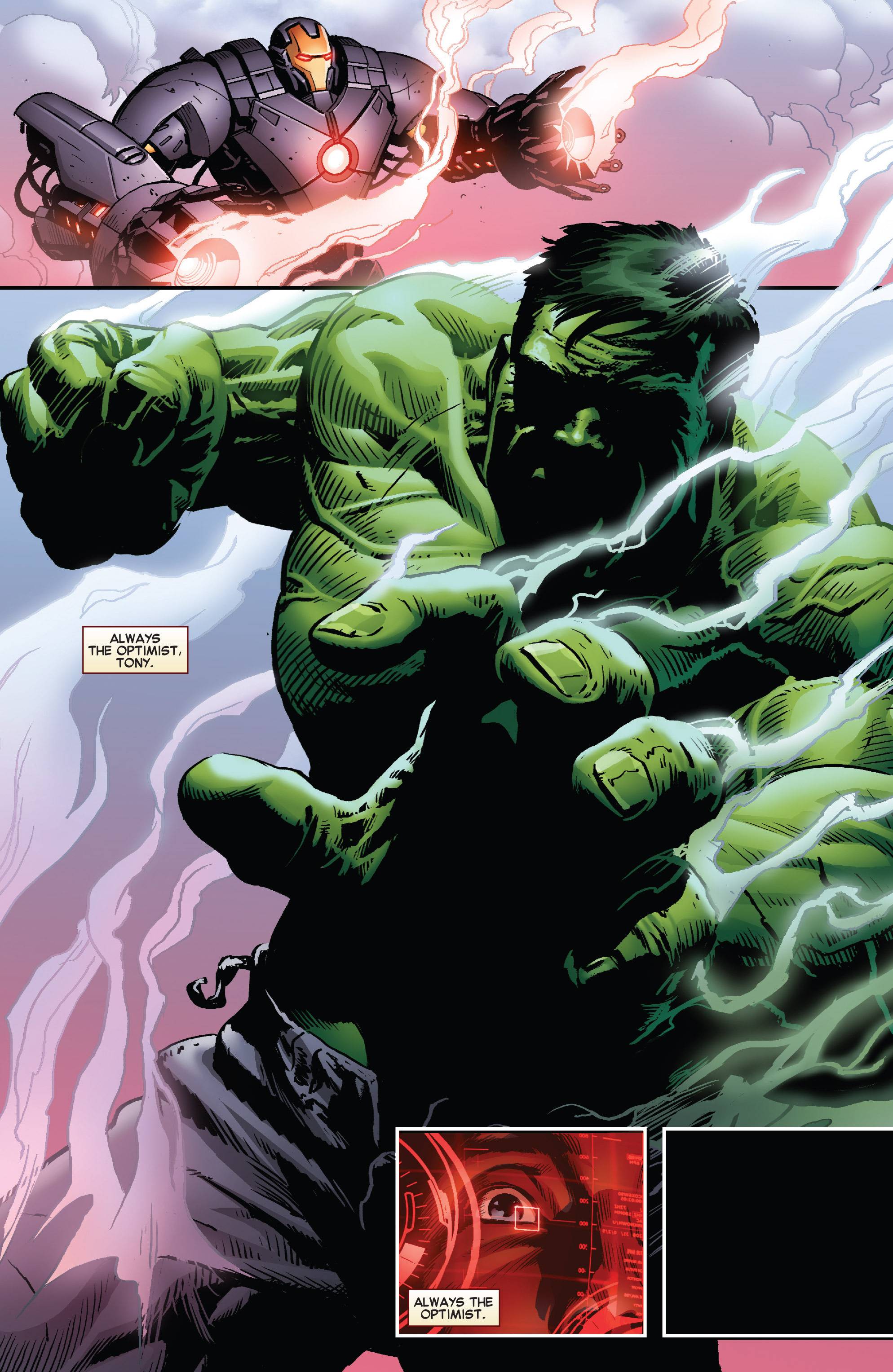 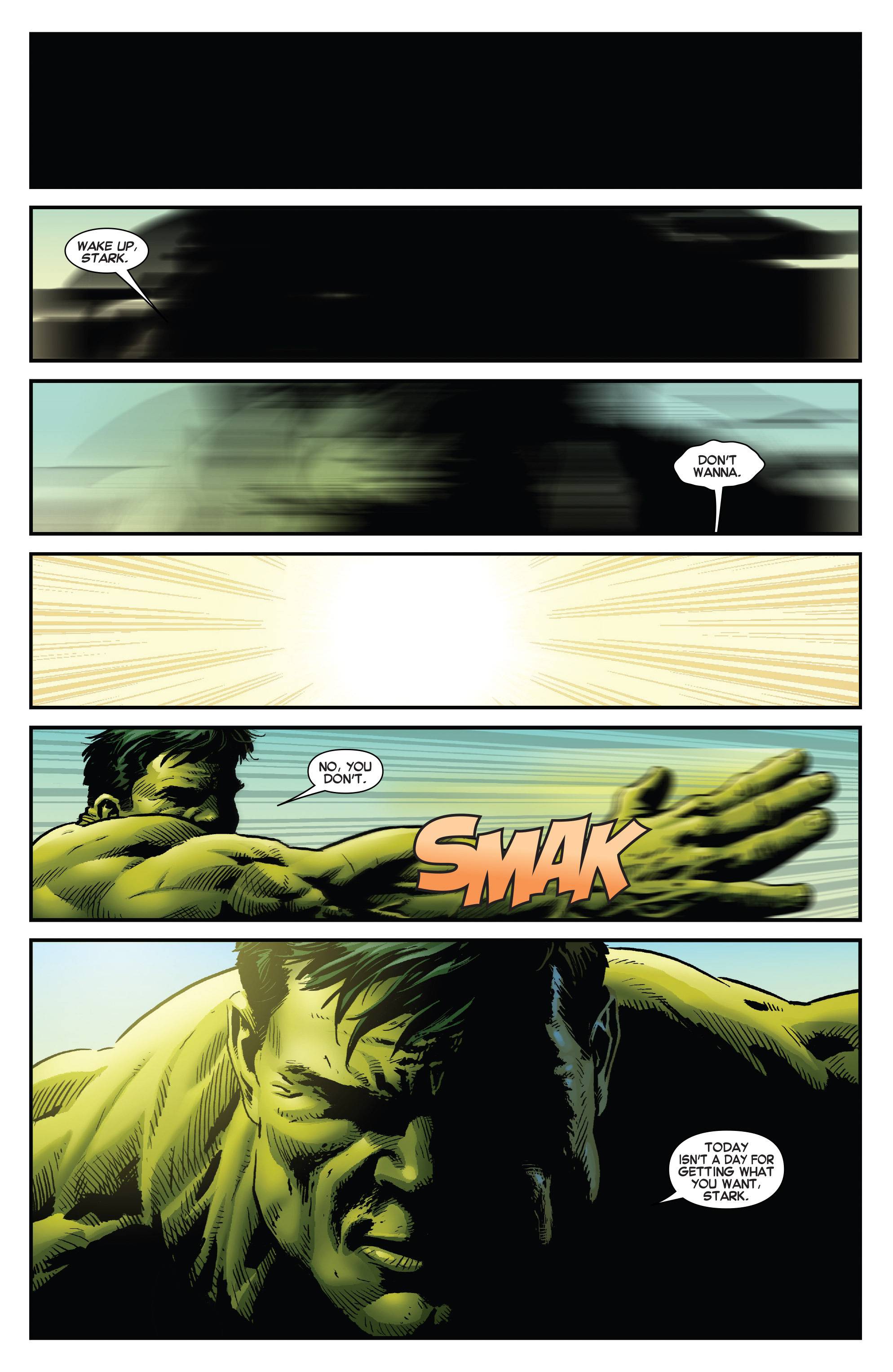 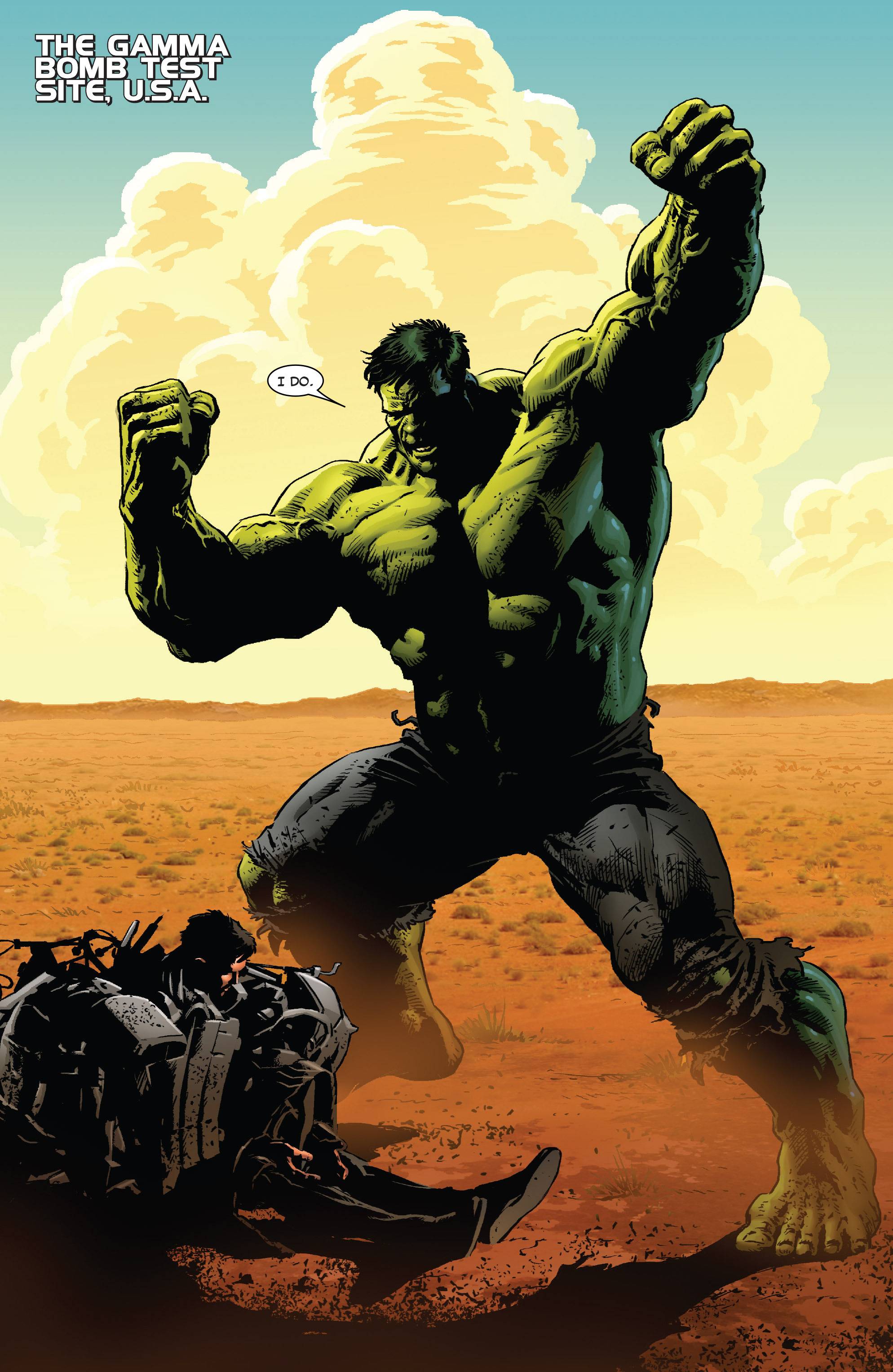 Hulk wins.
Iron Man has made armors specifically designed against Hulk before; there is the Hulk Buster Mark I in Iron Man (vol. 1) #304, which was capable of lifting 175 tons but in Secret Wars bannerhulk one of the weakest hulk forms lifted a montain which weights way more than 175 tons and the Hulk Buster Mark II was destroyed in a brutal battle in World War Hulk #1.

Based on previous comics, the strength of the Hulk has always outweighed anything Stark can design, so he always wins

Iron Man has won against Hulk before. In Iron Man #132 Iron Man put all of his power into to a punch and defeated Hulk. 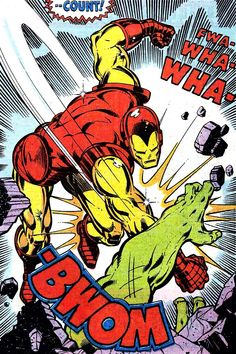 Not the answer you're looking for? Browse other questions tagged marvel iron-man the-incredible-hulk or ask your own question.

16
Canonically, can Mjölnir be lifted by brute strength?
4
In The Avengers (2012), How did they communicate at the climax without any ear device even though the inner ear technology was created in 2013?
2
Is Hulk classified as a hero or villain by the MCU writers?
0
Bruce Banner allows Avengers to use the powers of the Hulk despite being horrified by his actions