My 5 year old son has been garnering an interest in Marvel superheros and is a particular fan of Spider-Man. I recently showed him the Marvel Super Heroes Storybook Collection (Amazon link) where it discusses, among many others Nightcrawler in the new X-men. I managed to explain Nightcrawler's abilities of teleportation when he then asked this question:

I don't really recall seeing Nightcrawler in the X-men comics I did read when I was younger (back when X-Cutioner's Song took place), so I didn't have an answer for him. Has this been discussed in the comics?

In principle, yes he could escape. As you can see in the scan below (from Uncanny X-Men #445) Nightcrawler has the ability to teleport away from things that are touching him. If he was trapped in a sticky web, it would be a simple matter to teleporting a few feet to the left and the web (which isn't part of him) would remain in place.

Per Marvel's description of his powers:

Nightcrawler is a mutant who can teleport by opening a portal into another dimension, travelling through it via an unconscious direction-finding sense, and returning to his own dimension

If, on the other hand Spiderman was able to obscure Nightcrawler's vision with a dense enough web, that would be a different matter:

As you can see from the scans below, Spiderman has attempted to catch Nightcrawler in a web on at least one occasion. Although we don't see his escape a frame later, I think we can reasonably assume he used his teleportation powers given that there's no web visible on his outfit (as there would be had Wolverine used his claws to cut him free). 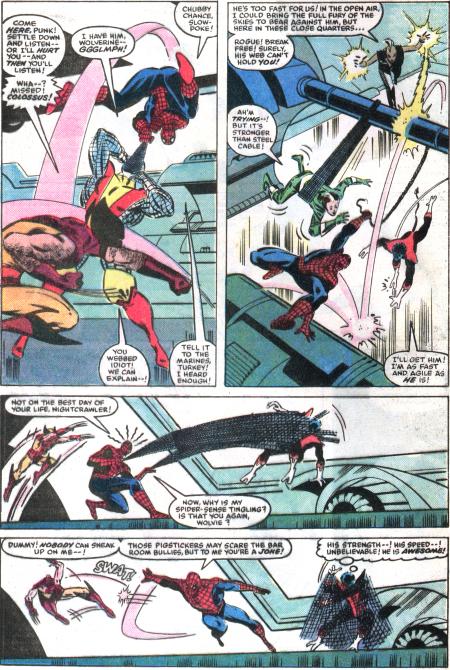 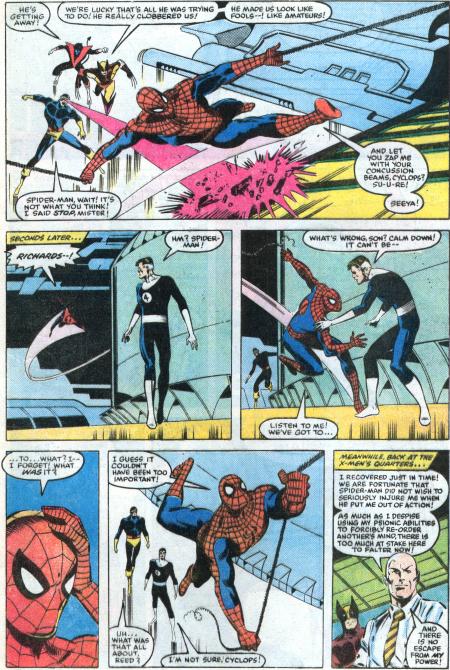