How did Hydra get ahead-of-time technologies?

In Captain America: The First Avenger, the US military was shown to have normal weapons of the WW2 era. Even Stark's aeroplane (which dropped Captain America in enemy territory) was of that time.

Hydra was initially working for Hitler, whom they later planned to overthrow. If they initially agreed to work under Hitler, it means they weren’t that powerful initially (probably there was a money issue too).

Later, the only special thing they had was the Tesseract. This explains the advanced weapons able to vaporize people (or destroy New York). But what explains the Valkyrie, advanced submarines and bombs having rotors which were clearly ahead of time? How did Hydra achieve that much in such a short time? Enhancing aerodynamic design etc requires decades of research.

The Valkyrie wasn't really ahead of its time, nor were those bomb/planes they had. Essentially in WW2 in theory they could make a lot of things that we have today, its that power was essentially the issue. They could make a car that ran on batteries, it would just have a giant 10x10 foot battery attached, OR a small tesseract-powered core.

We hear Stark talk about what he could do if he had a power source that could be small enough. In Iron Man 2 his father talks about how he was limited in what he could do by the tech of the time, specifically the power that they had access to.

"Bombs with Rotors" as you call them were mini airplanes; as you see the Captain rides on the back of one in the movie, but typically a bomb would have a rotor on the back to help stabilize the bomb.

Because none of the technologies are "out of their time"

The "Valkyrie" plane in the film was actually adapted from an abandoned Nazi-era warplane concept known as the Amerika Bomber (more specifically a Horten XVIII Long Range Bomber).

As you can see from the 1943 images below, the design and concept are remarkably similar. 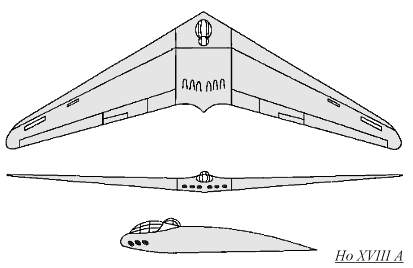 With regard to the propeller driven-planes, pusher-prop planes were experimented with in the late 1930s and 1940s. The concept art seems to have drawn heavily from designs like the Dornier Do 335. 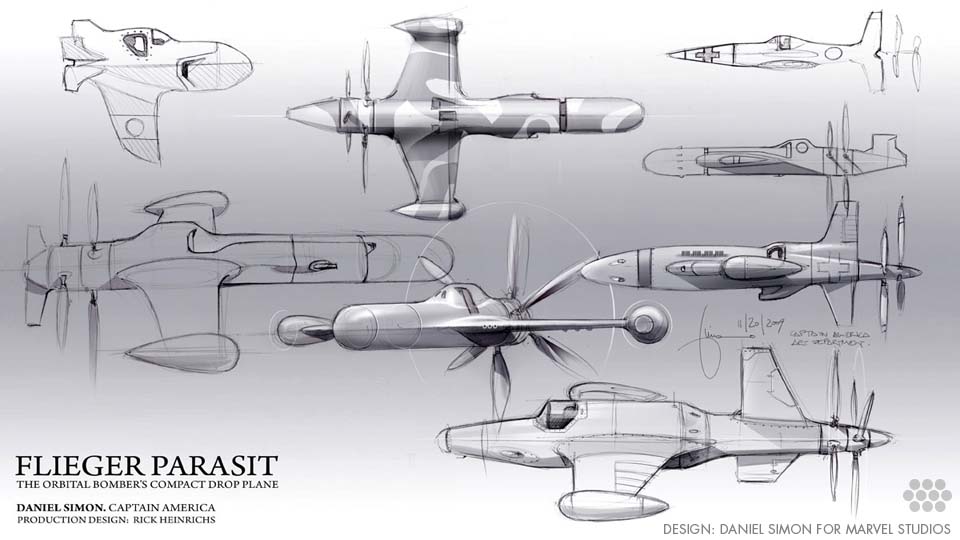 43
Did the Iron Man suit come from HYDRA's technology?
13
What was the fate of Hitler and the non-HYDRA Nazi party in the MCU?
33
Why did Captain America crash the Hydra bomber?
28
How did HYDRA get hold of Loki's scepter?
12
Why are heroes without supernatural powers considered “super” heroes?
6
Where did Helmut Zemo get all his HYDRA knowledge?
8
Why would SHIELD play a game from 1941 on the radio?
2
Why didn't anyone come for the Tesseract in Captain America?