When did all the people become vampires?

In the new I, Vampire, the main character is shown a city amassed with vampires.

When did this occur and how did no other superheroes notice a swarm of supernatural creatures encompass an entire city block?

The 2011 I, Vampire series opens with its hero, Andrew Bennett, attempting to stake and behead a street full of vampires. The reason no superheroes noticed a swarm of supernatural creatures is twofold.

First, this didn't happen overnight. Andrew and his lover Mary Seward aka Mary-Queen of Blood have been vampires since the 1590s. Andrew's conversion unlocked strength, power, and compassion in him. Mary's conversion however unlocked bile, hatred, and evil. They are usually at odds about killing humans and ruling the world. Mary's latest plan is to create a vampire army and take over the world. Over the first two issues there are flashbacks which show the sequence of events broken down here.

Andrew and Mary meet and make love. The following morning Mary wakes up 45 minutes before Andrew and leaves him a note. Mary then heads down to the subway where her vampire army awaits and tells them that humans are nothing but food and any vampires that die fighting them are martyrs. Then the following occurs: 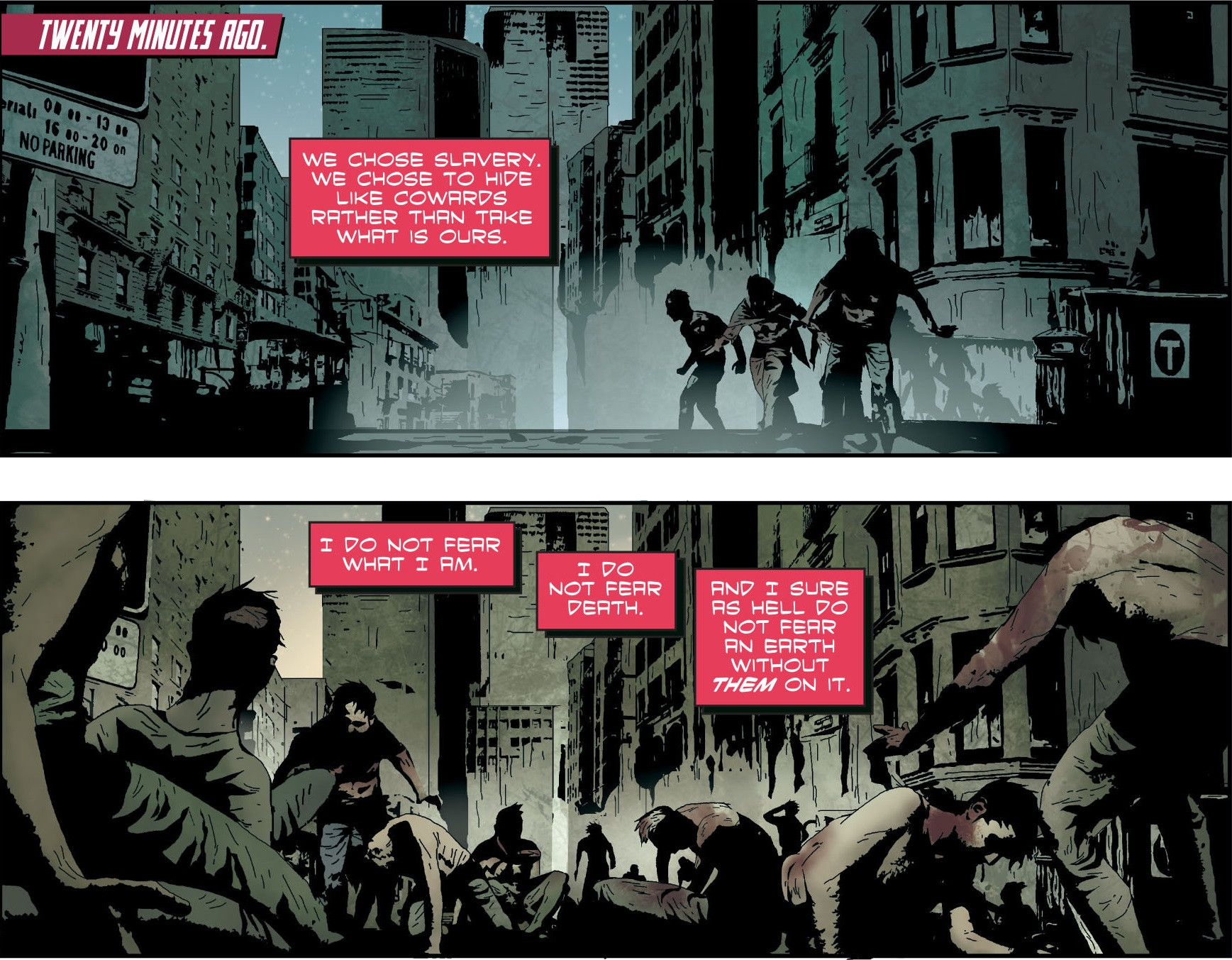 He looks out the window and sees this: 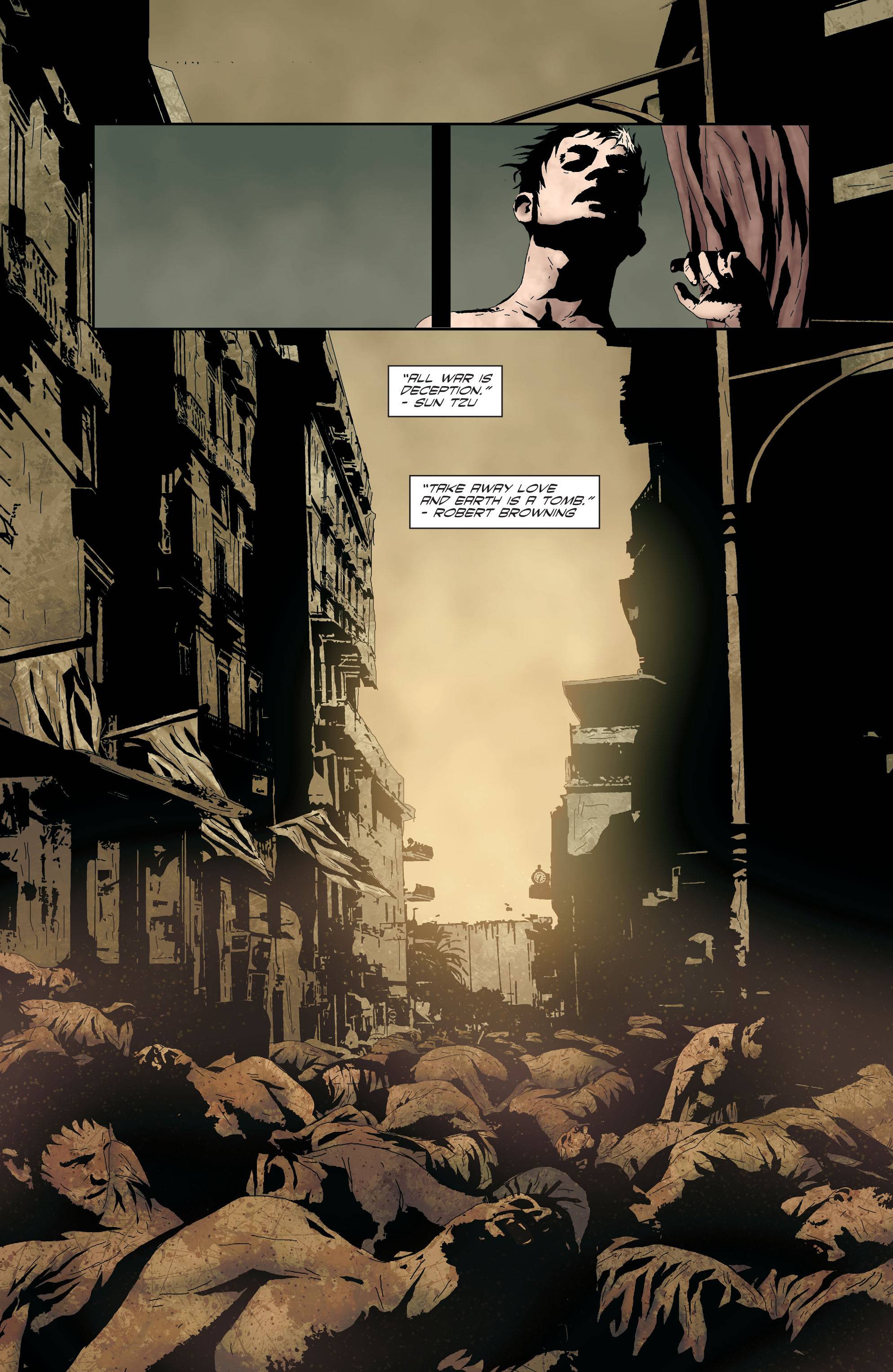 As he begins staking the vampires he realizes that these are not freshly bitten victims: 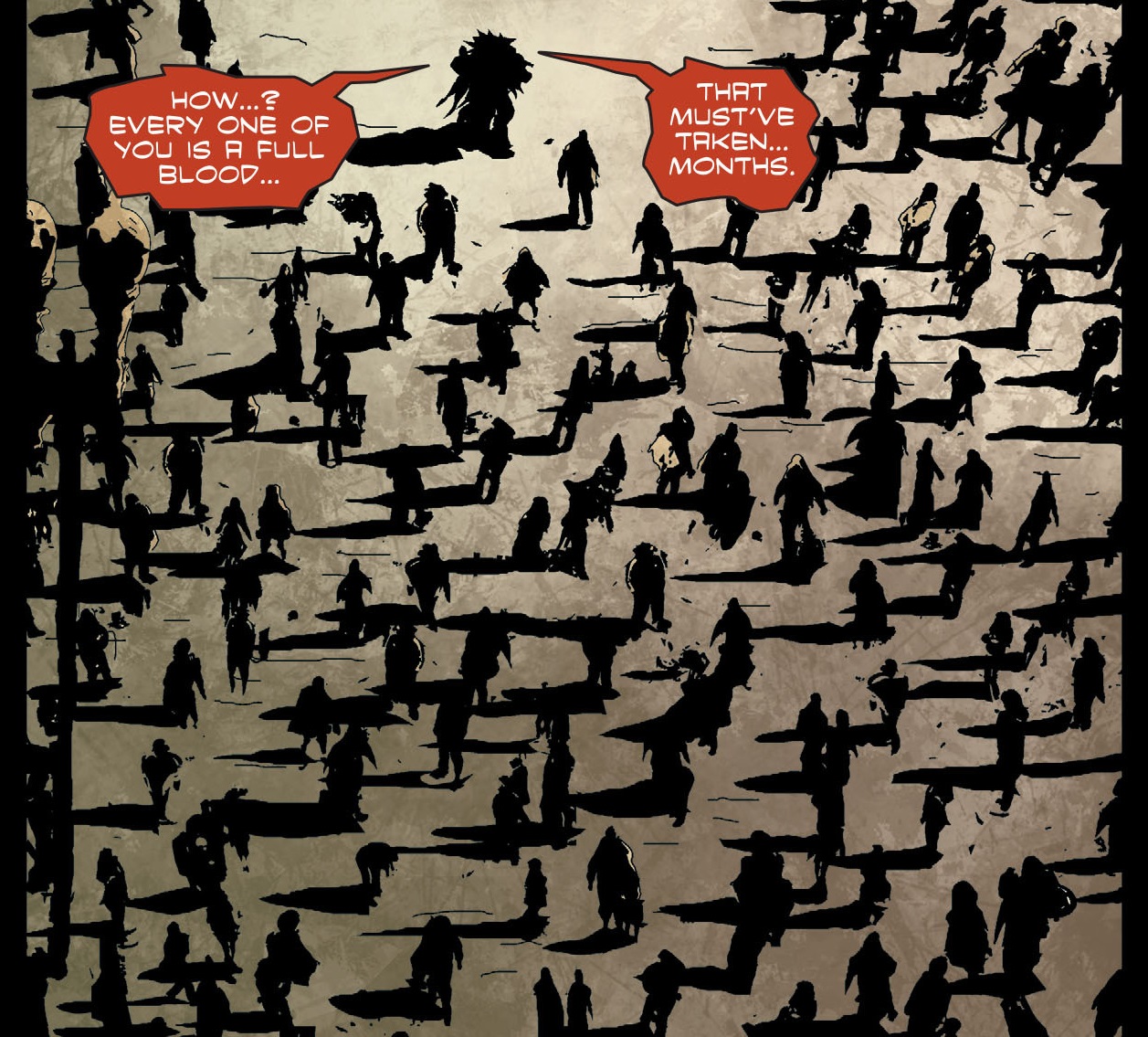 Mary amassed her army over time which kept the disappearance of people off the radar of the police and the superheroes. Additionally, these vampires can survive in sunlight so they can hide in plain sight. When Mary starts her attacks though, she does get the attention of everybody.

In later issues they come across John Constantine, Batman, Zatana, and Justice League Dark. So the quickness of her first attack is the first reason no superheroes noticed the vampire block party.

The second reason that no superhero noticed and army of the undead gathering in Boston is fairly straightforward.

There are no DC superheroes currently based in Boston.

Not the answer you're looking for? Browse other questions tagged dc the-new-52 or ask your own question.

10
What actually happened when the flash got shot?
6
Why did Superman & Supergirl start to suffocate instantly when Luthor made our yellow Sun red?
10
How many people who weren't superheroes did Batman reveal his identity to?
25
Are there economic implications portrayed in comics where the buildings and cities are ruined almost daily?
9
How did Robin fasten his strapless mask to his face, and how did he remove it?
32
How many people have deduced Batman's secret identity?
7
Was the idea of Batman inspired by vampires?
5
First time(s) other superheroes acknowledge Superman as morally superior to themselves?
5
When did Bruce Wayne get the amnesia shown in Red Hood/Arsenal #5
2
When did Clark Kent [post-Crisis and New 52] meet and become the inspiration for the Legion of Superheroes?