When was Kenobi planning on training Luke to "save the universe?"

So, as I understand it, Kenobi and Yoda's plan had been to rely on Luke or Leia to defeat Vader and the Emperor. From the movies or Expanded Universe materials, is there any indication WHEN Kenobi was planning on training Luke to "save the universe?"

Mostly I'm just trying to figure out for myself what the "Master Plan" was. If I remember Episode III's conclusion right, wasn't Bail Organa supposed to organize a rebellion? Was Kenobi planning on the Force to just scream at him when the time was right? Wouldn't you think that when Bail Organa summoned Kenobi he was also sort of counting on him to bring a young, trained Jedi with him to help save the galaxy?

I realize that Kenobi was limited to Luke's training by his uncle and aunt, but you would think that at some point he would have surreptitiously begun training Luke. And I'm not really looking for answers to the second paragraph's many questions. I'm just trying to explain the reasoning behind the initial question.

I'll preface my answer only by looking at Star Wars / A New Hope. Clearly, Ben knew there would be a time when Luke could reach a potential for training, since he remained in proximity to Luke.

Ben demonstrated some familiarity with Owen, and Owen's denial to share with Luke any secrets of his true parentage. Ben's frustration shows he did not know Owen would not cooperate in advance. If there was also a distinct plan, I also believe that he would have saved up enough money in advance for him and Luke to leave the planet. Based solely on this movie, I'd say that Ben had no real knowledge of future events but a feeling of the potentiality of future events if Luke made the right choices.

In the absence of a clear force-inspired reason to ignore their wishes, he's stuck on the sidelines making sure that Luke remains safe and that the farm isn't troubled by local toughs. 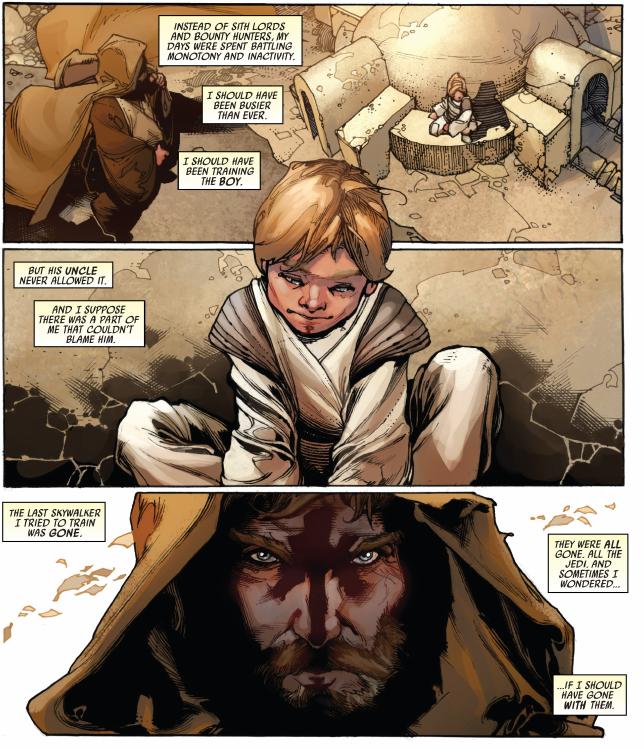 Not the answer you're looking for? Browse other questions tagged star-wars luke-skywalker obi-wan-kenobi or ask your own question.

11
Was Obi-Wan Subtly Preparing Luke For Training?
6
Why did Obi-Wan Kenobi choose to die which could screw the grand plan?
12
Why did Obi-Wan wait years after his death to tell Luke to go to Dagobah to find Yoda?
19
Why was Princess Leia in the Battle of Scarif?
5
Was Obi-Wan speaking the truth when he said "I'm too old for this"?
20
Was Obi-Wan Kenobi part of the Rebel Alliance?
17
In what way was Luke's training "incomplete"?