How does Groot's regeneration work?

While Groot is a formidable brawler, he is not impervious (he is made of wood, after all), and often finds himself reduced to nothing but kindling.

Thankfully, planting even a splinter of Groot's remains allows him to regenerate and regrow.

If Groot could speak intelligently he would tell you Groot is no mere wood! The citizens of Planet X, where Groot came from were an advanced starfaring species complete with scientists and a curiosity about life in the Universe. In Guardians of the Galaxy we are never told what happened to the citizens of Planet X, only that Groot is the last survivor of that species.

And like many of Marvel's regenerating life forms, Groot does not appear to need a corresponding amount of matter, i.e. water, minerals or soil to alter his size, shape or density, nor does he need such things while he is growing. Past the point of germination, Groot appears to be able to take everything he needs from the air, itself.

Groot had only one appearance in the Marvel Universe, Tales to Astonish Vol 1, #13, Nov, 1960. He came to Earth to take a small town back to his planet for study. He was invulnerable to small arms and could take over trees and plants, turning them into a makeshift army. He was presumed destroyed when a scientist exposed him to altered termites which were claimed to consume him from the inside. (This was 1960, stranger stories were told.) 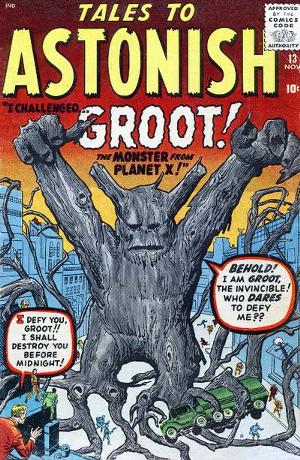 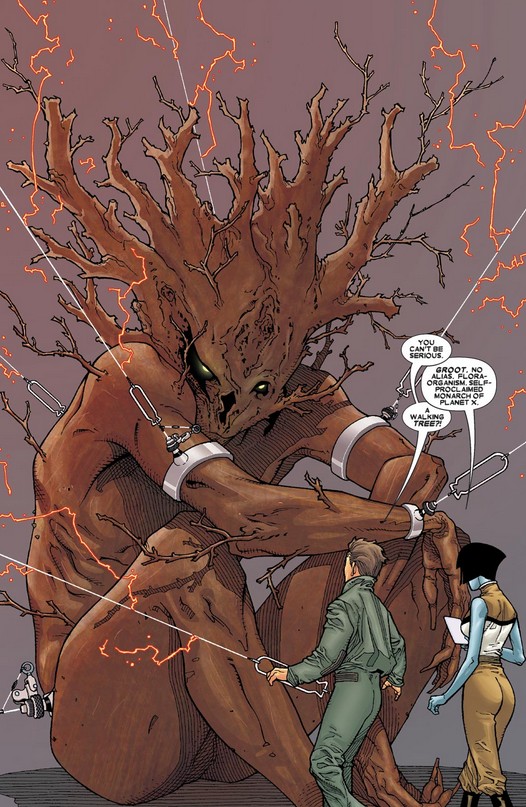 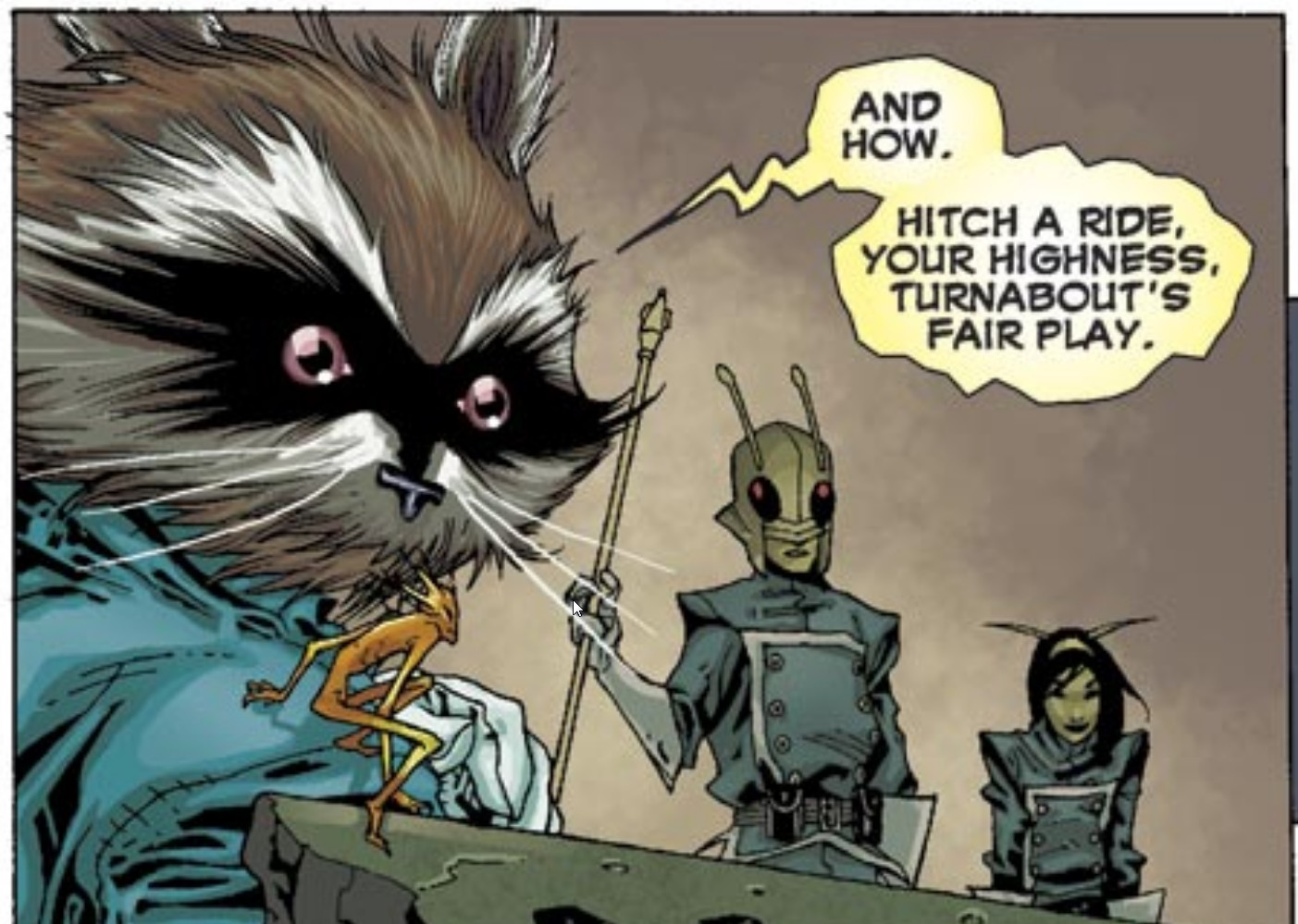 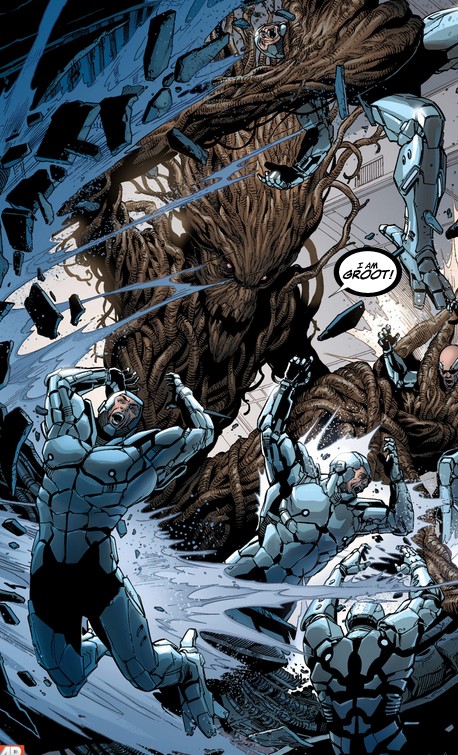 Groot taking on the Spartax warriors who captured the other Guardians. He had been growing in a pot while the Guardians were captured and thus ignored.

As an additional answer, its worth noting that Groots regenerative abilities are the most realistic in marvel comics.

Unlike people who need to eat, the bulk of the volume of (terrestrial) trees actually comes from the air. So if Groot has a hyperactive respiratory system where he can take in massive amounts of carbon rich air quickly, there is no reason he couldn't regenerate from almost any injury. Given that Groot spends time with people who are pumping out quite a lot of carbon this meets this need.

Add to this the known existence of nitrogen fixing bacteria that are symbiotic with some plants, if Groot had a way of holding these in some way (like in a plant-like digestive tract) he'd be nearly self-sufficient.

In fact the only thing that Groot would probably need for continued regeneration is a water source and way to contain it for later use. Now he just needs to learn when it is appropriate to drink and when not to.

The only reason for replanting Groot would be as away to help regrow some of the components he needs, until he is self-sufficient again as a single twig wouldn't have everything necessary for self sufficiency.

The only instances that I have found in my research on the growth patters of Groot indicate that he will grow as a tree does to his full size. I can only fathom to guess that it would require roughly a decade for Groot to be returned to his full potential again however that does not mean that he can not be helpful as an adolescent or even a young adult tree in just a few years.

He does not seem to grow at the speed of a tree, because when Gamora cut off his arms they regrew pretty fast.

It would probably take a few weeks to months for his entire body to regrow.

Groot's growth rate is equivalent to rate at which a given author needs him to be a certain size in order for him to serve the story.

4
Why not grow a forest of Groots?
22
Why does Groot want money?

36
In Guardians of the Galaxy, why does Groot only say the phrase "I am Groot"?
13
How did Rocket meet Groot?
13
What does Groot's last line mean in The Guardians of the Galaxy (movie)? (Warning: spoilers)
52
How does Rocket understand Groot?
22
Why does Groot want money?
6
How does "The Deadliest Woman in the Galaxy" get apprehended in prison?
22
Did Groot's memory survive?
57
How was Groot able to say "We are Groot"?
6
What is Groot's body made of?