How can there be more than 39 stargates when each gate needs a unique "point of origin"?

It is shown in Stargate that there is a limited number of chevrons in each gate. Since we need a chevron for the origin point at the end of each "dialup", it can not be more origin planets than chevrons (e.g. 39).

Since there are obviously more than 39 planets shown on the TV show, how could the series be so long? How could it last long enough long to even Atlantis and Universe?

EDIT: Note: this is not a duplicate of Is there any indicator as to how many planets have Stargates? because there an estimation of the number of stargates is requested, and here the question is about how could that number be so high when you need Point of Origin chevrons and there are not so many different PoO chevrons available.

Each gate contains 38 standard symbols as well as a single unique PoO symbol (Point of Origin). The 38 symbols are used as a way of addressing the gate with the 39th symbol acting as the final command to the stargate to begin the dialling sequence.

This means that each Stargate has 38 common chevrons and one different from all other gates.

As you can see, the standard DHD matches up with the standard gate. The unique symbol is the only one that's new (on both the DHD and the gate) and is the reason why the teams need a few seconds to work out how to dial home, despite knowing Earth's location. 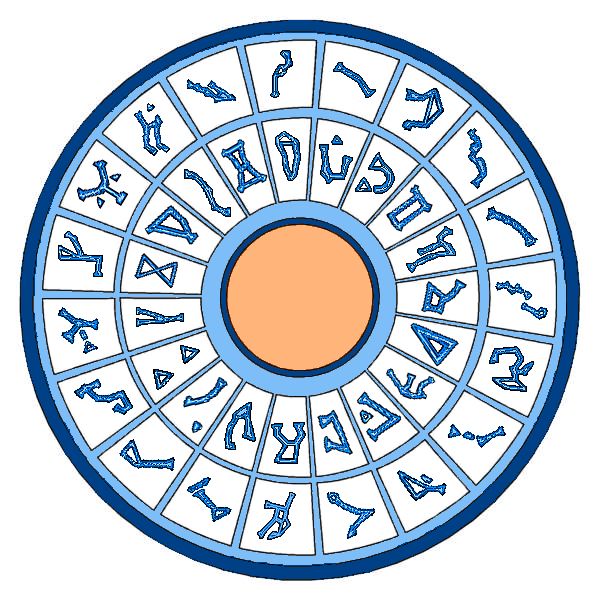 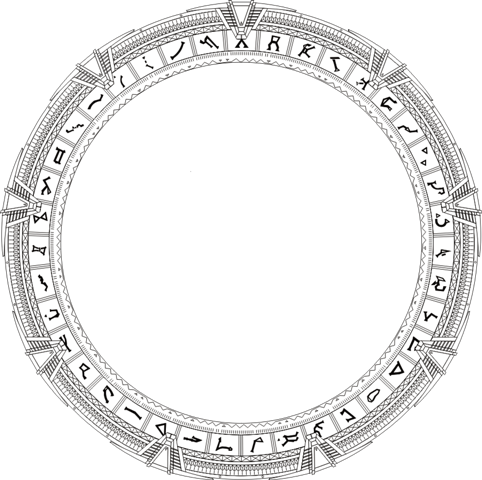 DANIEL : ** And uh...to find a destination within any three dimensional space, you need six points to determine the exact location.

[Daniel draws a cube and places a dot in the center of each of the six "sides" of the cube and then draws lines between them all to intersect at a spot in the cube.]

DANIEL : Well, no, six for the destination. But to chart a course, you need a point of origin.

[He draws a point some distance from a cube and then a line to where all the cube spots intersect.]

From what I gather the are 39 symbols and 6 chevrons for most gate addresses (the maths stays the same for longer addresses ) as the 7th chevron is fixed.

This means that was have 39C 6 (mathematics for out of 39 choices pick 6 Combinations.

Mathematically, this is calculated by saying once we pick symbol one we have n-1 choices, after we pick symbol two, n-2 choices. This continues until we get n-k choices where we stop. Where k is our number of chevrons, and n is our number of symbols. We now have, n!/ (n-k)! , e.g 39*38*...*33 We also need to discard correction sets that are the same besides order, so we divide as well by k! which is the number of ways we can order a set a k items (following a similar logic as above)

This lead us to having this formula

And if we plug those numbers into Wolfram Alpha we get 3,262,623. Which is how we can have so many stargates.

However, this raises a different issue. If a planet's Point of Origin is a normal glyph, this would mean that any other planet that contains that glyph in their address would not be able to be dialed. This would imply that a single location would not be able to reach every Stargate in the galaxy, unless under special circumstances.

Related to this is the point that Milky Way Stargates have 39 glyphs on the inner track. However, Milky Way DHDs only have 38 glyphs. Thus, one glyph from the Stargate is always missing on the DHD. In the image of Abydos' DHD, the Aquila glyph is missing (most other planets' DHDs are missing this glyph as well). We often see that Earth's special glyph appears on the DHDs of planets that use a normal glyph as their Point of Origin, including in The Tok'ra, Part 1, Cure, Memento, and Demons. This could mean that the special glyph is completely unused on those planets, that it acts as the missing Aquila glyph only on those planets, or that it is not as special as first assumed and is in fact a normal glyph.

@Richard – Izkata beat me to it; Destiny's hardware address specifically requires the symbol used for Earth's Point of Origin. It is on the Icarus Base's DHD (kind of blurry, but you can just make it out).

There is a problem of misunderstanding or confusion with the original question which the other answers do not seem to address directly.

Once that distinction is pointed out and understood, the question is moot. But I will nonetheless continue to explain the basic premise of how the Stargate works as depicted by the TV series, since the question is based in that realm, as opposed to the feature film which provides less information and seems to contradict some aspects of what is seen in the TV series.

The 39 symbols are used as references to known locations which are used to chart a destination, and the chevrons are used to select and enter that information to open a wormhole- known as "dialling" an address/the gate.

The top central chevron seems to be used for selecting the desired glyph. When the glyph is in place under it, the chevron moves/clicks down and back up again "encoding" that symbol; which causes the appropriate actual chevron to light up. It seems as though the last chevron to lock is always the top center chevron. Therefore, presumably, if the 7th symbol is not the point of origin then it will be encoded on the next chevron, and the same for the 8th symbol. At that point, the next symbol must be encoded/locked onto the top central chevron because no more chevrons remain unused on the Stargate.

There is a discrepancy in the TV series involving the point of origin glyphs. Most of the Stargates of other worlds do not actually seem to have a unique point of origin glyph, in fact at least some use one of the constellation glyphs as the point of origin. This seems to be a logistical art department prop issue (only two Stargate props were made, and only one was capable of dialling- having an inner ring that was capable of rotating), basically a way to save a bunch of time & money allowing them to recycle footage of the gate dialling by not having to design a unique glyph and replace it on the Stargate and DHD for each world.

Although, I think it's clear that we are supposed to believe that there is a unique point of origin glyph on each Stargate, and it was hoped that it wouldn't be a major issue that there actually wasn't.

It should be noted that there actually were unique point of origin glyphs created for a few worlds, but that really was rarely relevant to the plot, so it was "glazed over".

The symbols on the Stargate are "encoded" using the chevrons- in other words: the chevrons are used to select and dial the symbols of an address. The number of symbols used for an address corresponds to the number of chevrons used to dial that address. Since each Stargate has 9 physical chevrons, it is possible to dial addresses using up to 9 symbols.

The pilot of Stargate Universe creates an impossible scenario of a stargate apparently having an additional point of origin symbol, and hence an additional symbol or it only has 37 constellation glyphs. Additionally bizarre and unlikely/impossible is that the extra point of origin symbol is that of Earth, but not the original glyph for Earth designated by the Ancients; the glyph for Earth found on the Stargate supplied by Ra. This is obviously a "detail" not considered by the writers, or one that they choice to ignore, hopefully without fully realizing the magnitude of the implications and how it undermines the very basis of how the Stargate system works.

32
Is there any indicator as to how many planets have Stargates?
13
What Does the "Point of Origin" Symbol Actually Do?

32
Is there any indicator as to how many planets have Stargates?
18
How Do Stargates Communicate Before they Open a Wormhole?
13
Why Would the Wall on Abydos Have Coordinates Instead of Stargate IDs?
4
Beta Gate Point of Origin Glyph
1
In Stargate Universe, why not just dial the Destiny using 8 chevron method?
6
If the Goa'uld exile you on an unknown planet with a Stargate, can you escape?
7
Is it impossible for Earth Stargate be modded to dial all Stargates?
11
Why are Stargates in Stargate Universe "less advanced" yet have more advanced capabilities?