How can the Stargate symbols represent constellations?

We know that constellations represent stars as they are seen from Earth. So Orion, the constellation used in the feature film as the lead for Daniel to understand the dialing system, has that shape from Earth only. So the same chevron has no meaning from any other place, let alone from other galaxies.

Moreover, six places used for identifying a distant point as seen in this image 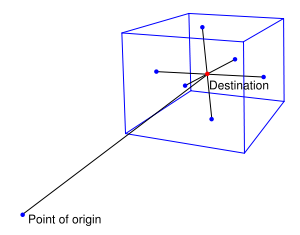 make all the six points to lie in the same constellation as seen from Earth, or from any distant origin point.

The Ancients were faced with the problem of concisely representing galactic coordinates, apparently based on a system of multilateration between known reference points. One obvious solution -- granted not the only one, and depending on the individual not even necessarily the most obvious solution -- is to use constellations as a representation of the reference point.1

Naturally, they picked Earth, their home base in the Milky Way Galaxy, as their "Prime Meridian". Yes, the stars look different from different planets (although nearby neighbors, such as Abydos, might be close enough that at least some look more-or-less the same), but that's not the point. The Ancients had the technology to cross galaxies, and even travel between galaxies; naturally they had maps. And using their maps, any given Earth-centric constellation could easily be used as a symbol for any given reference point they wished. Even ones far beyond the ~1.5kly limit for stars (and, by extension, constellations) visible to the naked eye.

So, no, the Earth-centric constellation-based symbols on the chevrons no more lose their meaning on other planets than latitude and longitude lose their meaning in other countries here on Earth. Because they aren't constellations per se, they are symbols representing points in space used in a multilateration-based coordinate system. Very logical for an advanced space-faring race.

Unless you put the point of origin inside that cube. Now suddenly it works, and becomes a cohesive, meaningful coordinate system for travel between worlds. (Or at least, worlds within the ~1.5kly that said constellations are visible from Earth -- unless the constellations used represent points out beyond that distance, which for a multi-galaxy-spanning empire seems plausible.) If the symbols even are literal representations of constellations.

Remember that when that illustration appeared (feature film), Jackson was explaining to a roomful of multi-star generals -- ironically with no knowledge of actual stars -- how these symbols could work as an "address" for a distant destination. He plunked down the "point of origin" far outside the cube he drew not as a literal representation, but to illustrate his point.

Of course, in that same film, these Earth-centric constellations no more than 1.5kly from Earth opened the gate to a distant galaxy on "the other side of the known universe"! This was of course ret-conned in Children of Earth, the pilot episode of the television show, to make Abydos one of the closest planets in our own galaxy to Earth and thus explain why its address still worked without the computers having to make adjustments for "stellar drift" (let's not get into the monkey wrench that that throws into the works!), but nonetheless that along with the gate's ability to dial other galaxies and even ships far far away do further lend credence to the idea that the gate symbols are just that -- symbols, rather than literal references to the constellations they appear to represent.

Think of it like an IP address (this very analogy is actually made at one point in the show in fact, although I'm going to add more detail...). If I tell you the IP of this site is 198.252.206.16, that's all the information you need to plug into your computer in order to connect to it -- but it's a far cry from the information that each packet you send needs to actually get there. Underneath that representation of the site's location is complex logic involving chains of "hops" from one piece of networking equipment to another. Each one has complex maps inside it that help the packets along to their destination. Along the way a given IP address gets mapped to other formats, e.g. mine becomes 00:1D:F4:94:69:95 (NB: Not my actual address) before it makes that final hop from my gateway to my NIC. This server, though, has absolutely no relationship to the numbers 198, 252, 206, or 16 -- that just happens to be the address. There's a whole lot going on behind the scenes; naturally a system as complex as the Stargate network would be doing even more2 -- but all of that is beneath your awareness: All you need to know is the address, and you can talk to my computer.

And actually, you don't even need to know that! What physical relationship is there to this server's location and the name "scifi.stackexchange.com"? None. So how can you plug that into your web browser and still get here? Because there's another translation system built into our little network here called DNS; you enter a convenient, easy-to-remember sequence of symbols (the URL), and those get translated into an address (the IP), and then that gets turned into the sequence of hops, skips, and jumps that the actual packets take across the planet to end up here. It's the same with the Stargate network -- the 7 symbols aren't a physical address per se, but rather a mnemonic3 sequence of symbols that the DHD network uses to connect to one another and open up the wormholes.

1 It's most probable that the symbols have no actual relationship to the constellations as visible from Earth at all, and that, like Nordic runes or Egyptian hieroglyphics, they are rather just representations of something more arbitrary -- e.g. the symbol we interpret as "Orion" could easily represent a point on the opposite side of the galaxy from Orion! See e.g. the team in the film being surprised at where the probe actually ended up when they opened the gate for the first time -- how could they be if the symbols were literal references to the constellations? They should at least have had a rough idea of where in the Milky Way it would be (and certainly it wouldn't be "on the other side of the known universe")!

2 Mostly all handled by the DHD, hence the SGC's difficulty in getting their gate to work, as they had to reverse engineer everything and build their own system from the ground up. Referenced multiple times throughout the series, especially when there's problems with the gate and their systems don't know how to interpret the error signals it's sending -- or even to listen for them at all!

3 Well, for the Ancients, at least, it was mnemonic, as demonstrated by Jack pronouncing gate symbols and full addresses when his mind was overtaken by the Ancient database. (Thanks to Izkata for reminding me of that!)

39
How can a person "Hold a stargate open" with their arm?
4
How much correction can a stargate perform?
11
Why would in-galaxy dialing need to account for stellar drift?
9
Changes in the Constellations shape over time Vs Stargate Glyphs
6
What exactly do the eighth and ninth symbols in a stargate address represent?
4
Beta Gate Point of Origin Glyph
16
What are the pronunciations associated with the stargate symbols?