Where is the Aether from Thor: The Dark World?

In the post-credits scene from Thor: The Dark World the Aether (which has been confirmed to be an Infinity Stone) was delivered to The Collector on Knowhere.

However, during Guardians of the Galaxy

Knowhere was attacked, and the Collector's collection was partially destroyed by the Gem from the Orb of Morag

This means that that the Aether was possibly exposed during the attack.

Has there been any confirmation about the location of the Aether post Thor: The Dark World?

It could be anywhere. The Collector has hundreds of worlds and museum-ships which store his various collections of plants, animals, and exotic artifacts he has collected over his career.

Since he appeared to be more annoyed than distressed, it can be assumed the Infinity Stone is still safe.

The Marvel Cinematic Universe has not shown the Collector to be the cosmic being he is in the canon Marvel Universe. To understand the Collector, you have to understand WHY he collects things.

The Collector, Taneleer Tivan is one of the Elders of the Universe. He apparently came to self-awareness billions of years ago, on the planet Cygnus X-1. 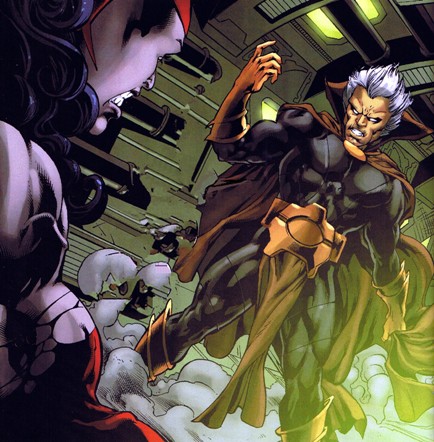 He is an enormously powerful being who wielded the Power Primordial and, though at first he took the appearance of an old human, his true form is a powerful alien. The Elders of the Universe are some of the oldest beings in the Marvel Universe. To maintain their sanity over the millennia, each has dedicated themselves to a particular obsession.

The Collector collects. Everything. Plants, animals, exotic technology, even sentient life forms. He even tried to collect the Avengers once or twice. 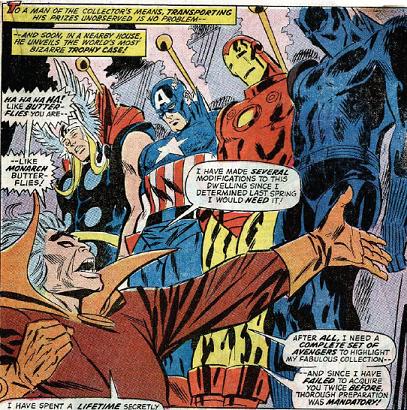 He even uses time travel to find creatures and objects from the pasts of the civilizations he has visited.

This is the most important thing to remember: He has been collecting things for MILLIONS of years.

He has filled up entire worlds with his collections. He also has museum-ships where he stores his most precious objects. The idea that he would keep the Aether on Knowhere (a planetoid filled with reprobates) is highly unlikely. Knowhere looks more like a trading post than a fully fledged collection.

I can’t find a timestamp, but in the Guardians of the Galaxy spoiler special on The Empire podcast (podcast page, between eps #122 and #123), the director and writer James Gunn implied that the Collector would have collections on different worlds. As Thaddeus’s answer explains, this is consistent with the comics, and seems to be true in the cinematic universe.

ETA: I found the quote from a transcript on the Empire website:

And that is probably not The Collector’s only museum. I think he probably has other spaces in which he keeps his incredibly vast collection, so I don’t think it’s just his one collection, that’s just his Knowhere wing.

Then consider Sif’s line in the mid-credits sequence of Thor: The Dark World:

It is not wise to keep two Infinity Stones so close together.

Here she’s referring to Odin’s treasure room, which looks smaller than the Collector’s museum on Knowhere.

Since the Collector knows that the Orb of Morag contains an Infinity Stone, and that the Aether is another Infinity Stone, I assume he moved the Aether to a different location before arranging collection, to avoid any dangerous side-effects of the two being in close proximity.

Presumably we’ll find out exactly where he was keeping it in a future film.

I know who has the soul stone. It’s the guy who has the orange eyes and an orange stone in his armor. You see this character all the time. He is the one who is in the middle of a circle thing which Thor uses to travel to earth. You see him in Thor and Thor: the Dark World. This guy holds one of the infinity stones that Thanos needs for his infinity gauntlet.

My theory is the next two stones (soul and time) will appear in doctor strange and Thor 3 maybe black panther but the location we be relieved before the avenger infinity war stars.....expect Adam warlock to make his entrance into this side of the MCU maybe the guardians of the galaxy...only because he is seen resting in the collectors collection and after the power gem destroys the servant his cage is destroy...all speculations tho just my thoughts!

Look for thanos to destroy zandar to retrieve the power stone then use it to capture the rest I'm not sure but he obviously is going to do something if he going to collect them himself.

Here's my theory about what happened to the Red Infinity Stone at Knowhere - and it's a doozy - relying on Norse/Icelandic linguistics.

The Red Reality Stone is the fluid Aether, which denotes a light and airy substance. It turns out there is another Icelandic word that also derives from "Aether"...

So my theory: the Red Stone was at Knowhere when the Purple Power Stone went kablooie in GotG and the Aether was transmogrified into eider... into none other than Howard the Duck.

6
Who was the person during the credits of Thor: The Dark World
3
In which Realm did Asgardians leave the Aether?
5
Why wasn't Malekith able to see through Frigga's illusion?
7
Is Jane Foster superhuman?
11
Why didn't Thanos make an attempt to steal the Aether?
18
Is Aether really an Infinity Stone?
10
Whereabouts of Odin's spear, Gungnir, after the events of Thor: Ragnarok
16
Why did Loki say Thor can't see Jane if he destroys the Bifrost when space travel was a thing?