I read this book in 2008, though it probably wasn't new then, and I remember a great deal of the plot but not the name. The story is told along two parallel threads: one in the year 2025, immediately post-apocalypse, and one much later.

In 2025, Dominic is left behind in his old school. It gets taken over by the army, and a lot of kids arrive to go through some kind of rigorous training. Weaklings disappear, and when only a few are left samples of their DNAs are taken; these kids will be cloned to form the future population of the world. Dominic and a girl called Ruth, not part of the training programme, fall in love, but she's also sought after by the Major, leader of the army presence there. Another enemy of Dominic's is Frank Barbieri, one of the other kids in the programme. This storyline ends with Dominic and Ruth having sex and, the next day, the Major shooting Ruth dead.

The other plotline centres on a Hunger Games-type competition between kids from various factions. An important man in the world at this time is (Jan?) Barbieri, a clone of the original Frank Barbieri, who runs two of the factions, Visions and New Visions. A low-down trainer (Jan?), a clone of Dominic, is one of the main characters, addicted to a drug called the Lady. A girl competitor, a clone of Ruth, is the main character in this storyline. She's part of the weakest faction (the New Visions are the strongest, Barbieri's chosen), but does much better than expected. I think this ends with her and the drug addict running away together and him dying.

I can remember a lot more than this, but this post is long enough already!

Based on just the names given, I'm going to say that this is "The Selected" By Patrick Cave

Cloning has become a way to ensure power for a select group of people, known as the Great Families. But with such an imbalanced society, unrest is inevitable. When Adeline, a flawed clone on a quest for truth, discovers a set of diaries from one of her forebearers, she realizes that she could be the savior the people have been waiting for….But will she have the courage and ingenuity to outwit the forces ranked against her? 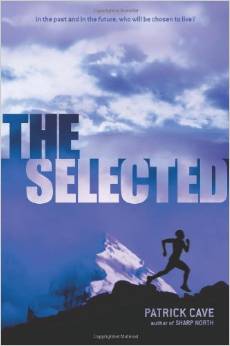