Is Herpo the Foul still alive?

Herpo the Foul is one of the earliest known dark wizards. He was the first person ever to create a Horcrux.

Did someone take the pains to destroy his Horcrux or is he still alive? 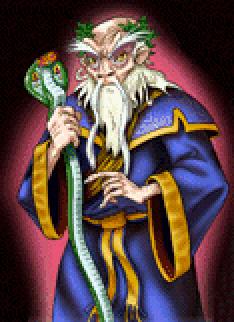 I am not aware of anything that describes whether Herpo’s horcrux was destroyed, or whether he is still alive, in any of:

and I also checked the HP Wiki and HP Lexicon, for good measure.

As far as I can find, he is never described as anything except “Greek” or “Ancient Greek”, and there’s no evidence that he was active after Ancient Greek times. Given that he was a very prominent dark wizard in his heyday, I’d be surprised if he just dropped off the map. I would guess that he died at some point before the main books, but I don’t know when that was or how he died.

While there is no information about this as stated by alexwlchan, I would hazard a guess that the fact that people knew he had made a horcrux, and that it was mentioned in a book leads me to believe that his horcrux was destroyed, as well as he himself was killed. My reason for this are simple.

All in all I can say we can safely assume that Herpo the Foul died sometime in the past, as A. his horcrux was known, B. he is in history books, and C. good wizards always win.

No. And here is why we can derive this conclusion.

This highly suggests that given the many ways listed to destroy a Horcrux - Basilisk venom, Fiendfyre, etc. - Herpo's Horcrux is one of many Horcruxes that might have been destroyed to find out this information.

Because of Herpo's simultaneous creation of the Basilisk, whose venom destroys Horcruxes, it is very possible that his Horcrux (the first Horcrux to be destroyed) was done so using Basilisk venom.

Herpo could still be out there. If Voldemort didn't have followers/servants he wouldn't have been reborn and probably might have never gotten back his body and been left stranded in that Forest in Albania also a lot of people believed he died. Herpo the Foul might have also ended up as "shadow and vapor" with no servants to aid him. Just because it was discovered he created a Horcrux does not mean he divulge his secrets. He could have kept them hidden and they were discovered after he "died." Leonardo DaVinci's notes and designs were put in code by him to hide their secrets but were decoded years later. The dead sea scrolls were meant to be hidden away but still were discovered.

19
Could Voldemort have died a natural death with his horcruxes intact?
4
Did Voldemort know what would happen when he died?

41
Is the Harry Potter Universe Loveless? (or short on it)
17
Did the Sword of Gryffindor become a dark artefact when Harry killed the Basilisk?
12
How would Voldemort restore himself from a horcrux?
8
How does Salazar Slytherin speak Parseltongue?
3
How was Voldemort able to create Nagini Horcrux in his current condition?