Does Batman get sick from common diseases?

As a human he should get sick normally, but has that been shown in the comics? (like cold, flu, stomach ache, or headache)

In the Knightfall storyline it is shown that Batman is suffering from an illness (most likely a cold) and severe fatigue. He seeks the assistance of doctors but is told he just needs to rest. Unfortunately he isn't able to get it and is brought to his mental and physical limits as Bane releases all the inmates from Arkham Asylum.

Batman is so determined to keep going he often does not let injuries and sickness prevent him from his crime fighting. There are times in the comics where he gets sick or injured and is told to rest and stop, but you see him immediately get dressed and leave when something new develops. 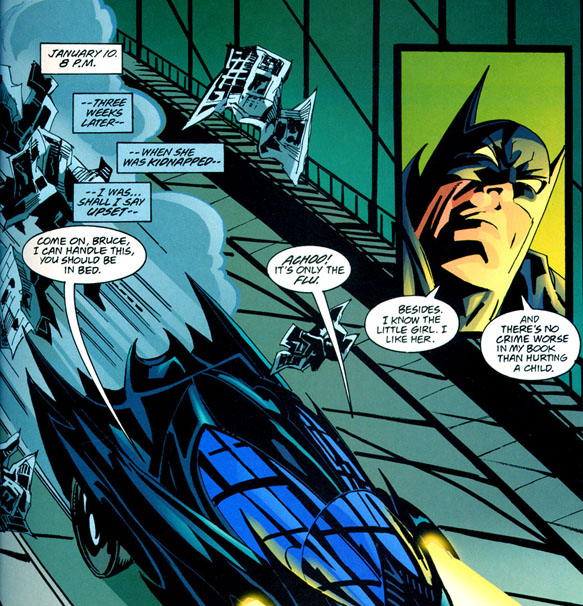 34
How does Batman have time for the amount of research he does?
13
Does Batman/Bruce Wayne have a quintessential "love of his life"?
24
How different is Superman's physiology from a normal human?
40
Are there criteria for being a super hero and does Batman meet them?
10
Should I start reading batman from the start or from the new 52?
11
Does Batman ever say "Because I'm Batman" in-universe?
62
Can Superman get drunk?
3
How many different types/colors of Lantern Rings has Batman had access to?
30
Does Batman have a spacesuit?