What does Lucy turn into at the very end?

So, I just watched the movie Lucy (starring Scarlet Johansson), and although I think I got most of it, I do have some questions about it.

"Humans normally use only about 10% of their cerebral capacity"?

What is the significance of stating the figure to be 10% in context of the movie, especially when there seems to be a lot of disagreement stating otherwise? There is this article on Wikipedia: Ten percent of brain myth and another one which places this belief to be on the List of common misconceptions. Why, then, are we told that the usage is just 10%?

And the most essential question I have:

By the time she reaches 100%, what exactly does Lucy turn into?

Throughout the progression of her transformation, wherein Lucy steadily gets access to further remote areas of her brain, she is shown to acquire several powers. She travels through the space/time continuum, traveling back through time to reach the ape Lucy. Also, when there is a glimpse of planets, galaxies and universes, I'm thinking that is intended to imply that she gains knowledge of formation of galaxies as well.

At the very end, what exactly does she become?

Also, when Lucy responds with the text at the end, what are we told? Does it mean that Lucy is now physically dead, but omnipresent via the USB, or perhaps even without it?

She became what Luc Besson thinks of the Ultimate Human as being; a connection to the Universe itself, passing back information to its descendants as it transcends our experiences.

As for the percentage counter:

Because its the premise for the movie - it doesn't have to truthfully reflect actual known science, it just has to sound plausible to act as the basis for the story.

The original screenplay indicates that Luc Besson had in mind that she had transcended space and time to become part of the universe itself:

The camera hurtles at top speed through periods and plains toward Lucy, sitting on her chair in the middle of the lab.

The camera arrives so fast, like a car speeding into a wall, and the impact is so violent that Lucy disappears.

Her clothes fall on the floor. She is nowhere and, most likely, everywhere. She is now part of the Universe, part of this never-ending story that constantly lives and dies, like a simple cell.

Quite how this allows her to continue existing and what it means for the human race isn't spelled out. Based on the final scene, it seems likely that we're supposed to presume that she has become a god. 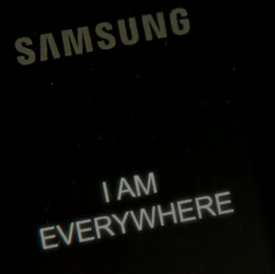 Oh, and the USB contained

The theory the movie sides with is that when the brain works close to the 10% capacity (which is the amount the average mind uses), humans will function as we know them to. Humans will have a conscience and cognisense. This is basically everyone we know.

The 10% theory is shunned upon by many, but let us ignore that for the sake of the movie.

When humans start to tap into more of their brains, the movie suggests that the humans will not be restricted by touch to access things (mechanical force). Lucy is able to access wireless networks by plugging into it mentally. The theory is that with higher % of brain usage, humans can access and use the electromagnetic fields just like we pick up a glass of water with our hands. In our world today, this is supernatural but the movie suggests that it is not supernatural but just a higher state of existence.

As Lucy's brain function elevates further and further, she is able to tap into and use all forms of energy around her. She can look into the past or the stars and galaxy because they are all forms of light energy that she can access. (eg: The reflection of yourself in a mirror is you looking at the past because light takes finite time to travel from you to the mirror and back to your eyes)

The final disintegration bit was a little outrageous. The theory there is that with 100% tapping of a brain's functions, you don't need to exist in the physical form of a human at all. She becomes an omnipresent conscience that is connected through pure energy. Pure energy that can alter other form of energy as she likes. She is able to control electromagnetic fields to get networks to send out SMSs, SMSs are after all signals that are sent to the phone over a wireless network.

There is also some of the Asian philosophies that are in alignment with the film:

Dvaitam: Is the concept that most of the world follows. There is a divine power and there are the creations of the divine power. This is dualism.

Advaitam: Is the concept of one single reality. Atman (the living soul) is the same as Bhraman (single reality). What life is, is merely an illusion that we perceive. Everything living is merely a combined conscience. To get to that realization is deemed attaining Nirvana.

Vishishtadvaitam: is the concept of one single reality too. The difference is that here we have the divine power has multiplicity. This means the living exist in a pseudo-singular existence, but death causes the being to unite with the single reality.

Lucy explains that “we never really die”. This pairs well with the concept of Vishishtadvaitam where death only leads to rejoining a singular reality. Lucy, based on the concepts of Advaitam, has attained Nirvana and is now aware that she's part of that singular reality and doesn't need her physical body anymore. "She is everywhere".

I couldn't help notice the striking similarity between what happened to Lucy at end, and what they call Acension in Stargate. Read this: http://stargate.wikia.com/wiki/Ascension 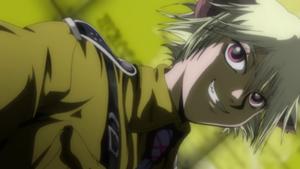 Joke aside, she became a being outside of our comprehension, capable of being anywhere she want in time and space, and as such, everywhere and nowhere in the same time.

She don t have a physical body anymore, but she became one with the universe, space, time, she may not be god, but the being the closest to be it.

My theory is that at the end Lucy transcends to a state of pure energy that's why she says she is everywhere, it may be the next step after humans reach the pinnacle of evolution.

Not the answer you're looking for? Browse other questions tagged lucy or ask your own question.