How many moons does Gallifrey have?

In Doctor Who the Doctor's home world is in a binary star system. It is also several times larger than Earth and must have a great gravitational pull.

My question is, has there ever been mention of how many moons it has?

Depending on your preferred reference materials, Gallifrey either has one natural satellite (known as Pazithi Gallifreya) or two or possibly none. The planet also has a wide variety of artifical orbital structures visible from the surface and a dust ring system similar to that of Saturn.

Pazithi the mystic, the virgin moon Goddess, still watched over them, and was still worshipped. Yet even with the antique telescope at his window, he could make out the industrial complexes that fouled her sacred surface with angled shadow — the dust-grubbers and smelting furnaces that raped her divine celestial beauty.

From the Prose novel Lungbarrow :

'It's a coincidence. A downfall of fish, frogs or water lilies can be precipitated by any simple tornado. Have they forgotten about ocean cones, when the Gallifreyan sea gets sucked miles high by an eclipse of the sun and the dark moon?

The Doctor Who comic Agent Provocateur shows Pazithi Gallifreya but it also shows another large green-coloured moon in opposition.

The prose novel The Gallifrey Chronicles records that Pazithi was destroyed in the final stages of the Time War, along with the (apparent) destruction of Gallifrey. It fails to mention any other moons:

The ivory moon, Pazithi Gallifreya, was caught and consumed by one of the atmospheric flares

To add further confusion, on both occasions that we see Gallifrey from space in the TV series (Day of the Doctor, End of Time Pt II), on neither occasion does it appear to have any moons at all.

And in the Doctor's reminiscence in "The Sound of Drums", we only see one satellite, presumably Pazithi. 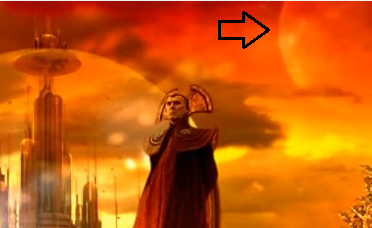 In the Tardis Data Core, it says that there were at least 2 moons. Specifically:

Gallifrey had at least two large moons and a ring system, similar to Saturn in Earth's solar system. (COMIC: Agent Provocateur) One of the moons was the copper-coloured Pazithi Gallifreya, which shone so brightly it could be seen during the day. (PROSE: Cat's Cradle: Time's Crucible, Lungbarrow) Gallifrey's moons perished with the Daleks when Gallifrey disappeared. (COMIC: Agent Provocateur, TV: The Day of the Doctor)